Loans in Russia are becoming a dangerous problem for the economy 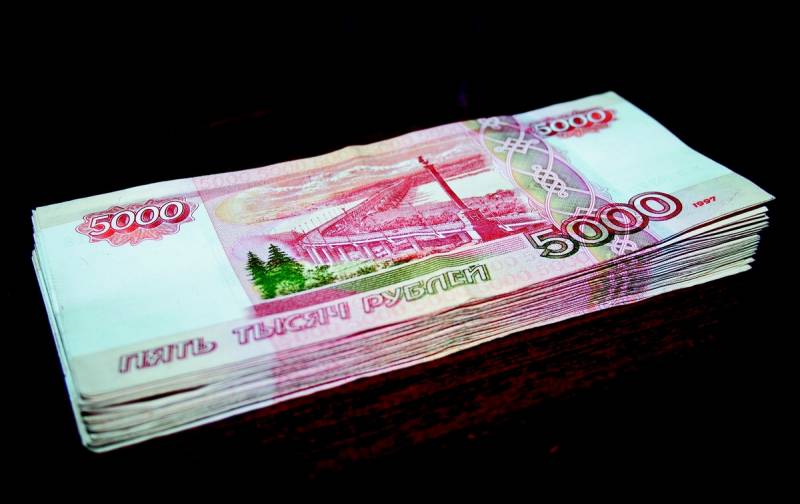 According to the Bank of Russia, our country has approached, if not to a dangerous, then to a rather alarming line - the share of loans for which citizens are overdue by more than three months has grown to a record level since 2016. By the beginning of last month, the aggregate amount of overdue debt of Russians reached 1 trillion rubles. And the total volume of their retail loans is steadily approaching 19 billion.


Why did it happen? Why do our compatriots allow themselves to live beyond their means and what is it fraught with? Let's try to understand these issues, and at the same time find out whether this problem is purely ours, a domestic misfortune, or is it similar to other countries?

You take strangers and for a while, you give yours - and forever

Alas, this truly golden folk wisdom, which absolutely exhaustively describes the essence of any loan, no matter what, at first glance, favorable conditions it was provided, was almost instantly forgotten by us, it was only worth it to roam in the expanses of the former Soviet Union, whether it was wrong, "Perestroika" to truly "wild capitalism". Among the multitude of completely lying, false and openly harmful ideas that took root in the minds of Soviet people, there was one: “Why does the whole world live so well and satisfyingly? And because - on credit! " Do you want a new car, home, household machinery or something else? So why save up, interrupting at three jobs and denying yourself everything, for many years waiting for your own dream to come true? There is a much simpler and, most importantly, quicker way: sign a completely non-burdensome commitment - and enjoy life now! And you will pay for the acquired benefits later and gradually, while using them immediately and in full.

It would seem - indeed, a real fairy tale, a solution to all problems ... However, at the same time, sweet-voiced "dream sellers" kept silent about such a thing as interest on a loan, which could turn the life of a "lucky man" into hell and a nightmare, and himself into a slave who voluntarily got into own neck slave collar. No one thought (and many do not think to this day) over the question: why from ancient times usury was considered a dirty and sinful occupation? Why do all world religions treat him extremely negatively, and in Islam there is a direct and extremely strict prohibition on the issuance and receipt of loans at interest? In Judaism, by the way, too - but only when it comes to co-religionists ...

Having blown their heads out to people who are accustomed to religiously believing the printed word and the voice from the television, they were given the opportunity to stick their heads in a yoke, which is extremely difficult to throw later, if not impossible at all. What did it lead to? Residents of most of the countries of the "post-Soviet space" quickly and tightly "sat down" on the credit "needle", like drug addicts on the hardest "nonsense". The result is logical - in Russia the level of debt load of the population began to approach the critical already at the end of last year. Almost every family in our country spends up to 30% of its annual income on paying off loans and borrowings. Moreover, what is typical, according to official data, most of all were mired in debt as the Russian regions with the most difficult economic situation (Tyva, Adygea, Chuvashia and others), and, even more alarming, those strata of the population that belong to the least prosperous. categories.

According to statistics, single mothers and large families have the most financial obligations that they are unable to pay off. Moreover, many of our fellow citizens, balancing on the edge of a debt hole, are trying to solve the problem ... with the help of more and more new loans! Back in the middle of last year, the number of Russians forced to make payments on three or more loans exceeded 15 million, and even then at least 7% of our country's residents managed to throw 4 or even more debt strangles around their necks. It is clear that this is not done out of a good life, but often out of despair. However, all such attempts to "get out" of the situation by the method of the famous "trishka caftan", in fact, do not correct, but only aggravate the situation of people who have found themselves cornered.

Unfortunately, we have to admit that the excessive availability of loans in many cases is not a blessing, but a real evil. Tempting offers from stores, actions of banks that almost impose credit cards on you with a clearly inflated limit of borrowed funds - all these are just tricks designed to make a person endlessly pay the same interest that is for any financial institution (it does not matter if it is a large bank or, moreover, a microcredit organization) the most desired and easy earnings, in fact - money "out of thin air". Those who "generously" lend to citizens, whose ability to settle accounts with them quickly and without problems is doubtful even at the very first glance, are not "gullible fools" at all, as it might seem to an inexperienced person. They are just interested in you remaining as a borrower as long as possible - the lender, on whose side the Law stands, will get his own without fail, and the coveted interest keeps dripping and dripping. Already in May of this year, only the debts of Russians on their "credit cards" amounted to about 140 billion rubles.

Due to the coronavirus pandemic and the quarantine restrictions associated with it, the situation slowly but surely began to approach catastrophic - the growth rate of overdue debts from 0.1% per month in 2018 jumped this year to 11% per month, that is, as it is easy to calculate, they 110 times! This, by the way, is lower than expected in the most pessimistic development of events with the spread of the disease and quarantine, an increase in the growth rate of "delays" by all 20%, but still enough for unrest. One of the reasons for the problem, as acknowledged by the most honest experts, is the excessive desire of domestic banks to "make happy" their clients with the opportunity to get into more and more debts, even without real sources of income. Interest is accrued by them regularly ...

But what about the "West on credit," you ask? Is it all a lie? The fact of the matter is that no. At the same time, we have a completely paradoxical thing - the level of credit burden on the population in countries with a much higher average standard of living is several times higher than the same indicator in Russia! The Organization for Economic Cooperation and Development (OECD), which keeps a very careful record of such things, last year calculated that the average debt burden, for example, of Czechs and Poles is 62-66% of their annual income. In our country, as I said above, a similar "bar" reaches about 30%. In even more developed countries, the picture is even more beautiful - the debt load of the Germans is 93% of their earnings per year, and for the Americans and Japanese it even exceeds it (109% and 106%, respectively)!

True, their "achievements" pale in comparison to the ability to live beyond the means of the same Scandinavians - the Danes and Norwegians, for example, manage to go into debt, on average by 240% and 280% of their own income. At the same time, local governments and state financial regulators are in no hurry to sound the alarm about this. Quite on the contrary, they react quite positively: “more loans - more purchases, more purchases - an increase in the volume of goods and services, stimulation of production and business ...” And so on, in the same spirit. What's the secret? Most of our compatriots are inclined to believe that the whole point is in the much higher salaries of residents of "developed countries" - they say, with such earnings, one can "without straining" and pay loans. There is some truth in this, but it should be remembered that the prices there, respectively, are also higher. So the trick is something else.

The essence and meaning, if you haven't guessed yet, is the main thing around which the whole credit "carousel" "revolves" - in percentage. Let's take the main point: consumer loans. In our country, you can get one at a rate of 6% to 30%. But, most likely, it will be closer to 30% ... In the United States, the rate in the same situation will reach a little over 4%. In Britain, even less - 3.8%. In Japan - generally 2%. The situation is approximately the same with mortgage loans or for the purchase of, say, a car - rates are 3-4 times lower, if not tenfold. It is this (in combination with higher incomes) that leads to the fact that payments that are more or less acceptable for citizens of the United States, Japan, or most EU countries, for Russians turn into an unbearable burden. Alas, we have to admit that, having set off in pursuit of a "beautiful life" according to Western patterns, without taking into account our own real capabilities and peculiarities of domestic realities, we all wandered somewhere wrong ...

Naturally, the coronavirus crisis did not improve this situation at all, but, on the contrary, very seriously exacerbated it. According to regulators, even before April, our compatriots tried, if possible, to regularly repay their own loans, but then things got worse and worse. What's next? So far, domestic experts in the field of finance continue to assure us that a "credit collapse" does not threaten the domestic banking system: they say, the "safety margin" of financial institutions is quite large, and the risks - they are risks, where can we go without them ... And if something happens, the state will help and will not let go, at least, for the largest, systemically important banks. Sounds promising, but ...

Back in the summer of last year, before the coronavirus 2019, the then Minister of Economic Development of Russia Maxim Oreshkin said exactly the opposite. He just warned about the ever-growing danger of a colossal crisis that could hit the country precisely because "the bubble of consumer lending will burst." According to a senior official, in such a situation, Russia can expect a 3% drop in GDP and a slide into recession. Then they listened to his words, and ... they continued to distribute loans to the right and to the left, "stimulating consumption." Then a pandemic came and it became somehow not up to this topic. Nevertheless, as can be seen from the calculations of the Bank of Russia, the problem is not that it has not gone anywhere - it has worsened at times.

We can only hope that, while serving as assistant to the president, Mr. Oreshkin will be able to help him, and us, and the whole country to get out of the situation in which we find ourselves. After all, the distance from the country of bankrupts to the country-bankrupt is not great.
Reporterin Yandex News
Reporterin Yandex Zen
9 comments
Information
Dear reader, to leave comments on the publication, you must sign in.