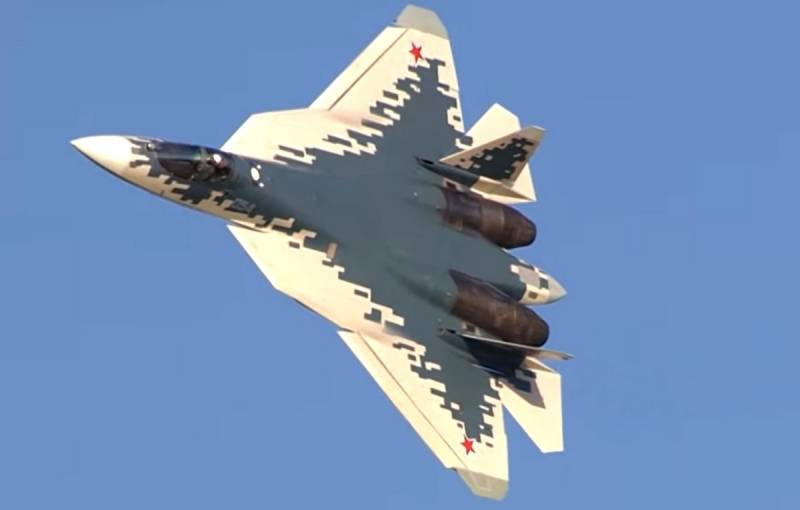 Russian fifth-generation fighter Su-57 was attacked. So far, informational. Foreign military experts in foreign media and assenting to them in comments on domestic news Russian-speaking Israelis throw mud at the portals of this plane, and some even have enough intelligence to write that "it does not exist at all." What is behind such information attacks?


The Su-57 meets all the requirements of a fifth generation fighter: it is inconspicuous, multifunctional, capable of maneuvering under high G-forces and moving at supersonic cruising speed. It includes the ability to interact with unmanned aerial vehicles. In the future, the Su-57 will be able to be controlled by the operator remotely, or even by artificial intelligence. Despite a number of identified problems, this is a real technological breakthrough of the domestic military-industrial complex.

Note to former compatriots who emigrated to Israel: in the United States, the Russian fighter jet was named "Felon", which translates as "Outlaw", not "Fake". Yes, the Su-57 disaster was an unpleasant blow to the image, but unfortunately, anything can happen with the latest military equipment. Planes periodically crash, and not only in Russia. The fifth generation fighter was modified, by transferring missiles inside the fuselage and installing radar blockers, the effective dispersion area decreased, which improved its stealth. Perhaps the F-35 is less visible on the radar, but the Russian fighter in capable hands is able to outplay the American due to better maneuverability.

The main problem of the Su-57, probably, can be considered not so much some individual technical parameters as its cost. This is a very expensive plane. The Russian Defense Ministry has ordered a total of 76 winged aircraft at a total price of 170 billion rubles. The main way to reduce the cost of production is to increase their series. Initially, it was assumed that India would participate in the joint project to create a fifth generation fighter (Fifth-Generation Fighter Aircraft), which would begin to purchase export modifications of the Su-57. But New Delhi left the FGFA.

Now Algeria acts as a potential buyer of the Su-57. This North African country has traditionally cooperated in the field of arms with the USSR and now with the Russian Federation. The Algerian army is in a respectable 13th place in the world in terms of power, and the Air Force is considered the strongest on the "black continent". The rise in defense spending is clearly linked to events in neighboring Libya. Before the invasion of NATO troops in 2011, the military budget of Algeria was 3% of GDP, today it is officially 6%, but in reality, most likely, all 9%. He buys from Russia the T-90S tanks, the S-300 PMU-30 and Tunguska air defense systems, the Metis and Kornet anti-tank missiles. The Algerian Air Force is mainly represented by Su-30MKA fighters of the 4+ generation, MiG-29, MiG-25PDS interceptors, Russian-made Su-24M bombers, etc.

Redistribution of spheres of influence has begun again in neighboring Libya. The media reported that Dmitry Shugaev, director of the Federal Service for Military-Technical Cooperation of Russia, arrived in Algeria on a visit. Local television showed an official holding a Su-57 model. This inevitably suggests that the North African country may be interested in increasing its combat capabilities in the fight for air supremacy with fifth generation fighters. Given the long-term nature of successful cooperation, the choice in favor of Russia seems obvious. If this is the case, then the domestic military-industrial complex will receive additional orders and will be able to increase the series of Su-57, which will have a beneficial effect on the cost of their production.

Then it is not surprising that "all-knowing" military experts from the United States and satellite countries are annoyingly tapping their fingers on the keyboard, belittling the dignity of the Russian fighter and enthusiastically praising the dignity of their "flying iPhone" F-35.
Ctrl Enter
Noticed oshЫbku Highlight text and press. Ctrl + Enter
We are
“Killer Aircraft”: the failure of the Boeing 737 Max and its consequences for Russia
What will Russia do when the ISS does not
Reporterin Yandex News
Read Reporterin Google News
30 comments
Information
Dear reader, to leave comments on the publication, you must sign in.