The only Romanian nuclear power plant will be developed by the United States: greater control of nuclear energy in Eastern Europe 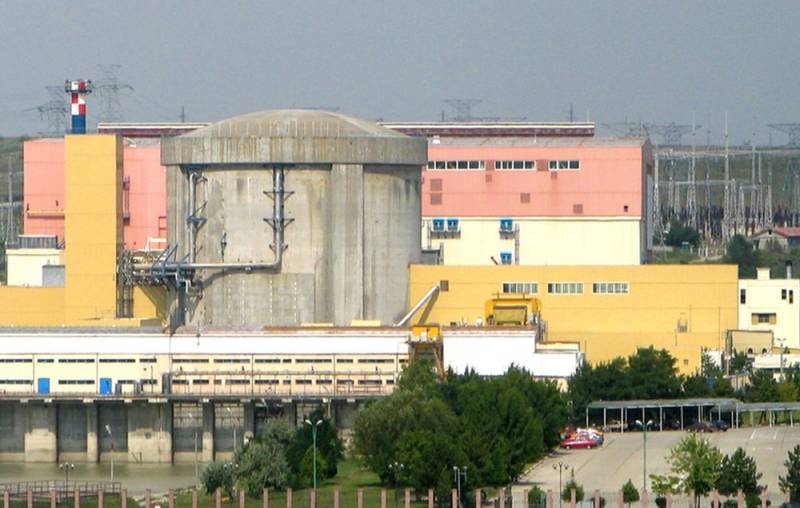 Washington is expanding its energy cooperation with Bucharest and Warsaw, writes the Polish Internet portal Energetyka24.


The US Department of Energy has informed the public that the head of the department Dan Bruyette and the economics, Energy and Environment of Romania Virgil Popescu initialed the draft intergovernmental agreement, which provides for the Romanian-American cooperation in the field of maintenance and completion of the Cernavoda nuclear power plant. The document provides for the participation of American specialists and of technologies during the construction of power units No. 3 and No. 4, as well as in the maintenance of the operating power unit No. 1, the only NPP in Romania.

According to Romania Insider, the Romanian government is going to hold a meeting with the President of Ex-Im Bank (US Export-Import Bank) Kimberly Reed to conclude an agreement to finance the development of the Cernavoda nuclear power plant. Ex-Im Bank is owned by the US federal government and provides loans on the international market. The approximate cost of the project is $ 8 billion.

In the near future, the Polish government will sign a similar intergovernmental agreement with the United States, which will provide for the development of a joint nuclear project. Back in 2019, Poland's Ambassador to the United States, Piotr Wilczek, announced that Warsaw expects the participation of American capital in the construction of the Polish nuclear power plant.

Note that Eastern Europe really needs electricity very much. But the United States' vigorous activity in this matter began only after the completion of the construction of power unit No. 1 of the Belarusian NPP. Washington is very much afraid of Moscow's further advance in this energy sector. Therefore, the United States decided to combine its economic and political interests in the region. Therefore, the United States is going to control the nuclear power industry in Eastern Europe to a greater extent, to make profit from this and to increase competition with Rosatom, which is engaged, for example, in the project of the Hungarian nuclear power plant Paks II.

At the same time, it is not clear from the Romanian-American agreement what will happen to the operating power unit No. 2 of the Cernavoda NPP, since nothing has been said about it at all. What reactors the United States is going to supply for power units 3 and 4 of this nuclear power plant is also not said.

It should also be recalled that in 1990, under pressure from the "democratic" and "ecological" public, Russophobes and other similar publics, the construction of the four-unit Zarnowiec NPP was solemnly and very "patriotically" stopped in northern Poland. At that time, the construction of the nuclear power plant had already been underway for 7 years, enormous money was spent on it, two power units were almost ready.

US interests do not stop with Poland and Romania. Recently Washington proposed Sofia has its own version of energy cooperation. Moreover, in Bulgaria, whose government is not very happy with this proposal, the Americans have someone protect US interests on the street.
Ctrl Enter
Noticed oshЫbku Highlight text and press. Ctrl + Enter
We are
Japan thinks about delivering preemptive strikes to neighboring countries
The United States announced the lack of technology in Moscow to complete SP-2
Reporterin Yandex News
Read Reporterin Google News
4 comments
Information
Dear reader, to leave comments on the publication, you must sign in.