Bridge to Sakhalin: Should We Raise the Payback Question? 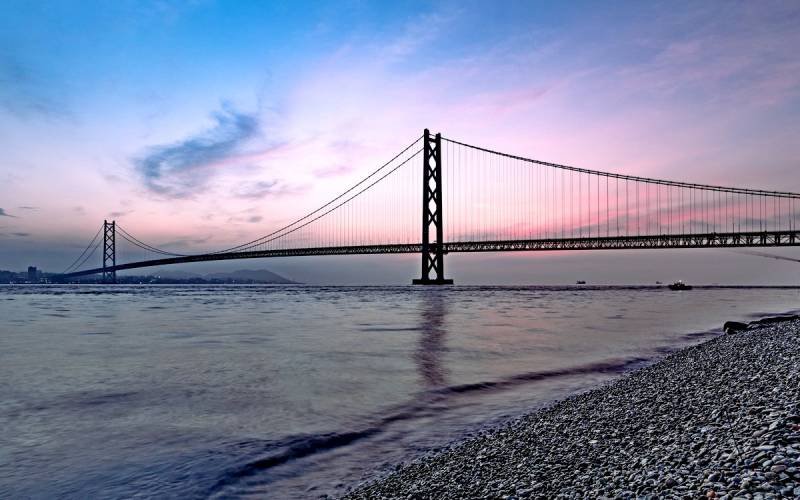 The Crimean bridge has been completed, the peninsula is connected by road and rail with the mainland of Russia. Now the air was clearly curled with another mega-project. President Putin again raised the issue of building the Sakhalin Bridge, which would connect the island to the continent. But how timely and relevant is this infrastructure project now?


A few days ago, the head of state at a meeting with parliamentarians said:

The bridge to Sakhalin is, of course, very important for us. This issue has not been removed from the agenda, we are studying it, it is, of course, an expensive story.
Darling - that's putting it mildly. Let's try to assess all the obvious pros and cons of the promising Sakhalin Bridge. Critics of the project quite rightly point to a number of serious problems.

At first, this is its extremely high price. Two years ago when we first requested to this topic, its cost was estimated at 540 billion rubles. At the same time, such infrastructure projects in our country have an unpleasant tendency to significantly rise in price as they are implemented. It should be borne in mind that since then the federal budget has been seriously overstretched due to the fall in hydrocarbon prices, and so far there are no good prospects for the growth of world quotations.

Secondly, in a market economics a natural question arises about the payback of the project. According to preliminary estimates, the bridge can return investments only if Sakhalin is connected with the Japanese islands into a single transport network. And this is an additional huge investment from the Land of the Rising Sun, which itself is experiencing serious economic difficulties. And for Tokyo, export by sea may ultimately turn out to be more profitable than some kind of overland transit through Russia.

But there are other views on this problem. Proponents of the project rightly point out that the bridge will improve the transport connectivity of the isolated large island with the mainland of the country. In addition, the large-scale construction of the infrastructure adjacent to the bridge will stimulate the development of the Far East. A real transport corridor will emerge from the Irkutsk Region to Sakhalin through the north of the Khabarovsk Territory, tying the BAM into a single network, which will increase the speed of movement of goods. Industrial enterprises will receive guaranteed orders, new jobs and opportunities for starting a business in an openly depressed region will appear.

Depending on how and by whom it will be implemented, this mega-project can become either a financial black hole or a way to maintain and develop the Russian economy during a difficult period of its recession.

But there is one more interesting option, which we told earlier. It might be more expedient to build a dam with a sluice system instead of a bridge. This can be implemented much easier and faster, and the dam is more reliable and safer than a bridge crossing in case of emergency. On it you can organize beaches, not far from it, fill islands for elite buildings, organize yacht clubs and so on. The most interesting thing is that the appearance of a dam in the Tatar Strait can have a positive economic and environmental effect: the cold current will be redirected to the Pacific Ocean from the north and the average temperature on the Far Eastern coast of Russia will rise. The ports will become ice-free, and the conditions for farming will improve.

Of course, all these calculations need to be calculated by specialists, but at this stage, the construction of the Sakhalin dam seems to be a somewhat more promising project than a bridge.
Reporterin Yandex News
Reporterin Yandex Zen
10 comments
Information
Dear reader, to leave comments on the publication, you must sign in.