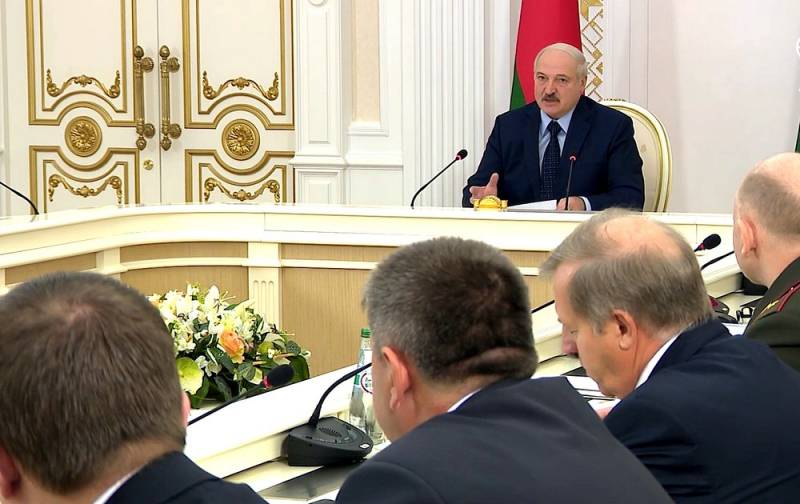 The struggle between the West and Russia for Belarus has entered a new stage. After the extremely ambiguous results of the presidential elections in the summer of 2020 and massive popular protests, Alexander Lukashenko managed to stay in power only on the bayonets of the security forces. Now the European Parliament has made an attempt to deprive Alexander Grigorievich of this support.


A group of 25 deputies of the European Parliament published an open letter to the top military leadership of the Republic of Belarus with an appeal not to obey the orders of the "illegitimate president" Lukashenko, who, in their opinion, came to power illegally and therefore was forced to take office in secret:

This procedure, which Lukashenka organized in secret for himself, has no legal force, both for moral and legal reasons; this does not make him president and commander-in-chief of the Armed Forces of Belarus.
This is a very serious step towards loosening. political situation in Belarus. Among domestic political scientists, one can find an ironic attitude towards the European Parliament as a kind of body that does not decide anything, and its deputies - as "strange" people on whom nothing depends. In fact, it is one of the most influential representative authorities in the world, which forms the European Commission, the EU government. It would be extremely imprudent to ignore the calls of "strange people" who represent such a powerful interstate association.

On the one hand, the European Parliament, or rather, some of its deputies, openly calls for a military coup in a sovereign state. The big question is how much this corresponds to the notorious values ​​and principles of Western democracy. The letter is not about the need for re-elections, but about the insubordination of the top military leadership of Belarus to its president. On the other hand, the signatories are pouring water on the mill of the bloody version of "Belomaidan", which has so far been avoided. The protests against the dubious results of the presidential elections in the Republic were markedly peaceful. But having enlisted the support of the Kremlin, Alexander Lukashenko resisted. For now. Let us recall that in neighboring Ukraine, a coup d'état took place only with the passivity of the security forces, who refused to fulfill their duty. Now the preconditions are being created for a tough version of "Belomaidan-2".

At first, in Lithuania there is Svetlana Tikhanovskaya, who calls herself “the president elected by the Belarusian people”.

Secondly, its status as an official alternative to Lukashenka was fixed by French President Emmanuel Macron with his visit and other European leaders.

Thirdly, the so-called “Venezuelan scenario” is being frankly implemented in relation to Belarus. A small country will now begin to systematically strangle, worsening the already difficult socialeconomic position. Any pretext, some kind of emergency, will be enough for people to take to the streets again. But this time the protests will no longer be peaceful. It is quite possible that the "Ukrainian scenario" will be realized with provocations and shooting by "unknown snipers" at the crowd. And here everything will again depend on the position of the security officials. If they fulfill their oath, they will bring the situation back under control. And if not? If key figures in the Ministry of Defense, the Ministry of Internal Affairs and the KGB of Belarus will be promised some "buns" for simply standing on the sidelines on the advice of MEPs?

President Lukashenko, with his 80,08%, continues to sit on a real powder keg, and in Brussels a wick is brought to it, which can be set on fire at any time. This is a very dangerous scenario. The only real countermeasure is immediate political reforms in Belarus. Re-elections are needed, as a result of which Svetlana Georgievna will lose the opportunity to call herself an alternative president, and Alexander Grigorievich himself will transfer power to a certain transitional figure. This will knock the trump cards out of the hands of Western politicians and stabilize the situation in Belarus.
Reporterin Yandex News
Reporterin Yandex Zen
24 comments
Information
Dear reader, to leave comments on the publication, you must sign in.