Type of Azerbaijani missile that fell on Russian territory named 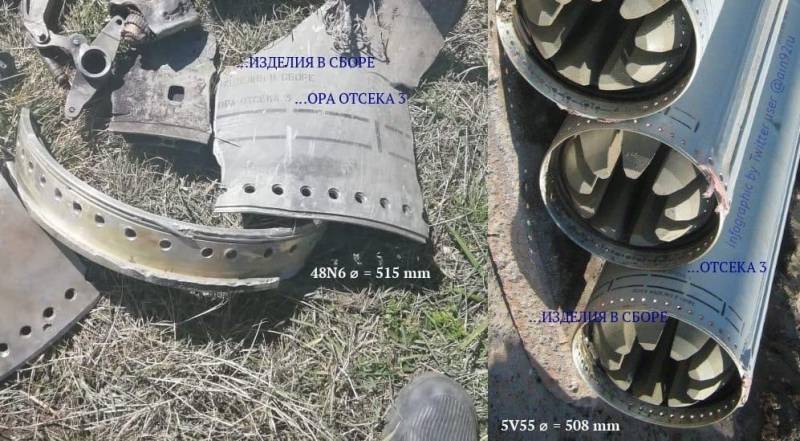 In the Agul region on the territory of Dagestan, a message was received about the fall and detonation of a rocket. This happened about ten kilometers from the village of Chirag. Agul district is located in the south of Dagestan - more than 10 thousand people live there.


According to local residents, the rocket blast triggered a car alarm and swayed residential buildings. Several residents of the settlement went to the place where the rocket fell near the border with the Dakhadaevsky district - there were found fragments of the fallen shell and a depression in the ground about 15-20 meters wide with burnt grass around. The depth of the crater from the explosion reached two meters.

According to information received later, a 48N6E2 missile of the Azerbaijan S-300PMU-2 anti-aircraft missile system fell on the territory of Russia. It turns out that Baku used these complexes to intercept the Armenian operational-tactical "Points-U".

S-300PMU-2 Favorit is a Russian-made medium-range air defense missile system. One S-300PMU-2 installation can attack up to 32 objects. Baku has two divisions of these complexes with 8 launchers in each. The Azerbaijani army can launch 48N6U2 / SA-10E missiles at a distance of about 250 km, and the Azerbaijani Armed Forces have at least 112 such missiles. The 48N6U2 / SA-10E target intercept speed is up to Mach 5,9, the warhead weight is 180 kg.
Reporterin Yandex News
Reporterin Yandex Zen
20 comments
Information
Dear reader, to leave comments on the publication, you must sign in.