The New Arab: In the Middle East, American diplomacy has surpassed Russian 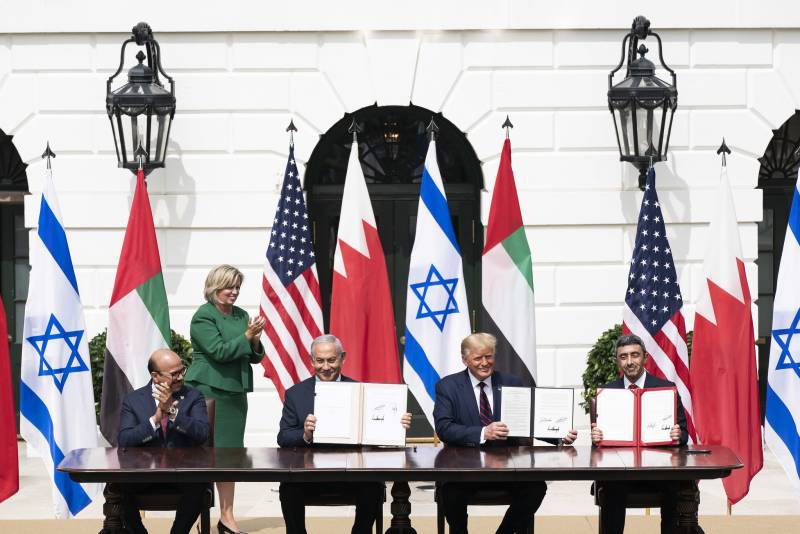 Recently concluded agreements on the normalization of relations between two Arab states - the UAE and Bahrain - on the one hand, and Israel - on the other, may be disadvantageous to Russia for a number of reasons, writes the British website The New Arab.


A new article published on the portal argues that although Moscow has officially welcomed the agreements, Russia is trying to respond to them in a way that does not “jeopardize the Kremlin's relations with Palestinian groups such as Hamas, as well as Moscow's partnership with the Islamic Republic of Iran. ".

Although the normalization of Israel's contacts with the two monarchies of the Gulf opens up some prospects, in general, the Russian authorities, in all likelihood, are inclined to view the incident as their own failure, since it is the success of American diplomacy, and not Russian one, that is evident.

Since its "return" to the Middle East in 2015, Russia has become an important power in the region, which is recognized by all local players. And already in this capacity, Moscow continues to play the Palestinian "card".

Less than a week after declaring the normalization of relations between Bahrain and Israel, the Russian Foreign Ministry issued a statement warning that it would be a "mistake" to believe that long-term peace could come to the Middle East without a resolution of the Palestinian question.
- noted in the publication.

The factor of Iran is also important. Tehran's role in Moscow's military successes on Syrian soil can hardly be overestimated. Relations between the two countries only strengthened, becoming a reaction to policies USA under the presidency of Donald Trump.

While the Kremlin's relations with the Islamic Republic are at a "record high", the Russian leadership will do everything possible not to offend Tehran, and this also influenced Moscow's decision to respond so ambiguously to the Abraham Treaty.
- noted in the publication.

It is also argued that "the Kremlin is concerned about how the growing defense cooperation between the Gulf countries and Israel could increase the risk of armed conflict" in the region. These concerns are justified, given that the agreement between Abu Dhabi and Israel has already led to an exacerbation of tensions between the UAE and Iran.

Nevertheless, Moscow can benefit from the normalization of relations between the Gulf monarchies and Israel, since Russia has good relations with both the Arabs and the Jewish state. An end to the confrontation will also facilitate new trade deals. It will also strengthen collective security following the example of Europe.
Reporterin Yandex News
Reporterin Yandex Zen
Information
Dear reader, to leave comments on the publication, you must sign in.