The cost of wrong decisions: Russia should have sent troops to Ukraine 6 years ago 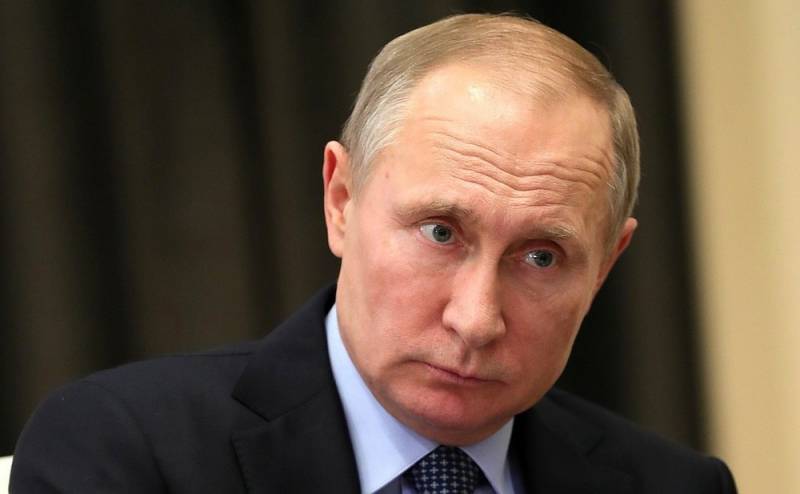 Everything secret sooner or later becomes apparent. Recently describing the history of military coups and assessing the role of the power factor in color revolutions, I came across a surprising fact, and it turns out that Yanukovych in 2014 also faced the fact of treason of the security officials who refused to carry out his "criminal orders." Vitaly Zakharchenko, the former Interior Minister in the Azarov government, told about this on the air to Ukraina.ru, who remained at his post until the last days of Yanukovych, which ended with his flight.


Then, using illustrative examples, I showed how the internal betrayal ended for Yanukovych's colleagues - Salvador Allende in 1973 in Chile, Slobodan Milosevic in 2000 in Yugoslavia, Mohammed Mursi in 2013 in Egypt and Evo Morales in 2019 in Bolivia. And why the regime of Nicolas Maduro survived in the same 2019 in Venezuela. You can't sit on bayonets, but in our time no one can sit without them either. That was once again proved by Alexander Lukashenko in Belarus.

The betrayal that buried Yanukovych

According to Zakharchenko, Yanukovych's order to strengthen police cordons with airborne troops and armored vehicles on the outskirts of the city on February 19, 2014 was ignored by none other than the Chief of the General Staff and concurrently Commander-in-Chief of the Armed Forces of Ukraine, Colonel-General Vladimir Zamana. Pavel Lebedev, then acting Minister of Defense, was, in fact, a civilian, a reserve captain, the same as his Russian counterpart, Senior Lieutenant Anatoly Serdyukov, who successfully "destroyed" the Russian army from 2007 to 2012 (and so successfully that The RF Armed Forces are now considered, in fact, the No. 1 army in the world). But Lebedev was far from his Russian counterpart, and in fact the army was then commanded by Colonel-General Zamana, who refused to carry out Yanukovych's “criminal order”. The fact that Yanukovych dismissed him from his post on the same day, appointing Admiral Ilyin, the former commander-in-chief of the Naval Forces of Ukraine, in his place (however, he was delayed in this post for only 9 days until February 28), did not save the situation, time was lost and three days later on February 21, the regime of the "bloody tyrant" fell.

By the way, it is significant that Zamana Yanukovych, who was dismissed from his post as a traitor, was immediately appointed Deputy Secretary of the National Security and Defense Council of Ukraine. The National Security and Defense Council of Ukraine, which was already without his secretary Andriy Klyuev, who was transferred to head the Presidential Administration on January 24, 2014, was supervised at that time by the former Prosecutor General of Ukraine Oleksandr Medvedko as the 1st Deputy Secretary of the NSDC. How Zaman's traitor should have helped him, I do not know. Apparently, the Security Council is the place where all traitors are exiled, because Lukashenka, who set him up with 33 Wagnerites, also removed the Chairman of the KGB of the Republic of Belarus Valery Vakulchik and sent him to head the Security Council of Belarus. I don’t know how this will end for the dad, because the traitor Zaman on February 22 (already three days after his appointment to the Security Council), by the decision of the Verkhovna Rada, again returned to his old duties as the Commander-in-Chief of the Armed Forces of Ukraine, authorized by the Rada to also control the activities of the Ministry of Defense. In whose hands the Verkhovna Rada was then, you know (the day before that the Yanukovych regime fell). True, he stayed in this post for only five days, transferring it to acting. Minister of Defense to Admiral Tenyukh, who "presented" Crimea to Russia without a single shot.

By the time the resolution of the Federation Council of the Russian Federation was adopted, Yanukovych was no longer in the country (according to the SBU, he fled on February 26, 2014 at 16:25 Moscow time through the territory of Crimea), but no one canceled his powers. Captured as a result of the state. coup, the power of a gang of conspirators was out of the right field, all their decisions were and remained illegal, until the May 25, 2014 early presidential elections, which Poroshenko won. And which the Russian Federation has recognized. And she could not admit it! Putin had three whole months and all the legal grounds to turn the chariot of history back. Why he didn't do it, I don't know. I only know that already in Belarus, 6 years later, he did not repeat his past mistakes. True, in Belarus there was enough of a demonstration of force by creating a reserve of NG on the country's borders to keep the security forces from treason. It would have to be applied in Ukraine. But there would be no blood! By the efforts of the conspirators, the power vertical at that time was already completely destroyed, the Armed Forces of Ukraine were demoralized, no one would have put up real resistance.

The power in Ukraine was practically lying underfoot, and only the lazy one did not take it. And if Putin had picked it up and returned to the hands of the fled Yanukovych, then 85% of people living in Ukraine would only welcome it. But he confined himself to the Crimea and scooped up everything. Yes, otherwise, maybe Crimea would not have ceded to the Russian Federation, but remained Ukrainian, but Ukraine itself would not have become an outpost of NATO and a bleeding hemorrhoid for Russia. This is more than a crime - it is a mistake! And as comrade said. Ordzhonikidze, every mistake has its own name and its own surname. And I know her! But to admit this mistake means to admit that you are wrong, and many ordinary Russians cannot do this. What can we say about the president. Which of politicians over the past 150 years admitted his own mistakes? There are no such! At least I don’t know. Is it worth it to be surprised and offended by the Americans, who bent down and raised this power over Ukraine and Ukraine, which was abandoned by no one in the Russian Federation?

The point of no return, after which it became clear that the Russian train had left irrevocably, was a press conference by Putin and Didier Burkhalter following the latter's visit to Moscow on May 7, 2014. Look at Putin for yourself.


Have you ever seen him like this? Look at his facial expressions, articulation, gestures. What did the President of Switzerland, who was heading the OSCE at the time, tell him that made him so confused? Let me remind you that the meeting took place immediately after the bloody events of May 2 in Odessa, where Ukrainian thugs burned and beat 48 people alive and beat them with bats. It would seem that the moral superiority should have been on our side, but Putin behaves as if he personally gave the order to kill. But against the background of our guiltily lowering eyes, Burkhalter looks like an unshakable rock of confidence and calmness. What is it for?

There is a version that information about his personal accounts was leaked to Putin. Allegedly on May 4, on the air of the CNN TV channel, when asked by the host Farid Zakaria whether the US financial intelligence knew about the personal capital of Vladimir Putin and his entourage, the head of the financial intelligence of the US Treasury Department, David Cohen, refused to comment with a smile, citing the fact that this was intelligence data. character. Maybe Burkhalter put the bills on the table? I personally do not believe in this version. Putin is not the man! But the facts are a stubborn thing, three days after the broadcast of CNN, Russia is making a 180-degree turn and a complete change of course relative to the way it went all the previous three months.

In particular, Putin called on separatists in the southeast to postpone the May 11 referendum and called the upcoming May 25 presidential elections in Ukraine "a movement in the right direction", assuring the Swiss president that Russian troops would not be used and that they would be guaranteed to withdraw from the Ukrainian border. After which Russia received from the West everything it deserved. Starting from the war in Donbass, accusations of the downed Boeing, and ending with sanctions, Thomas and strategic bombers of the US Air Force, simulating an attack on Crimea. If this is a victory, then I don't even know what defeat is for you ?!
Reporterin Yandex News
Reporterin Yandex Zen
87 comments
Information
Dear reader, to leave comments on the publication, you must sign in.