Turks showed new missiles for the S-400, which are just entering service with the Russian Federation 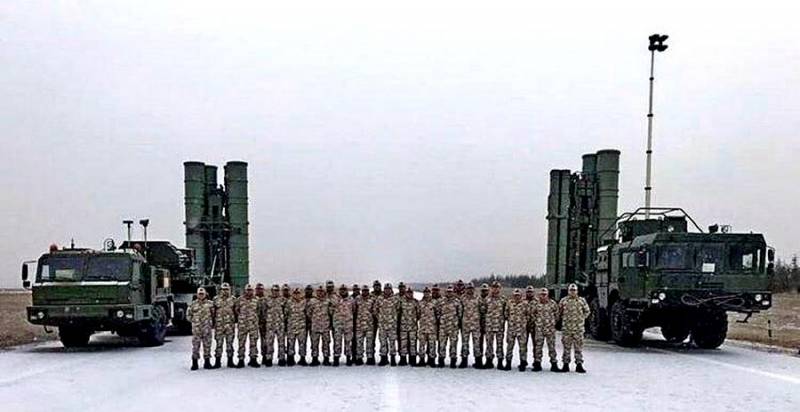 The Turkish armed forces demonstrated new anti-aircraft missiles of the 9M96 family for the S-400 complexes. So, one of the pictures shows a 51P6A self-propelled launcher located on the MZKT-7930 chassis - it houses two transport and launch containers for 48N6E2 missiles, as well as four for 9M96E2 missiles (target destruction range - 50 km).


It is important to note here that missiles of the 9M96 family in the ground version have only recently begun to enter service with the Russian army - with the adoption of the S-350 Vityaz anti-aircraft complex. Prior to that, these missiles were only part of the shipborne air defense system "Poliment / Redut". The launchers of the S-400 VKS RF complexes with 9M96E2 missiles are currently not equipped.

A framework contract for the supply of two regimental S-400 systems to Ankara for a total of about $ 2,5 billion was signed by Rosoboronexport back in 2017. The first one was delivered to Turkey a year ago. In August of this year, an agreement was concluded for the transportation of the second regimental set of air defense systems to the Turks.

Tuesday 6 October information received on the arrival of one division of the first set of S-400s on the Turkish Black Sea coast near Sinop to carry out training and combat tests in the conditions of the training ground.

The S-400 is a Russian-made medium and long-range anti-aircraft missile system that destroys modern aerospace attack weapons. According to foreign experts, along with the coastal anti-ship systems of the Bastion class and the Iskander OTRK, the S-400 constitute an integral part of the new concept of the Russian Armed Forces - in Western countries it is called the “Access Denied Zone”.
Ctrl Enter
Noticed oshЫbku Highlight text and press. Ctrl + Enter
We are
"Admiral Kasatonov" in service, but it will be replaced by an even more powerful ship
Russian high technology: should we expect a breakthrough?
Reporterin Yandex News
Read Reporterin Google News
1 comment
Information
Dear reader, to leave comments on the publication, you must sign in.