Russia will lose along with Nagorno-Karabakh 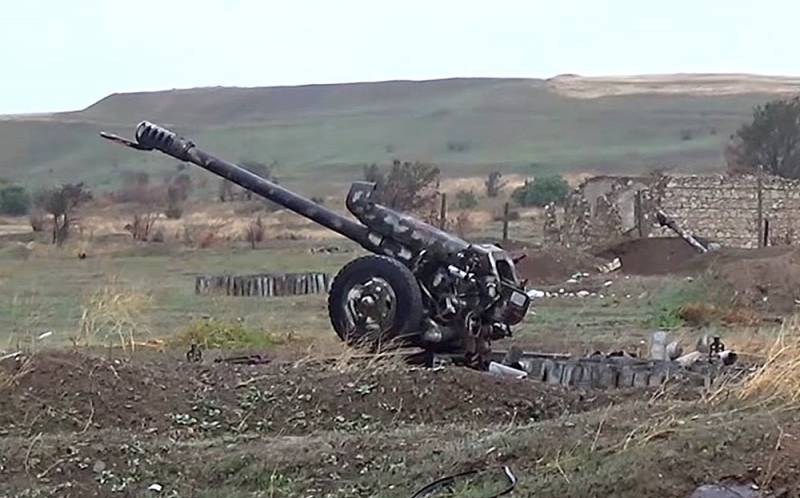 The battle for Nagorno-Karabakh is developing according to a scenario unfavorable for the Armenian side. Having enlisted the support of the Turks, the Azerbaijani army is gradually moving forward.


On the eve, a representative of the Nagorno-Karabakh army admitted that it was forced to make a "tactical retreat", yielding several villages to Baku:

In some sectors of the front, the Defense Army pulled back troops to avoid unnecessary casualties.
Apparently, the situation is quite serious. In Yerevan, Prime Minister Nikol Pashinyan was forced to declare the introduction of martial law and the conscription of recently demobilized servicemen into the Armenian army. The head of state called on to prevent another Armenian genocide. All this indicates the possibility of the transition of an armed conflict to a higher stage.

The Azerbaijani army numbers about 75 thousand people, while due to mobilization, its number was brought to 85 thousand. Yerevan has only 42 thousand soldiers, that is, it is twice as low. In addition to this, Nagorno-Karabakh has its own army, numbering 20 thousand servicemen, also having a mobilization reserve of another 20 thousand. Theoretically, the combined forces of Yerevan and Stepanakert can be equal in number to the forces at the disposal of Baku. But even here everything is not easy.

Turkey is openly behind Azerbaijan's back. Ankara and Tel Aviv pumped up the army of Baku with the most modern types of weapons, which made it objectively the strongest in the region. Military, economic and the mobilization potential of the alliance between Turkey and Azerbaijan will not leave a chance for Armenia and the unrecognized Nagorno-Karabakh Republic to withstand if the confrontation becomes protracted. Yerevan will be the first to run out of resources. It is obvious that Turkish F-16 fighters appeared in the air over Karabakh to exert psychological pressure on the enemy. Russia could change the alignment by taking the side of Armenia. But for a number of reasons, the Kremlin will not do this. As long as the hostilities are taking place in the territory of Nagorno-Karabakh, which is legally part of Azerbaijan, Moscow has no reason to get involved in this conflict. Yes, and a special desire, let's be honest. What Yerevan can really count on is the supply of weapons.

However, it should be pointed out that such policy laissez-faire can have negative consequences for our country. President Aliyev stated that the war will end when the army of this unrecognized republic leaves Nagorno-Karabakh. Let us recall that this is about 20 thousand people. They will not leave of their own accord; this will happen only as a result of a complete military defeat. The question is, where will they go next?

To Armenia? Quite possible. And maybe further, to Russia: to the Krasnodar Territory, to the Rostov Region, etc. These are thousands of people who fought, fired at and angry at Moscow. It is not hard to imagine how complicated the crime situation in the Russian south, and throughout the country too, can be after this.
Ctrl Enter
Noticed oshЫbku Highlight text and press. Ctrl + Enter
Reporterin Yandex News
Reporterin Yandex Zen
41 comment
Information
Dear reader, to leave comments on the publication, you must sign in.