The entire US is in danger: scientists warn of the awakening of Yellowstone 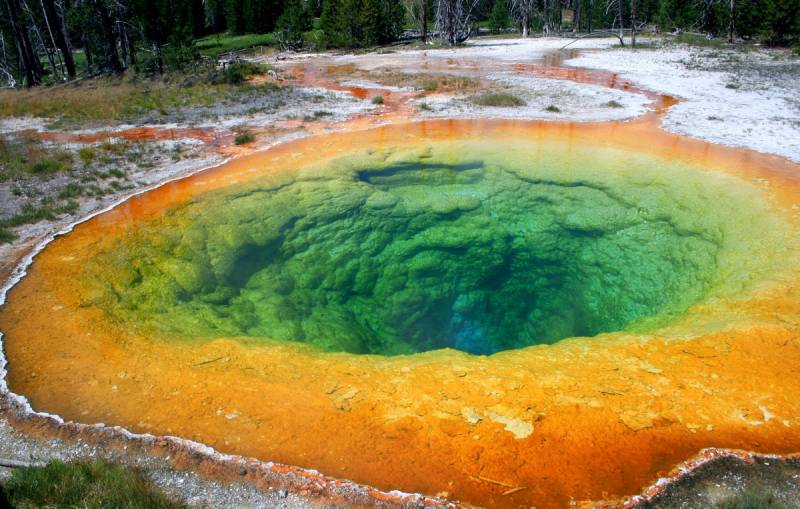 Located in the northwestern United States, the Yellowstone supervolcano, upon awakening, threatens innumerable destruction not only in the United States, but throughout the world. Writes about this British edition Express according to the scientist Brian Walsh.


The caldera (a volcanic circus basin) inside Yellowstone National Park is called a supervolcano because of its ability to cause a global catastrophe in the event of an eruption. It was formed during the last three major geological events: the eruption of the Huckleberry Ridge volcanoes 2,1 million years ago, Mesa Falls 1,3 million years ago, and Lava Creek about 630 thousand years ago. The territory of Yellowstone is under the control of the United States Geological Survey (USGS) - scientists are monitoring the situation, as the history of the eruptions of this natural object may continue.

Walsh explored this possibility in detail in his recently published book End Times: A Brief Guide to the End of the World. He believes that the beginning of a series of small earthquakes, as well as rising magma, may indicate a relatively imminent eruption.

This will continue for several days and Yellowstone will sink into lava within a forty-mile radius of the event.
- writes the researcher.

A plume of ash and volcanic gases from Yellowstone will reach an altitude of at least 25 km and float over the whole of North America - that is, the entire territory of the United States and neighboring countries is in danger. Hospitals will be overrun with people coughing up blood - the silicate in the ash will infect their lungs. Ash can poison crops and cause volcanic winters around the world, in which global average temperatures can drop by 8 degrees Celsius per decade. This can lead to global hunger, bringing hundreds of millions of Earth's inhabitants to the brink of extinction.

According to estimates by FEMA (Federal Emergency Management Agency), the total damage to the United States from the eruption of the Yellowstone supervolcano will be about 3 trillion. dollars, which corresponds to about 16 percent of the country's GDP.

The consolation is that, according to the US Geological Survey, the probability of this event is estimated at 1 in 730 thousand.
Ctrl Enter
Noticed oshЫbku Highlight text and press. Ctrl + Enter
We are
Under the Yellowstone Super Volcano, a Growing Thermal Anomaly Detected
Bypass sanctions: Iranians disconnect transponders from oil tankers
Reporterin Yandex News
Read Reporterin Google News
6 comments
Information
Dear reader, to leave comments on the publication, you must sign in.