Airbases may be hit in response to US UAVs near Chinese borders: Chinese expert 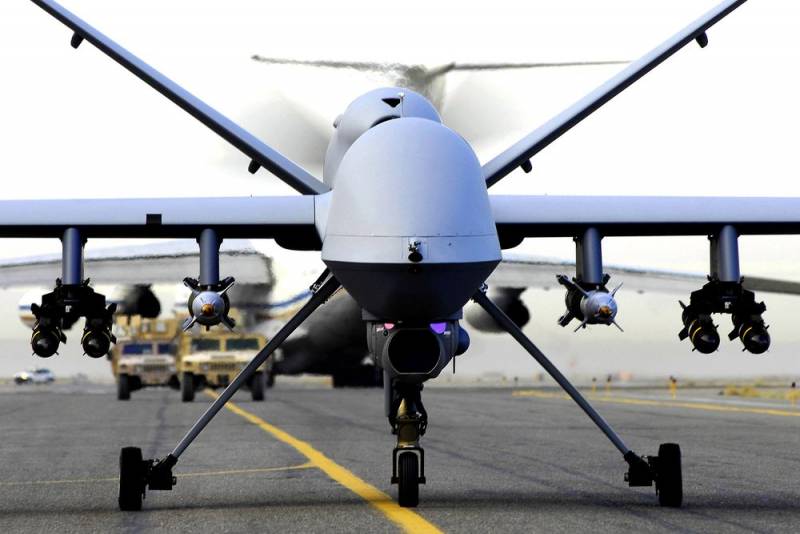 Recently, the United States has significantly increased its military presence in the Asia-Pacific region, deploying a large number of high-tech weapons, including UAVs, according to the South China Morning Post from Hong Kong.


Such activity by Washington near the borders of China could be dangerous for Beijing. The US may use drones to attack Chinese targets located in the Spratly archipelago in the South China Sea. Therefore, we need to find out how China can respond to a possible massive attack by American drones.

According to the Chinese military expert Zhou Chenming of the Beijing Military Science and Technology Institute, China's most effective response to such an attack would be to retaliate against the bases where they are located. He clarified that this could lead to a rapid escalation of the conflict.

Chinese military can locate UAV base after they shoot it down and collect data from it
- he explained.

In September 2020, a provocative military exercise was held in the state of California (USA), in which MQ-9 Reaper drones were involved. The Americans were practicing an attack on the island, with some of the personnel wearing the PLA insignia.

So far, China has only two options for attack drones capable of countering the MQ-9. These are Wing Loong II and Caihong-5 (Rainbow-5)
- he noted.

But the endurance and payload of the two Chinese drones are only two-thirds of the American ones, due to weaker engines.
- he added.

The expert believes that since the Wing Loong II cost half as much as the MQ-9, it is possible to send more of them as part of the "strategy of unmanned waves", winning by numerical superiority.


In turn, naval expert Li Jie believes that the use of fighters could be another option. They fly faster and higher than drones.

But the main prerequisite is that you must first be able to detect American drones. This is why China is developing various radars and electronic warfare systems.
- summed up Li Jie.
Ctrl Enter
Noticed oshЫbku Highlight text and press. Ctrl + Enter
We are
Media: China is preparing a collapse of the US dollar
China deployed its fleet to warn US
Reporterin Yandex News
Read Reporterin Google News
3 comments
Information
Dear reader, to leave comments on the publication, you must sign in.