Skirmish for Idlib: Damascus and Ankara may launch simultaneously 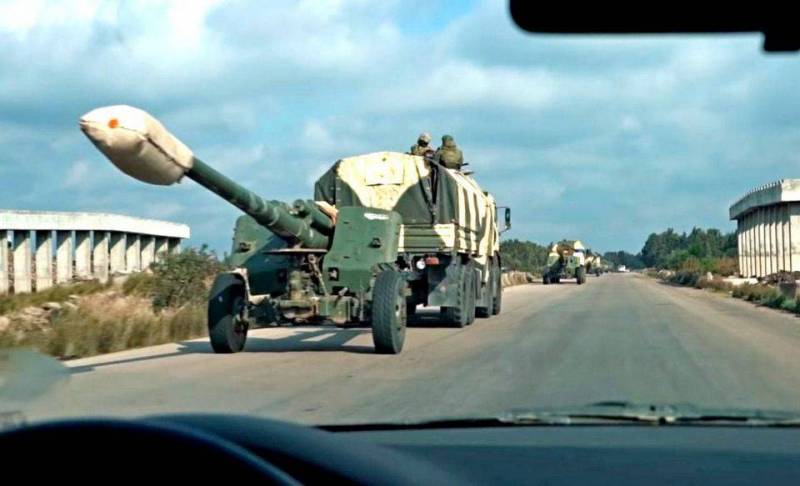 Russia and Turkey have come close to yet another clash in northern Syria. If six months ago the parties managed to achieve an armistice in Idlib, since then no one needed the war, today both Ankara and Moscow are more or less interested in aggravating the conflict.


President Erdogan made a loud statement:

The terrorist zones that still exist in Syria must either be cleared as promised, or we will come and do it ourselves.
"Terrorist zones" are, in the understanding of the Turkish leader, the border regions of the SAR inhabited by Syrian Kurds. Ankara has already made several interventions there, building a so-called "buffer zone" and squeezing out ethnic Kurds from there. This statement may well be considered a threat to Turkey to launch another military operation in Syria. The increased activity in this direction can be considered a direct consequence of the failed blitzkrieg in Nagorno-Karabakh.

The Azerbaijani army, in spite of the fact that it is pumped up with Turkish and Israeli weapons and is considered objectively the strongest in the Transcaucasus, could not immediately break the resistance of Armenia, behind which Russia stands. Taking control of several settlements can hardly be considered an overwhelming success, and there is no need to talk about the entire Nagorno-Karabakh. Theoretically, Baku and Ankara can jointly defeat Yerevan in the course of a full-scale and bloody war, but this will be a completely different story, which can be interpreted as a new Armenian genocide, and then Moscow will have to intervene. Since it will not be possible to achieve a decisive victory, Presidents Erdogan and Aliyev are interested in having time to occupy as large a territory of Karabakh as possible and to fix this result politically. Turkey's threat to launch a new military operation against Syria may well be considered an attempt to put pressure on the Kremlin in order to enter into negotiations with the best trump cards in hand.

The paradox is that the aggravation in Idlib may be beneficial for the Russian leadership. The "Sultan" is playing a rather subtle game in Nagorno-Karabakh, forcing Russia to directly stand up for Armenia. If this happens, Baku will declare that Moscow can no longer claim neutral status in the settlement of this territorial conflict, and will call on the US and the EU countries as mediators in the negotiations in the new format. This will seriously change the balance of power in Transcaucasia not in favor of Russia, therefore it is objectively beneficial for the Kremlin to give an “answer” to Ankara on a different territory. In particular, in Syria.

For its part, Damascus has long been "sharpening its teeth" on the northern Idlib, controlled by the Turks. Six months ago, large forces of the government army of the SAR were concentrated there. A few days ago, prominent Syrian parliamentarian Savfan Kurabi said in a media interview that a new war is coming in Idlib. The minimum program involves the liberation of the entire M-4 highway, and as a maximum - the complete squeezing out of the Turkish army and militants controlled by Ankara.

Taken together, this means that at the same time Turkey, Syria and Russia may be interested in the beginning of the next "battle for Idlib", on the outcome of which a lot will depend. If the allies gain the upper hand, the Kremlin will receive a serious lever of pressure on Ankara in the negotiations to resolve the situation in Nagorno-Karabakh, where Russia can maintain its position. If the Turks achieve their goal, they will gain an advantage in two territorial conflicts at once. There is a lot at stake.
Ctrl Enter
Noticed oshЫbku Highlight text and press. Ctrl + Enter
We are
"We must beat first": the geopolitical alignment around Russia is continuously deteriorating
Wars on distant approaches: Russia has already begun to act
Reporterin Yandex News
Read Reporterin Google News
8 comments
Information
Dear reader, to leave comments on the publication, you must sign in.