In the US, they talked about the successes and failures of Russia in 2020 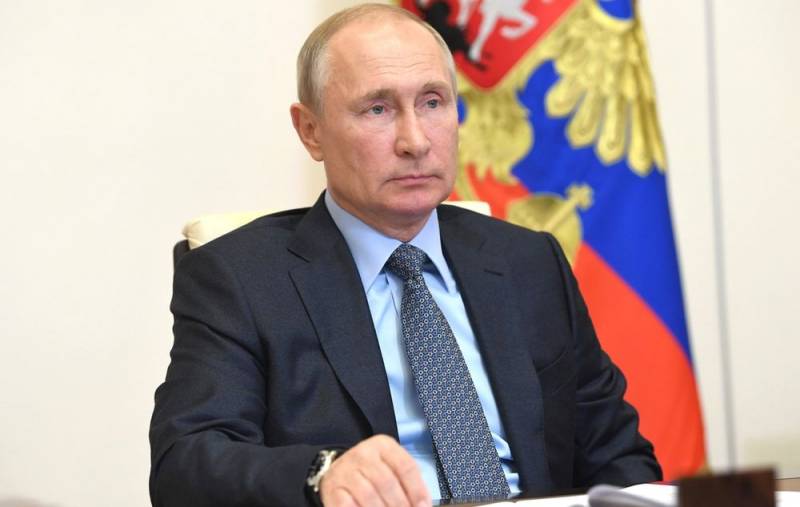 2020 was to be a personal triumph for Russian leader Vladimir Putin and a time for Russia to return to its greatness. At the beginning it seemed that the head of state had calculated everything correctly, but the year turned out to be difficult, there were successes and failures, both for him and the country, writes the American edition of US News & World Report.


Putin wanted to go down in world history as an exceptional statesman who became king for his merits. In January, the 67-year-old ruler announced the start of constitutional reform. She helped him maintain his power until 2036, and if implemented to the end, he will become the leader of the country who has been in power in Russia for the longest time since the time of Joseph Stalin.

Celebrating the 75th anniversary of the USSR's victory over Nazi Germany was supposed to help Putin legalize his new status. US President Donald Trump said he was interested in Russia's return to the G7 club. Putin's speech on September 22, 2020 at the 75th session of the UN General Assembly was supposed to be humanity's recognition of his position and the strengthening of Russia's role in the world.

It was a great plan. But then it all went awry
- said Ivan Kurilla, professor at the European University at St. Petersburg.

The COVID-19 pandemic has made adjustments to these plans. The referendum and the Victory Parade had to be postponed. The effect of their implementation was literally crumpled. Coronavirus has caused Russia a serious economic harm, so hasty statements from Moscow about the development of a vaccine against infection were met with skepticism. In addition, many Russians question the veracity of the authorities' statistics on the coronavirus. They believe that the authorities deliberately underestimate the numbers of infections and deaths. And in July, the protests of the residents of Khabarovsk began, which very much frightened the Russian authorities.

In early August, due to suspicions of electoral fraud, political crisis in Slavic Belarus - Russia's only ally in Europe, a real bridgehead in the western direction. At the end of the month, an attempt was made on the life of Alexei Navalny, the most famous Russian opposition leader. The poisoning of a dissenting politician drew criticism in the West and made it possible to talk about the imposition of sanctions against Moscow. All this only added to the problems of the Russian authorities. Now all these complications threaten Putin's position. But the biggest pressure on the Kremlin comes from the situation in Belarus.

Recently, there is a popular saying: Belarus in 2020 is Russia in 2024. Then the next presidential elections should be held in the country. We believed that Belarusians are so politically passive and so used to tyranny and totalitarian rule that they would never protest against Lukashenka. We were wrong. This is a pattern that inspires. And it could hit Russia
Added Kurilla.

It should be noted that despite the pandemic, economic crisis and political problems, Putin still won several notable victories in 2020, which, combined with the ongoing bacchanalia in the United States, served him well. Therefore, Putin's next steps will determine whether this year will be successful for him and Russia or not.
Reporterin Yandex News
Reporterin Yandex Zen
7 comments
Information
Dear reader, to leave comments on the publication, you must sign in.