Hydrogen can help Gazprom stay on the European market 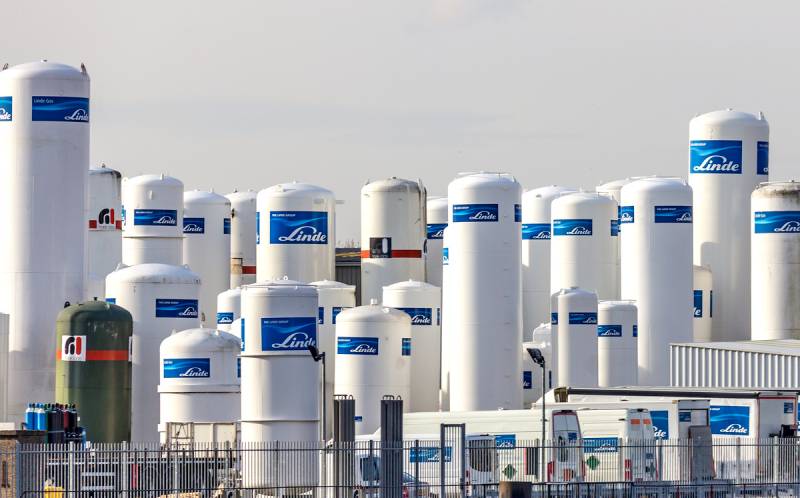 Against the background of the problems that Gazprom faced with the construction of Nord Stream 2, Russia started talking about the possibility of the appearance of Nord Stream 3. At first you involuntarily shudder from such ideas, but the nuance is that instead of natural gas, hydrogen is supposed to be pumped to the EU countries through two new lines. What can be obtained in practice from such an undertaking?


Seriously though, the problems that the Americans have arranged for the domestic monopolist are still flowers. In the long term, by 2050, Europe intends to completely abandon the use of natural gas and other fossil fuels. The locomotive of the Green Revolution today is Germany, frightened by Fukushima. Germany abandons nuclear power plants and coal-fired generation, switching to natural gas and renewable energy sources, and therefore clings to cooperation with Russia in this matter. But this is only for the transitional period.

As we detail told earlier, for ten years in Germany, active experiments have been underway to produce "green hydrogen" Technology Power to Gas or P2G. Hydrogen energy seems to be a very promising direction. Experiments in this area are underway in Saudi Arabia, the United States, China and other countries. Today, the total amount of hydrogen produced in the world is estimated at 120 million tons, but by 2050 this amount could grow fivefold.

Last spring, Russia adopted a plan according to which hydrogen energy should become one of the priority areas of development economics... Our state corporations can switch to real production by 2024. It is assumed that in the future Russian hydrogen will flow through Nord Stream 3 to European consumers who are obsessed, in a good sense of the word, with environmental friendliness, and so Gazprom will be able to maintain its position, since hydrogen is mainly produced from natural gas through processing. It looks nice on paper, but there are important nuances.

At first, hydrogen is different: blue, turquoise, yellow and green. Blue hydrogen is the result of steam reforming of methane, and turquoise is produced by pyrolysis from the same methane. Yellow hydrogen is obtained in nuclear power, and green is the result of electrolysis of ordinary seawater. So, Europeans are interested in getting green hydrogen. Thanks to this, the EU will create an additional million jobs, invest in infrastructure from 27 to 64 billion euros, which will load its own industry. In addition, the European Union also intends to sell excess hydrogen through a specially created hydrogen exchange.

It turns out that Gazprom, with its blue and turquoise hydrogen obtained from natural gas, will have to somehow compete with European hydrogen in its own domestic market.

Secondly, no one has canceled the competition from the United States. American corporations are actively conducting research in the field of hydrogen energy. Instead of main pipelines, hydrogen is easier to deliver to the end user in the form of ammonia, which is an excellent fuel in itself, and can be transported to the already built LNG terminals after their refurbishment. In the United States, North-Western Europe and Japan, a technology for producing "green ammonia" is being developed, where the renewable energy of the sun, wind and water is used for the electrolysis process, which is very fashionable and modern.

As a result, competitors from the United States will build exactly the same obstacles on the path of Nord Stream 3 as they did for Nord Stream 2. Even if the EU takes Russian raw materials, all the costs of hydrogen evolution and CO2 utilization will most likely be passed on to the supplier.

Nevertheless, the program for the development of the hydrogen industry in Russia, adopted a few months ago, will help preserve the European market for our gas workers. Moscow intends to preemptively invest in this industry, ahead of future competitors from the United States and the Middle East.
Ctrl Enter
Noticed oshЫbku Highlight text and press. Ctrl + Enter
We are
Peace enforcement operation. Russia inflicts a preemptive strike on Kiev
Three years left: Ukraine will be sold in parts
Reporterin Yandex News
Read Reporterin Google News
9 comments
Information
Dear reader, to leave comments on the publication, you must sign in.