Information "cover operations": what is behind various events in the world 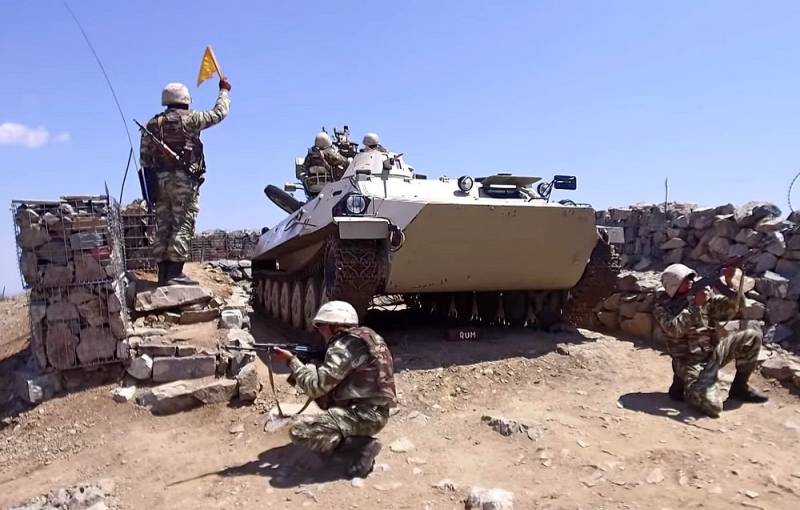 Observing various high-profile events disturbing the public consciousness, the average man in the street sometimes becomes a victim of the "white noise" around them, distracting him from real causes and effects, and not allowing to draw correct conclusions. And the louder the event, the more press around it, the less understanding of what is happening among ordinary people who are not privy to the details.


Technology "White noise" is simple. The event is placed in the center of public attention and becomes the main topic of media coverage. But as a result of this illumination, the situation for some reason does not become clearer one iota. Moreover, the mind refuses to analyze and understand it, and slides into the usual perception patterns imposed by the same media. As a result, as in the performance of a good magician - everyone sees everything, but no one understands anything. This is precisely the meaning of this "focus" - the distraction of the viewer's attention from the really important details of the action, from its essence. This, in fact, is what the Customer is seeking. Customers are different every time. Below we will consider examples, but you will draw the conclusions yourself.

The trouble is that not everyone can decompose the "white noise" generated around the event by the media into its components. It is, in fact, aimed at this, performing the function of a diversionary maneuver to cover up the main goal-setting. The townsfolk who follow all this theater of absurdity, as a rule, completely demolish the tower from everything that happens and one desire arises - to hide, to abandon all this action, focusing on any small details, because everything in general raises more questions for them. than answers. This focus is a clear sign of the information "cover operation". Customers behind the screen of current events, as a rule, use these tricks willingly. And as hired magicians for them are corrupt and "non-profit" media.

There are many examples of this. I don’t have enough time or energy to cite everything, but you want to read it. Let me remind you only of the latter. Armenian-Azerbaijani conflict in Nagorno-Karabakh. Does anyone have any idea what this whole carousel is for? After all, it is impossible to solve the 100-year-old problem by force, given the current level of military equipment of the opposing sides. It will hardly be possible to drag Turkey and Russia into the conflict either, although the media are pumping it up, creating the erroneous effect of the imminent hot phase of the war. Then why are people dying? Real people! As, in fact, in the Donbass. Just to strengthen the negotiating position? In this case, Azerbaijan. As a result, there will be a lot of noise, but on a real policy it will not have any significant impact. Now the main events are taking place overseas, but the focus of public attention is not shifting to them, although the fate of the whole world actually depends on who wins there, in the struggle for the Oval Office. And this is not just a beautiful speech formula!

In the Armenian-Azerbaijani conflict, both sides risk losing, and Russia will again win, strengthening its position as a regional power responsible for the region (in this case, the North Caucasus and Transcaucasia) and an arbitrator influencing both sides of the conflict. A conflict as a result of which Armenia will lose its last desire to look at the West, which also plays into the hands of Moscow. But the event itself is not worth the attention given to it. Exclusively a PR action. Whose? In this case, the wind is blowing from Baku.

Another event stirring up public consciousness. Poisoning of Navalny. There is a lot of screaming, understanding - zero! Merkel, shooting herself in the foot, with statements that in the case of the next use of Novichok, the Kremlin has already passed all the limits of what is permissible, and is handing the Navalny case into the hands of the "crystal-honest and incorruptible" OPCW, with all the chances of being left without Severny stream-2 ". Macron, leaking a confidential conversation with the Kremlin in the media, for which they beat candelabra in the face in decent houses in London and Paris. Leshenka Navalny himself, miraculously resurrected and nominated for this for the Nobel Peace Prize. The Dozhd TV channel, which discovered the Novichok already in Navalny's underpants. Those. The “bloody gebnya” has already reached the cowards, who have mysteriously disappeared from the crime scene.

I have only one question - do you throw your underpants anywhere, in public places? And Navalny, it turns out, scattered. Or he was poisoned by those who had access to these cowards. But this is definitely not Putin! In general, arranging this pitch hell in the media, no one can answer the simplest question - why did Putin need this? Putin is known as a pragmatic and strategic statesman who does nothing for nothing. And here they are trying to impute certain actions, the meaningfulness of which, to put it mildly, raises doubts. Some kind of comic thinking, don't you think? Putin is a villain, and all villains commit villains just like that, out of love for villainy. For people with mental retardation, such an explanation may well have worked. But not for adults and critically-minded people. But in the West, their number tends to zero asymptotically, so I would not be surprised if Navalny's list is soon added to the Jackson-Vanik amendment, the Magnitsky Act and the sanctions for SP-2.

I won't even talk about COVID-19 and the fight against it, which has gone beyond all limits. The number of corpses continues to grow economic losses, too, and understanding of what we are still faced with does not come. People have split into two roughly equal groups: those who believe in COVID and those who do not. At least he doubts its deadly danger to humanity. Humanity that has survived the bubonic plague, cholera, and anthrax. About HIV, Ebola and the Spanish flu, I am already silent. It looks like someone is trying to manipulate us again. People wear muzzles, wash their hands every 10 minutes, tell stories about the sick and the dead, but they do not have an exact understanding of why they died. Someone is already earning on this, someone else will earn, and someone has received leverage to manage the herd. A flock divided according to the principle of faith. There are witnesses to the coming of Christ, and now witnesses of the coming of COVID have been added to them. Who benefits from it, decide for yourself.

About the last sensational event, to which public attention has been riveted since August, at least of all citizens of the once united country, previously known as the USSR, there is already nothing to say. I'm talking about an attempt at a color revolution in Belarus now. Many of you figured out what really happened there? But there was more than enough information. Here I do not mean things that are obvious to everyone, such as an attempt by external actors with Polish-Lithuanian passports, using the tools of Gene Sharp, to displace an objectionable ruler of a neighboring territory and re-subordination of this territory to their zone of influence, but how this was avoided. And not dad, but the Kremlin. But behind this festive tinsel, behind all these round dances around the conditional Belarusian Christmas tree, behind all these actions of disobedience and the bloody dispersal of them by the forces of law and order, behind all this “white noise”, two events took place quite imperceptibly and unobviously, which prevented the unacceptable for the Kremlin and for itself dad the outcome of this action. And I'm not talking about the victory of the protesters, which by definition was impossible at that level of organization of the protests, but about a completely possible internal treason, when the law enforcement agencies cease to carry out "criminal orders" and go over to the side of the insurgent people.

There are a lot of examples when exactly this happened, starting with Yugoslavia in 2000, when during the so-called "bulldozer revolution" the security forces forced Slobodan Milosevic to resign, and ending with Egypt, when in July 2013 the army announced its overthrow President of this country, Mohammed Morsi, who has “beguiled the shore”. And a very recent example of Bolivia, where in 2019 the reign of Evo Morales, who was ousted by senior officers of his own General Staff, also ended ingloriously.

And dad could easily repeat their fate. And the Polish-Lithuanian protest curators were not in vain hoping for this option. Some not the most morally stable diplomats, but cultural figures have already defected to their side - so they just went jamb. All that was missing was a security minister. And there was such a moment when the chair swayed under the daddy, but the Kremlin insured it in time, substituting its own power resource under the swinging leg. In the form of a reserve of the National Guard on the border with the Republic of Belarus. This was event # 1. The "swinging leg" understood everything and the excess did not happen. Although the temptation was. When? But just then, when you saw the dad with a machine gun and laughed for a long time at the fact that he forgot to join his store. But the store is not needed when the “elder brother” with a conventional machine gun is at the border. The siloviki are not stupid either, they understood the hint. The fact that the situation was played out became clear when Putin removed the reinforcement from the borders and returned it to his places of permanent deployment. And this was event number 2, which was also noticed by not everyone, carried away by the massive round dances of people with enlightened faces in white sweaters and red panamas. With this the concert of Polish-Lithuanian boys and girls was over. I am writing in the past tense, because everything is with Belomaidan in Belarus, you can relax - the regime of the last dictator in Europe has resisted. Thank you all maydanutym, everyone is free. See you at the March 2024 barricades in Moscow.

We'll talk about successful and unsuccessful (imagine, there were such) military coups next time. On this I say goodbye. Learn materiel and separate the wheat from the chaff.
Reporterin Yandex News
Reporterin Yandex Zen
7 comments
Information
Dear reader, to leave comments on the publication, you must sign in.