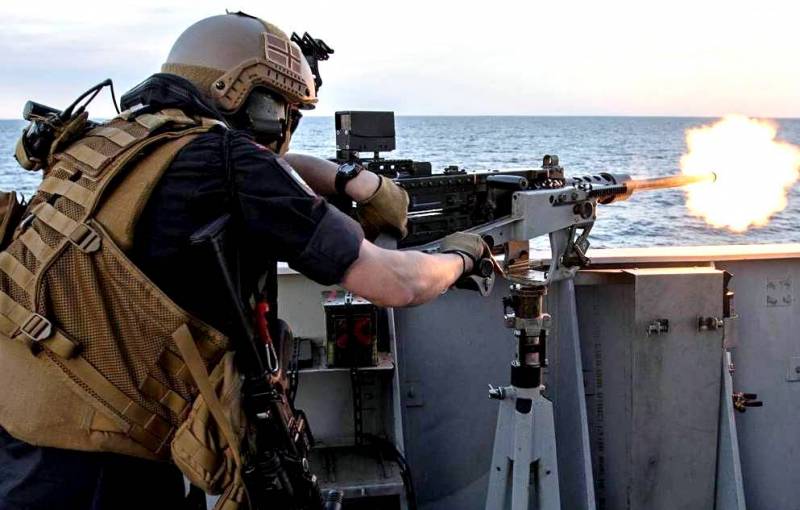 The United States and the United Kingdom want to bother Russia more with their naval exercises in the Barents Sea, while Norway is in an ambiguous position, writes VG.no.


These maneuvers directly endanger the Russian military installations in the High North, but the Norwegians abandoned traditional restraint in the name of allied NATO commitments and took part in the provocation.

Why not ... We have already lost one frigate due to incompetence ... Why not lose another due to senseless aggression ...
- writes Øystein Andersen.

Aggression? And nothing that the Russians themselves constantly stick out in our economic zone. Not to mention the fact that they are already on Norwegian territory (obviously, we are talking about Svalbard - approx. Per.). And in the territories of other countries, but this, of course, was never considered aggression among these communists. In Sweden, they drove a submarine onto the rocks, but this, allegedly, was not a sign of aggression. Just an accident ...
- Knut Jakobsen is indignant, recalling the case already in 1981, when the Soviet submarine S-363 ran aground off the Swedish coast.

In my opinion, this is not very reasonable on the part of Norway ... Why should we - given that over the past 10 years we have lost reliable protection on land - to stand up against the Russians at sea ... This will only worsen relations with our neighbor .. Yes, and in a purely military sense I see no point ...
- concludes Lars Erik Kvaale.

I see no reason to provoke Russia in the North, if, of course, the Russian Federation also observes border rules in those areas [...]
- reflects Arve Withbro.

Norway and NATO must sail much further to repay Russian aggression in the north and the rest of Europe appropriately. It should not be forgotten that Russia invaded and occupied parts of other countries. We must be vigilant, and ideally the United States should station its nuclear weapons and missiles on Norwegian soil. This will teach Putin a lesson [...]
- suggested by Andre Kristoffersen.

We must not forget that we also invaded some countries. So the number of attacks we have is probably a draw
- reminds the reader Arild Gjertsen.

It is important for Norway to keep tensions low in the North. All our security is based on this. And Russia is a great country with Western culture and an integral part of Europe
- Summons Helge Olav Erik Tollef Christophersen.

Just tell Putin and ask him to keep a safe distance from our border, or you think they have a monopoly on such violations
- steinar_wennberg replies to the previous comment.

Russia is anti-Western in itself. We must defend ourselves against Russia to survive as a Western state
- comments Håkon Helgesen.

The Russians regularly fly bombers along the Norwegian coastline while remaining in international waters. They provoke. They also had major naval exercises concurrently with NATO maneuvers in the north. The Russians operated near the Nordland county. […] It's time to repay them in kind. Russia's provocations against Sweden in the Baltic Sea are also well known. It's time for the US and UK to give them a reason to think hard
- Roger Hansen is indignant.
Ctrl Enter
Noticed oshЫbku Highlight text and press. Ctrl + Enter
We are
“With Russians it’s worth playing fair or not playing at all”
Where is Russia going?
Reporterin Yandex News
Read Reporterin Google News
11 comments
Information
Dear reader, to leave comments on the publication, you must sign in.