Strategic Culture: the US is starting to look more like "Russia of the 90s" 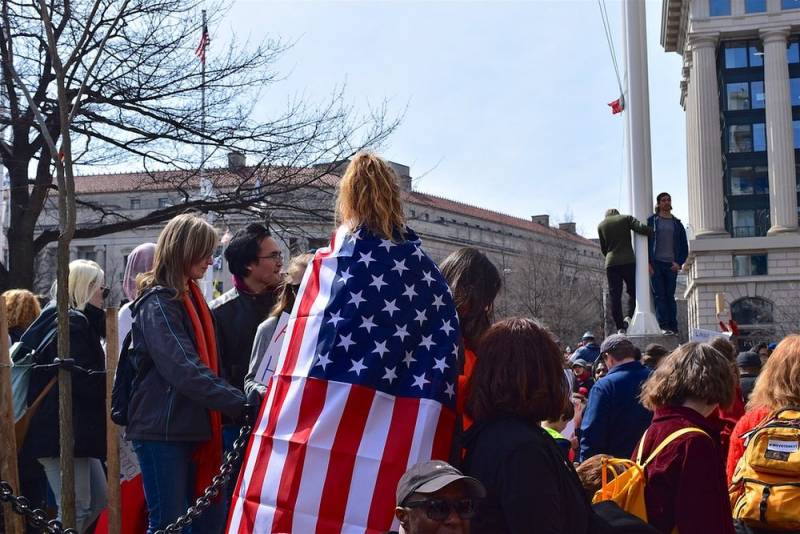 The modern United States is beginning to resemble "Russia of the 90s" more and more, writes the American publication Strategic Culture.


Two decades ago, The Atlantic published an article entitled "Russia is Over", which was accompanied by the subtitle "The Uncontrollable Fall of the Once Great Power into Social Abyss and Strategic Backwardness." It was not a very good prediction that just went into vogue with that period. The material erroneously assumed that Russia would inevitably disintegrate, because it is a “tough and backward dictatorship”, something like the African state of Zaire, only with permafrost.

If we now make a similar projection in relation to the United States, we will see that our country is very similar to the one described above and "is sliding uncontrollably towards a social abyss and strategic backwardness." But, both in Moscow and in Washington, forces may emerge that can change the situation by reversing the ongoing processes.

Moscow tsars and Soviet leaders have always destroyed institutions that could challenge their sole authority. The tsars used Orthodoxy as an ideology, it proclaimed the monarch the governor of God on earth, helping to enslave the peasants and turn the aristocrats into servants. Soviet leader Joseph Stalin followed in the footsteps of Ivan the Terrible and Peter the Great. But given the peculiarities of the new ideology, he strengthened his power through collectivization and industrialization, using the forced labor of his people for this. Therefore, one could expect from the Russian Federation that it will follow the path beaten over the centuries.

If you look at the historical experience of the United States, the picture will also look bleak. The country was created thanks to slave labor and the extermination of indigenous peoples. At the bottom is the immoral exploitation of the poor by the rich, who hide behind a deceitful ideology. The United States has become a global predator, plundering neighbors and waging wars in different parts of the planet.

But the United States is not only a tough plutocracy, this country also has its own spiritual values. Therefore, one can hope that the United States will overcome the crisis that erupted in 2020, because the forecast for Russia did not come true. In this regard, let's take a look at the facts.

Russian oligarchs did not achieve their position by building railways or factories. They manipulated prices using the underdevelopment of the legal system and their connections in the government. The three richest people in the United States, with a fortune comparable to the savings of 50% of the country's population, also got rich not by building factories and infrastructure. One runs a gigantic online store, the second runs a software company, and the third is a speculator. Moreover, during the pandemic, they became even richer, and the bulk of the population is poorer. Plutocrats dominate the so-called democratic society.

Russians despise politicians and speaking about them, they often use hard-hitting words, of which "thieves", "bandit" and "swindlers" can be considered the most harmless. Part of the population has a pathological disgust and distrust of the authorities, which has developed over the 90s. But the situation is gradually changing and the level of trust is growing. In the United States, a Pew Research poll showed that most Americans have begun to dislike their government.

Immediately after the collapse of the USSR, Russia turned from the number 2 military superpower on the planet into a country whose army could be neutralized by gangs of militants. Now everything has changed, but the country's leadership remembers that it was the excessive military spending that led the USSR to decline. Two decades of war in Afghanistan led the United States to a result similar to the Soviet Union. The ever-increasing cost of armaments has become unprecedented.

With regard to demography, the population of Russia in the 90s declined at an alarming rate. The country lost 1 million people annually. Now more than 146 million live in Russia, and the situation has begun to change. There are about 328 million people in the United States, but the birth rate is falling and the death rate is rising. And if the increase in mortality in Russia was associated with alcoholism, then in the United States, drugs and suicide are to blame.