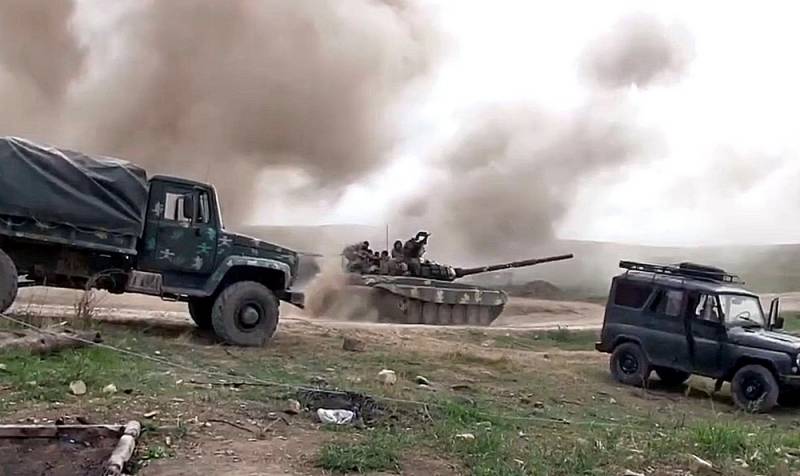 The Armenian Ministry of Defense published on its website a video of the destruction of an Azerbaijani armored column - the footage shows how tanks of the Azerbaijani armed forces are burning, and the attacked servicemen are fleeing.


The data on the destruction by the Armenian armed forces of the Azerbaijani TOS-1A fire system, which previously fired, deploying a position right among the houses of civilians, was also made public.


The footage of the video shows that the heavy flamethrower system of the Azerbaijani Armed Forces is shooting at the enemy, thus exposing civilians to a retaliatory strike by the Armenian Armed Forces.

Meanwhile, the representative of the Ministry of Defense of Armenia Artsrun Hovhannisyan noted that a 5th generation war is being waged at the moment.

Not only the dynamics and volume of this war, but also its military component are exceptional and unprecedented. In fact, we are conducting operations typical of 5th generation wars
- Hovhannisyan emphasized on his Facebook page.
Reporterin Yandex News
Reporterin Yandex Zen
26 comments
Information
Dear reader, to leave comments on the publication, you must sign in.