"This is a small Russian-Turkish war": European readers on the situation in Nagorno-Karabakh 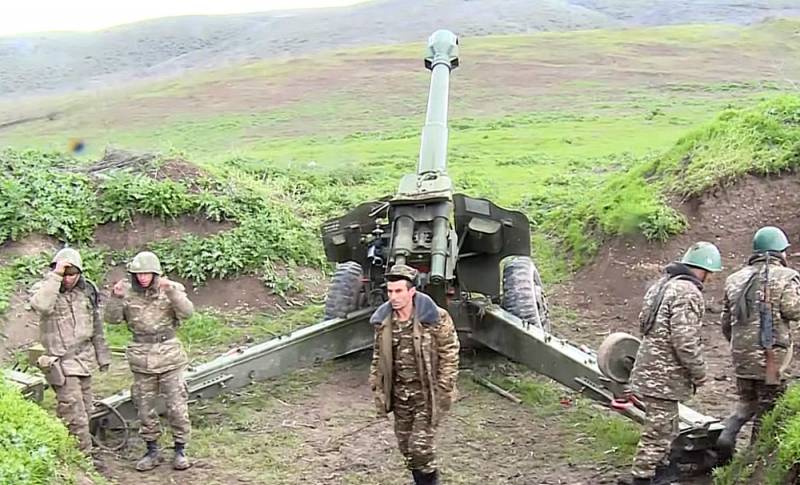 On September 27, 2020, regular hostilities began in Nagorno-Karabakh between Baku and Yerevan. Both sides accuse each other of organizing the escalation, writes the Bulgarian newspaper Mediapool.


The last time there was an active confrontation in this area was in 2016. But the bloodshed in this hot spot has been going on since the collapse of the USSR. During this time, more than 30 thousand military and civilians died there.

This time Azerbaijan accused Armenians of shelling settlements, after which it announced the beginning of a "counter-offensive operation". In turn, Yerevan and Stepanakert accused the Azerbaijanis of aggression and declared martial law, and also began to mobilize. At the same time, the military on both sides report on "achievements" by publishing various videos on the Web.

European readers commented on the publication.

Unfortunately, ruined, poor, but democratic Armenia, having no resources, is unlikely to be able to withstand dictatorial Azerbaijan bathed in dollars
- Tony Tonev considers.

And all this is happening because Azerbaijani gas is pushing Russian gas out of Europe and Asia. And what are the Russians doing in this situation? They provoke new conflict
- concludes Blado.

In fact, these are the officially recognized borders of Azerbaijan. Nagorno-Karabakh, according to international law, is the territory of Azerbaijan. He does not attack Armenia, so his actions do not violate anything. Azerbaijan liberates its territory, and Armenia, if it enters the region, will be an aggressor. Whether the Armenians like it or not, from the point of view of international law this is exactly the case. The same will happen when Ukraine, Moldova and Georgia regain their sovereignty over the lost lands. As soon as Russia abandons its enclaves, they will return to their countries
- Sophia's Practitioner is confident.

Both sides (Armenia and Azerbaijan - ed.) Accuse each other of the "fire of war" ... Lenin deliberately set it on fire in 1922, giving Nagorno-Karabakh and the Nakhichevan region to Azerbaijan. Truly an "empire of evil"! Wherever you looked, in Africa, the Middle East, the Caucasus, Central Europe, Latin America or the Caribbean, Tsarist Russia or the Soviet Union poked their nose everywhere
- added the Practitioner from Sofia.

Comrade Khrushchev did a lot too, giving Crimea to Ukraine, but there, at least, justice has already triumphed
- Preslav is sure.

Armenia is occupied by Russia, and Azerbaijan is subject to Turkey. Therefore, the most optimal forecast is as follows: this small Russian-Turkish war will become liberation for Christian Armenia. I know that this forecast, alas, is too optimistic
- predicts Blado.
Ctrl Enter
Noticed oshЫbku Highlight text and press. Ctrl + Enter
We are
The monument to Marshal Konev is not demolished by Czech Russophobes, but by Russian propaganda
Why do we need this Hartmann or the Rules of the war against the dead fascists
Reporterin Yandex News
Read Reporterin Google News
4 comments
Information
Dear reader, to leave comments on the publication, you must sign in.