Two projects for the price of one: how Minsk managed to save $ 3 billion at BelNPP 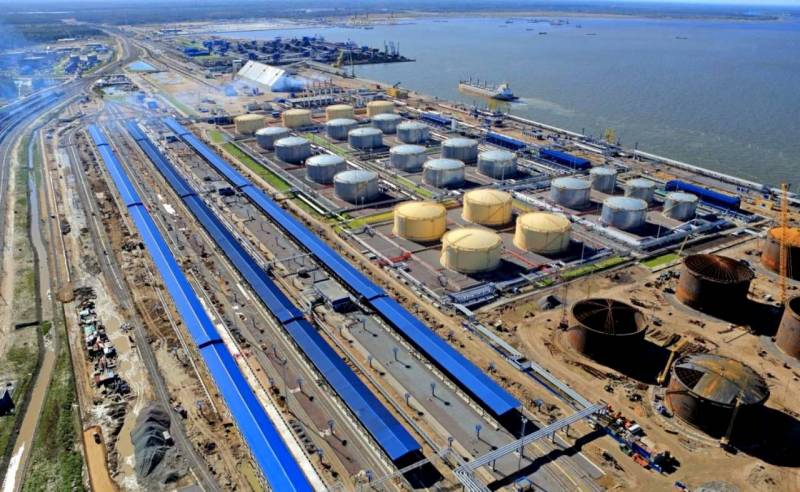 One of the main problems of Belarus, which receives the lion's share of foreign exchange earnings from the export of oil products and potash fertilizers, is the lack of its own access to the sea. President Lukashenko "cut a window" to the coast through the Baltic states and even Ukraine, but after the extremely ambiguous results of the elections in summer 2020, this "window" was closed in front of him. Under the circumstances, Minsk can only rely on Moscow, but Alexander Grigorievich would not be himself if he had not set an interesting condition for Russia.


First of all, it should be noted that being landlocked is a problem for many states, and they all solve it in their own way. For example, Ethiopia, having lost the coastal province of Eritrea, was forced to reorient foreign trade to Djibouti. In addition, Addis Ababa has entered into infrastructure agreements with Sudan and Somalia. Bolivia has agreed with Peru to build its own port on its territory, although it has not yet found sufficient funds. In addition, the authorities of this South American country are interested in participating in the Chinese project for the construction of a transcontinental railway from the Pacific to the Atlantic. The exchange of territories with Ukraine allowed small Moldova in the late nineties to receive its port of Giurgiulesti on the Danube with the status of a free economic zones.

It cannot be said that Minsk has been sitting idly all these years. Back in 2006, the Belarusian authorities signed an agreement with Russia on the construction of terminals for the export of mineral fertilizers in Ust-Luga. However, in reality they are now used only by domestic companies Uralchem, Akron and PhosAgro, which have reoriented their commodity flows from the Baltic States. Belarus, in fact, chose to go through the acquisition of blocks of shares in Biryu Krovinu Terminalas (BKT) in Klaipeda. Thanks to investments in the expansion of terminals in the Lithuanian port, Minsk hoped to increase the export of mineral fertilizers from 12 million tons per year to 16.

In addition, President Lukashenko dreamed of his own path "from the Varangians to the Greeks." A port was to be built in the Gomel region, from which vessels of the "river-sea" class with a displacement of up to three thousand tons would go along the Dnieper to the Black Sea. On the Ukrainian coast, Belarusian oil products would be loaded onto sea vessels. The idea was quite realistic, the project cost was estimated at some 64 million dollars. Its mere presence allowed Belarus to obtain the formal status of a "sea power". However, the ambitious plans of Alexander Grigorievich stumbled over the Ukrainian realities: Kiev simply did not have money to carry out dredging works on the desired river section.

Perhaps President Lukashenko would have achieved his goal in the end, but all his efforts canceled out the results of the summer elections, where he showed a “fantastic” result, which was not believed either in the West or in Ukraine. As a result, an “iron curtain” was put in front of Belarus for the period of his rule from the “other” side. The only real alternative remains - Russia, which itself is actively inviting Minsk. Moscow has long been offering Belarusian exporters to reorient to Ust-Luga, compensating for the losses from a long logistic leg with a more favorable transport tariff. In addition to the issue of transportation costs, President Lukashenko is ready to discuss the possibility of building "his own port and his own berth" in the Leningrad Region. The Governor of the Leningrad Region Alexander Drozdenko, in turn, said that the Belarusian side could enter the share capital of three new terminals under construction in Ust-Luga. And everything would be great, but Alexander Grigorievich performed in his repertoire, proposing to do this at the expense of Russia itself:

Everything that we save at the nuclear power plant, which is being built at the expense of loans from the Russian Federation, we are ready to invest in the port and the construction of the terminal. Therefore, if you have a desire, we can implement this joint project with you with great pleasure.
We are talking about the construction of the BelNPP, which should start operating in November. Its cost is estimated at $ 10 billion. According to President Lukashenko's estimates, under the economy regime, about 7 billion dollars will actually have to be spent, and the rest can be used to “cut through” the Belarusian window to Europe. This immediately raises several interesting questions, which in themselves do not call into question the need for economic integration of Russia and Belarus.

Who and how made the estimate of the BelNPP, if at the construction of a nuclear power plant, which is opposed by neighboring Lithuania, it is possible to "save" as much as 3 billion dollars without prejudice to its safety? Where and to whom would these funds have gone if Minsk had not decided to “save money”? And if this money, allocated within the framework of the Russian loan, really turned out to be excessive, then why not just repay it ahead of schedule? However, modern geopolitics is like this: you can't figure it out without half a liter. However, the very fact that the cost of projects within Russia always grows during their implementation, while Belarus also manages to save money, suggests a fundamental difference in the approaches of the “two systems”.
Ctrl Enter
Noticed oshЫbku Highlight text and press. Ctrl + Enter
We are
Peace enforcement operation. Russia inflicts a preemptive strike on Kiev
“The dark August night came the one whom the Ukrainians were waiting with horror”
Reporterin Yandex News
Read Reporterin Google News
5 comments
Information
Dear reader, to leave comments on the publication, you must sign in.