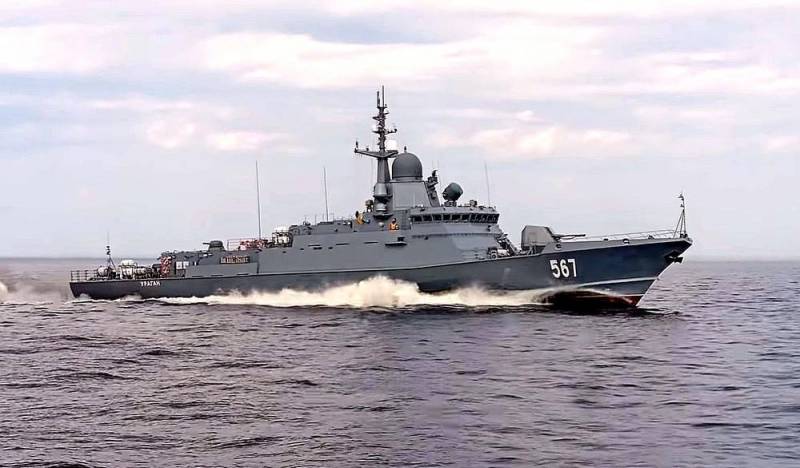 The surface component of the Russian navy is frankly weak today. Huge problems with its renewal were created by Ukraine, which refused to supply power plants for our ships. How serious the situation is, is evidenced by the plans of the Russian Defense Ministry to replace frigates of the far sea and ocean zones with small missile ships, originally intended to protect large rivers and inland sea basins.


The frigates of project 11356R "Petrel" have a very difficult fate. Initially, it was planned to build six units to replace the ships of the project 22350, the construction of which was delayed, and after that they intended to bring the total number to nine. But they didn't. Before the Crimean events in 2014, Ukraine managed to supply only three gas turbine power plants to Russia, and after Kiev prohibited their further transfer. Because of this, all the deadlines for the series of "Petrel" were thwarted. Due to problems with import substitution of engines, the Ministry of Defense decided to take a rather desperate step, referring to the idea of ​​replacing ships of the second rank with small ships of the third rank. The main reason was that RTOs are much cheaper and a large number of them can be “riveted” rather quickly. In any case, it seemed so initially.

Small missile ships of the project 21631 "Buyan-M" performed quite well in 2015 and 2016, inflicting a series of attacks on the positions of terrorists in Syria. They are armed with missiles "Onyx", "Caliber-NK", and in the future - hypersonic "Zircon". 9 vessels have already been built, 3 more are under construction. However, the practice of using them on "big water" has shown that they do not feel very comfortable on it, and have very limited autonomy.

These problems were supposed to be corrected by the project 22800 "Karakurt". RTOs of this series are essentially an improved version of the Buyans with increased seaworthiness and navigation autonomy. Rather, they can be attributed already to small corvettes. The armament is made up of the same "Onyxes", "Calibers" and "Zircons". The series will include 18 "Karakurt". Despite their modest size, RTOs will be able to perform a number of important tasks to ensure the defense capability of our country.

However, the intention to replace frigates with them, whose displacement is 4,5 times greater, does not say anything good about the state of domestic shipbuilding. Unfortunately, problems appeared in the production of RTOs. So, the contract signed in 2018 for the production of two small rocket ships with Vostochnaya Verf JSC was never fulfilled, therefore it was terminated by the military. The heir to the Vladivostok Shipyard No. 602 has lost half of its orders, and the employees are forced to take a shorter working week.

There is an opinion that this was done not because of the “harmfulness” of the Ministry of Defense, but because the defense industry simply cannot cope with the volume of orders. To replace the Ukrainian engines, Zvezda has developed the M-507D-1 units in the Leningrad Region, but is unable to produce them in sufficient quantities. It was necessary to transfer part of the volumes to the Kingisepp Machine-Building Plant (KMZ), but the subcontractor also failed, which led to a clarification of the relationship in court. Zvezda's press service explained:

KMZ has not yet set up a serial production of diesel engines in accordance with GOST RV 15.301-2003, although all the documentation required for their manufacture has been officially transferred.
In general, import substitution is a difficult and slow thing. Apparently, the RF Ministry of Defense has decided to delete from the list two "Karakurt", each of which costs the budget 2 billion rubles.
Reporterin Yandex News
Reporterin Yandex Zen
22 comments
Information
Dear reader, to leave comments on the publication, you must sign in.