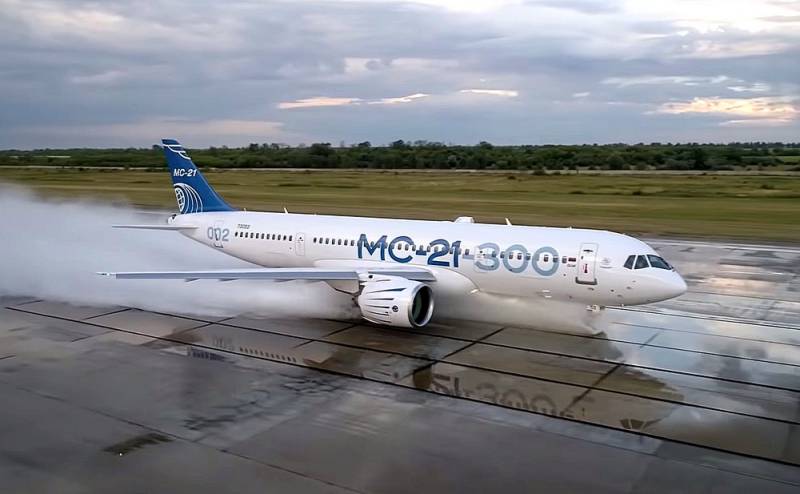 Despite the numerous problems of the Superjet and the difficulties that the US sanctions created at the very start of the MS-21, there is some hope that domestic civil aircraft will be able to slightly move Boeing and Airbus. What are such bold dreams based on?


First of all, experts point to the huge problems of the two arch-rivals. The American corporation lost about $ 737 billion just because of the unsuccessful Boeing 9 MAX, which led to a drop in the value of its shares. And because of the coronavirus pandemic, which led to a decrease in demand for new aircraft, Boeing showed losses for the first time since 1997. COVID-19 took a third of Airbus' business in just a few months. The European corporation is literally "bleeding out", forced to continuously spend money.

The problems of the Russian civil aircraft industry would be no better, but the irony is that it is practically absent, so it has nowhere to fall too much. The joint Russian-Chinese wide-body CR-929 airliner still exists only on paper. The promising medium-haul MS-21 has not yet begun to be mass-produced. The short-haul "Superjet" has long been firmly on the budget needle, and soon its "import-substituted" version is to be created, about which we are in detail told earlier.

A recovery in global demand for new aircraft is expected on the horizon of 5-6 years. Just by that time, domestic aircraft manufacturers must finally deal with their problems. Some experts believe that the MC-21 and even the compact Superjet fit most successfully into the post-image realities. The decrease in passenger traffic objectively took place, so it is more profitable for carriers to take medium- and short-haul liners instead of large ones, but only half full. In the most optimal scenario, Russian aircraft can occupy up to 5% of the world market. However, first, domestic aircraft manufacturers must solve a whole range of problems.

At first, the experience of the Superjet operation showed that the manufacturing company failed to establish an effective after-sales service for the aircraft. If the MC-21 also steps on the same rake, it has no bright future.

Secondly, the question of the reliability of the supply of components is very serious. Recall that due to the high share of American components, the Superjet could not be sold to Iran.

Apparently, certain conclusions have been made, and by 2023, our country should have a Sukhoi Superjet 100 New, completely created from domestic components and with the domestic PD-8 engine. Now the task is to prevent a repetition of this story with the MS-21. The release dates for the Russian airliner were shifted to the right due to the imposition of US sanctions against suppliers of composite materials for its "black wings". President Putin recently commented on the US move with frustration:

We took and, for reasons of unfair competition, stopped supplying us with the corresponding composite materials for the wing. What is it? This is simply rudeness in the world market in violation of all generally recognized principles and rules.
Domestic liberals in power should remember that it was not for nothing that the USSR created a closed cycle of aircraft production, which was successfully destroyed by them. Now the problem of replacing composite materials for a medium-haul liner is nearing completion. But there is a risk that this is far from the last sanctions strike. In addition to the "black wings", in the design of the MC-21, important components of foreign production were used - electronic equipment and some mechanical components. There are no domestic analogues yet. UAC has bought 35 billion rubles worth of imported components for the future, but what will happen when they run out?

Taken together, this means that the revival of the civil aircraft industry in our country can only be the result of the restoration of the entire production cycle of key components, which is worth doing right now, before the introduction of new restrictive measures. Then it will be possible to dream about 5% of the world market.
Reporterin Yandex News
Reporterin Yandex Zen
4 comments
Information
Dear reader, to leave comments on the publication, you must sign in.