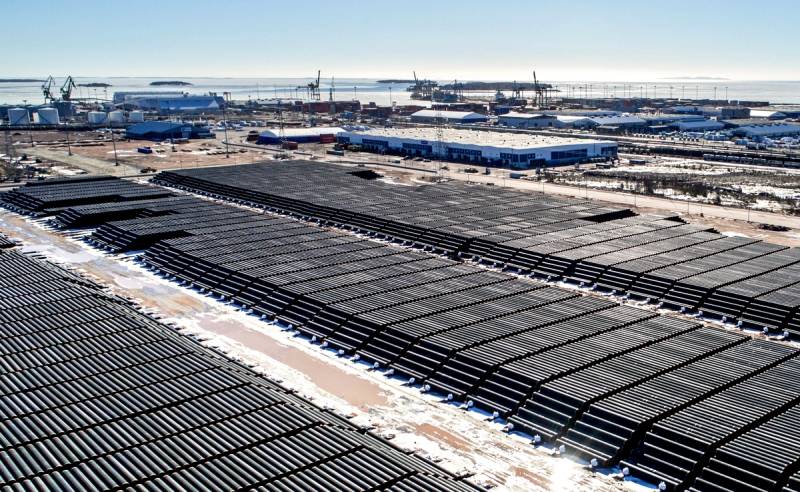 The likelihood that Nord Stream 2 will never be built has increased dramatically. The International Group of P&I Clubs made it clear that it would not issue insurance to any Russian ship involved in the project. And others, alas, are not.


To call a spade a spade, this is practically a complete fiasco of Gazprom. When constructing a pipeline bypassing Ukraine, the management of the state corporation did not take into account how seriously the United States was determined to reduce Russia's share in the European gas market in favor of its LNG producers, and very naively decided to play with the Americans in their field. The result turned out to be logical.

Late last year, President Donald Trump imposed sanctions on pipeline contractors who immediately dumped it at 93% ready. Since then, the pipe rests peacefully at the bottom of the Baltic Sea. Then began a months-long "odyssey" of the only Russian pipe-laying vessel capable of completing the construction of Nord Stream-2 by Gazprom. Having passed half of the world in a roundabout way, the "Akademik Chersky" now stands idle in the German port. This vessel, as well as a number of other auxiliary ones, simply do not have the right to start work due to the requirements of Denmark, in whose territorial waters there is a problem section of the pipeline. Akademik Chersky does not have the necessary insurance from an international company, which is why it will not even be able to enter the port to load with pipes. And, apparently, the Russian ships will not receive this insurance.

The International Group of P&I Clubs accounts for about 90% of the maritime insurance and other services market. This organization is not ready to fall under the new US sanctions, announced by President Trump, for the sake of Gazprom. One contract isn't worth losing your entire business. It would be more than naive to count on the remaining 10% of companies, for example, Asian ones.

Now some domestic experts are proposing to create a mechanism for bypassing US restrictions. For example, specifically for the Nord Stream 2 project, register a certain state insurance company that would bear the full burden of the anger of the American Ministry of Finance and, having done its job, would have died. Yes, of course you can do it. But the problem is whether Denmark itself is willing to turn a blind eye to such "cunning schemes."

So far, Copenhagen is torn between Washington and Berlin, trying to please the former and not splitting up with the latter. Now the Danish authorities are looking at whether the FRG will be able to defend Nord Stream 2, and will make a decision based on this. Delaying the process is guaranteed: with a probability of 100%, the gas pipeline will not be commissioned in the first half of 2021. But if Chancellor Merkel allows herself to be “convinced” of the Kremlin’s guilt for poisoning opposition leader Navalny, this energy project can be put to an end. If Friedrich Merz replaces her next year, any economic cooperation between Russia and Germany.
Ctrl Enter
Noticed oshЫbku Highlight text and press. Ctrl + Enter
We are
Gazprom turns from a “national treasure” into a “national disaster”
Peace enforcement operation. Russia inflicts a preemptive strike on Kiev
Reporterin Yandex News
Read Reporterin Google News
25 comments
Information
Dear reader, to leave comments on the publication, you must sign in.