Turkey launched an operation to squeeze Russia out of Libya 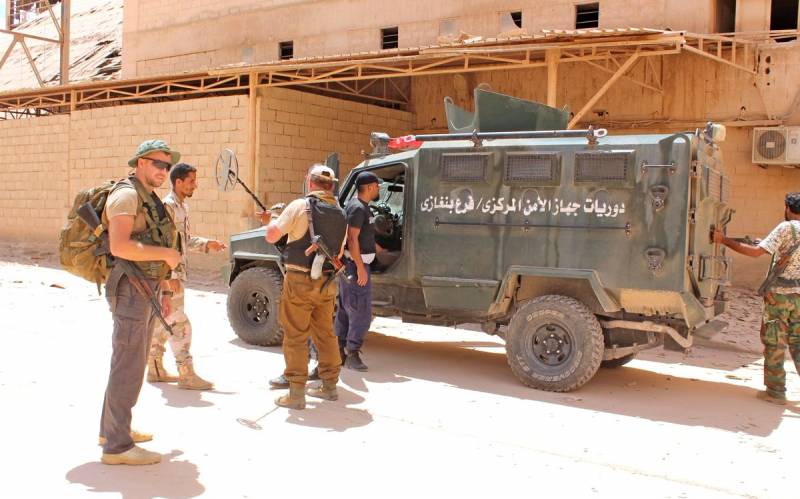 Political the alignment in distant Libya begins to change dramatically. The head of the Government of National Accord Faiz Saraj announced his intention to resign. Is this the result of internal squabbles in Tripoli or the long arm of "Sultan" Erdogan, who allows the "Moor" to leave, who has done his job?


Faiz Saraj announced that he is ready to transfer his power to the new government and the presidential council, which should be formed by the end of October. This message came against the background of negotiations on a ceasefire in Libya and on the further post-war reconstruction of the country. At the same time, a prominent Libyan politician Nuri Abu Sakhmein flew to Moscow and gave a number of programmatic interviews to leading Russian publications. Who and where wrote the points for this program can be judged by its main theses. We will summarize them in the form of key excerpts from these interviews, and also try to read what remains between the lines.

At first, it should be borne in mind that Faiz Saraj fully fulfilled his task before the patrons from Ankara. On behalf of the Government of National Accord, he officially invited Turkish troops to the country and legalized their presence, as well as the opening of permanent military bases. In addition, Tripoli signed an agreement with Ankara on the delimitation of the continental shelf, rich in hydrocarbons, in favor of Turkey. In return, the "Sultan" Recep Erdogan defeated the army of Field Marshal Khalifa Haftar and drove the LNA far to the east, where it stopped, propped up only by the unequivocal support of Egypt.

It is easy to guess that Faiz Saraj's similar pliability in favor of Turkey's national interests could not please many even in the west of Libya. Now the "Moor", who has done his job, can safely leave and be appointed to the role of the local "Gorbachev" and "Yeltsin" in one person in the eyes of the concerned Libyan public. Ankara will have to put another loyal politician instead of him.

Secondly, through the mouth of Nuri Abu Sahmein, "Sultan" Erdogan sent Moscow and other interested parties an unambiguous signal that he did not see any political future for Khalifa Haftar. He calls the field marshal "a man who trampled all the law" and a war criminal who committed an anti-constitutional coup. Those with ears should hear this Turkish message.

Thirdly, the Libyan politician made it clear that Tripoli considers Russia guilty of war crimes in Libya due to the actions of the Wagnerites on the LNA side. Here is a quote from Sakhmein's interview with Kommersant:

Russia now looks very bad in the eyes of the Libyans because of the group and its participation in hostilities after April 4, 2019. Unfortunately, Haftar used the Wagner, together with mercenaries from other countries, to attack Tripoli. His actions violate all international legal standards. Moreover, they are criminal.
The "envoy" of President Erdogan in Moscow bluntly stated that responsibility for the war crimes in Libya (murders and mining of houses in Tripoli) will fall on everyone who is associated with "Wagner". According to Nuri Abu Sahmein, representatives of the Russian Foreign Ministry deny that Russia is connected with the PMC, but "the Libyan people cannot deny the real facts." However, "everything is fixable."

In general, if we translate from the florid language of eastern diplomacy into Russian, the Kremlin is offered to stop supporting Khalifa Haftar, remove the Wagnerites from Libya and not interfere with rebuilding the country according to the Turkish order, otherwise the question of the “war crimes” of Russian mercenaries will be raised.
Reporterin Yandex News
Reporterin Yandex Zen
10 comments
Information
Dear reader, to leave comments on the publication, you must sign in.