Russia is being prepared for the next "big privatization" 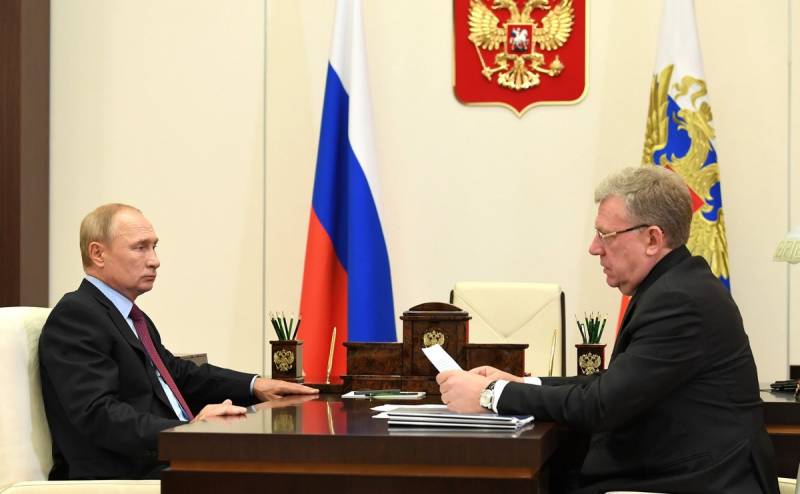 Russia will face another “big privatization”. The remaining tidbits of state property will be distributed among the right people. As a result, the rich will become even richer, the poor even poorer. The cynicism consists in the fact that all this is being done ostensibly for our common benefit.


It is worth paying close attention to the recent words of one of the country's main systemic liberals, Alexei Kudrin:

Our state is still so much economythat we have resources of 200-300 billion rubles a year from privatization can be easily obtained within the next five to six years. Maybe some taxes would not have to be raised.
“Do not raise taxes” and “maybe”? I remembered an old Soviet film in which a little girl is asked what she wants: to have her head blown off or to go to the country house. All this, of course, is a joke, but, alas, no laughing matter. The fact is that all recent decades have been purposefully leading our country towards “big privatization-2”. The first, we recall, led to the emergence of oligarchs and the impoverishment of millions of Russians.

Today, about 70% of the country's economy is under direct or indirect government control. Optimists prefer to see this as "getting up from its knees." Pessimists admit that this is only a preparatory stage for the transfer of the most valuable assets into private hands. First, the formation of monstrous state corporations creates “warm places” for a very narrow circle of people, where not the most competent people in the position of top managers receive monstrous salaries and bonuses. Secondly, the efficiency of cooperation of such corporations with some contractor companies, to one degree or another affiliated with their management, raises great doubts. Thirdly, the impression is created (perhaps wrong) that by collecting valuable state assets "in a heap", "servants of the people" are preparing them for subsequent wholesale transfer to private hands through the privatization process.

The fact that this will not be done for the benefit of the country's population can be judged by a number of landmark statements by high-ranking officials. In addition to Mr. Kudrin, a year ago, Finance Minister Anton Siluanov complained that the "sovereigns" were slightly "relaxed":

We will now come to Moscow, this is a task to which we will need to pay attention - to prepare a more ambitious privatization program.
Note that this statement was made in Washington before representatives of the IMF and the World Bank. By the way, the International Monetary Fund is considered to be one of the "tentacles" of globalists, who owns the US Federal Reserve System. Let's face it, there is no smell of popular aspirations about revising the results of the predatory privatization of the nineties, here we are morally prepared for a new one. At the same time, Mr. Kudrin is intimidating us by raising taxes, which "maybe" will not be raised "yet".

It is already becoming clear how the next transfer of state property to private hands can now be arranged. Remember the phrase "loans-for-shares auction" that gave birth to the oligarchs Potanin, Prokhorov and others? Last year, the head of the state-owned BTV, Andrei Kostin, proposed returning this practice. It was then about the bank "Otkrytie", which was saved at the expense of budget money through nationalization. The banker generously offered to return it to private hands to the shareholders of Alfa-Bank through a loans-for-shares auction:

Otherwise, Otkritie Bank will soon swell so much on the money of the Central Bank that you won't sell it, it will be so expensive.
Pay attention to the wording: “the sovereign's man” for some reason does not care at all that the country will receive back the funds invested in the credit institution, the main thing for him is to attach it to “good people”. Given the collapse in federal budget revenues that the oil and gas sector of Russia demonstrates, under the threat of privatization such backbone companies as RusHydro, Sovkomflot, Rosseti, Transneft, Rostelecom, and in the future also Russian Railways, Aeroflot and Sberbank.
Reporterin Yandex News
Reporterin Yandex Zen
14 comments
Information
Dear reader, to leave comments on the publication, you must sign in.