By supporting the protests in Belarus, the Balts have driven themselves into an "energy trap" 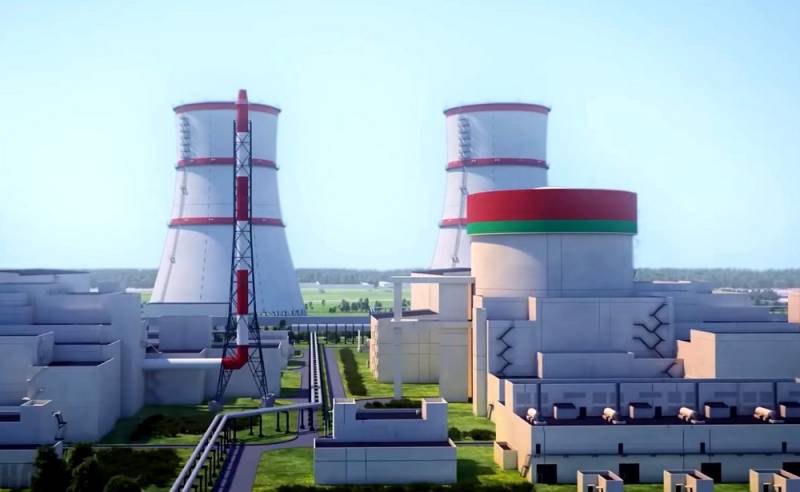 The Baltic countries, which did not recognize Alexander Lukashenko as the legitimate president and severed all relations with Belarus, have driven themselves into an energy trap. By their refusal to purchase electricity from 2021, which is generated by the BelNPP, Lithuania, Estonia and Latvia have actually “clogged” themselves inside themselves in the hope of “overflows” from Poland and Sweden. After all, energy bridges from Russia have not functioned since 2018.

However, some problems await also Belarus, which risks being left with a "sea" of electricity, which has nowhere to sell. For Minsk's economy, this can be a rather painful blow, especially considering that under the terms of the loan provided by Russia for the construction of the BelNPP, Belarus undertakes to return $ 1 billion annually.

However, unlike the Balts, the RB has options in this case. First, in the framework of recent negotiations between Alexander Lukashenko and Vladimir Putin, the Russian president promised his “brotherly people” full support, focusing separately on the BelNPP.

Secondly, in Belarus, since the times of the USSR, ferrous metallurgy has been well developed, whose steel-arc furnaces require a huge amount of electricity. Thus, surplus electricity can be used to support and develop domestic production.

And, finally, thirdly, the most promising direction. Considering the EU's "ecological doctrine", which implies a transition to hydrogen, the production of which requires a colossal amount of free and preferably inexpensive electricity, Belarus has a unique opportunity to become one of its suppliers. At the same time, Russian methane could well become a raw material for the production of an energy carrier.

Consequently, thanks to the “short-sighted” actions of the Balts, the Russian-Belarusian tandem will not only not suffer, but can also receive significant economic benefits by occupying a niche in one of the most promising markets.