Victory will be in Minsk: the USA clearly showed the scenario of the war between Poland and Belarus 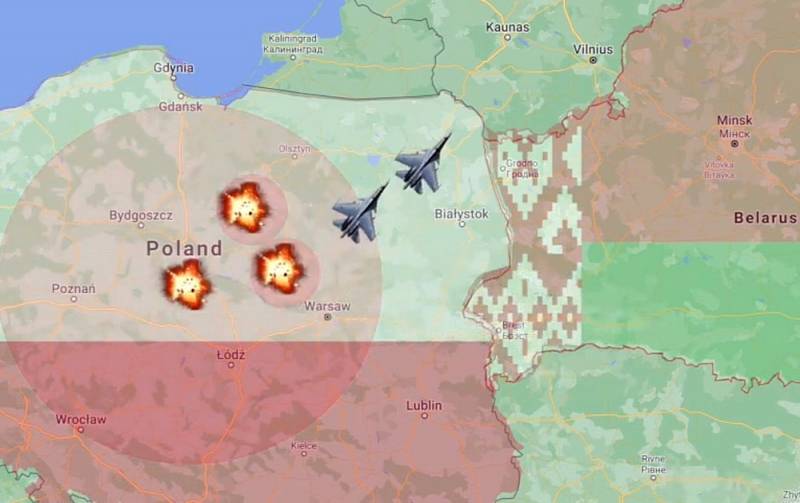 The American edition of Military Watch conducted a simulation of a potential military conflict between Poland and Belarus, reflecting the analysis on video. The assessment included the air, anti-aircraft, ground and strike capabilities of both countries.


Military experts believe that under certain circumstances, the growth of further tension between Warsaw and Minsk may lead to a real armed conflict, which will develop into a full-fledged war between the countries. At the same time, the United States, NATO and the EU countries will not fight for Poland, just as Russia will not participate in the confrontation instead of Belarus. Thus, Minsk and Warsaw will have to sort things out on their own, although the allies will not deny them some support.


In terms of manpower, there is a relative balance between the countries. Warsaw's slight superiority in tanks is compensated by the presence of 22 "flying tanks" in Minsk - Su-25 attack aircraft. Moreover, Belarus has a significant advantage in conventional and rocket artillery. In addition, Minsk has a powerful strike potential. Belarus is armed with 36 OTR-21 "Tochka" with a range of up to 185 km and OTR P-17, known as "Scud-B", with a range of up to 300 km, as well as local MLRS "Polonez".

As a result, the publication from the USA came to the conclusion that the outcome of the war would be sad for Warsaw, and victory would be for Minsk. Belarus has more powerful air force and air defense, and also has a serious strike potential in the form of missile systems.

Note that in the published Global Firepower rating for 2019, in which the military potential of 137 states of the planet was assessed, Belarus took 39th place, and Poland was in a higher 24th place.
Ctrl Enter
Noticed oshЫbku Highlight text and press. Ctrl + Enter
We are
"They have only one problem": Russian Su-30SM were criticized in Belarus
Military Watch spoke about the special squadron "Aggressors" as part of the USSR Air Force
Reporterin Yandex News
Read Reporterin Google News
24 comments
Information
Dear reader, to leave comments on the publication, you must sign in.