Boeing was found guilty of 346 deaths. What is the fate of the aviation giant? 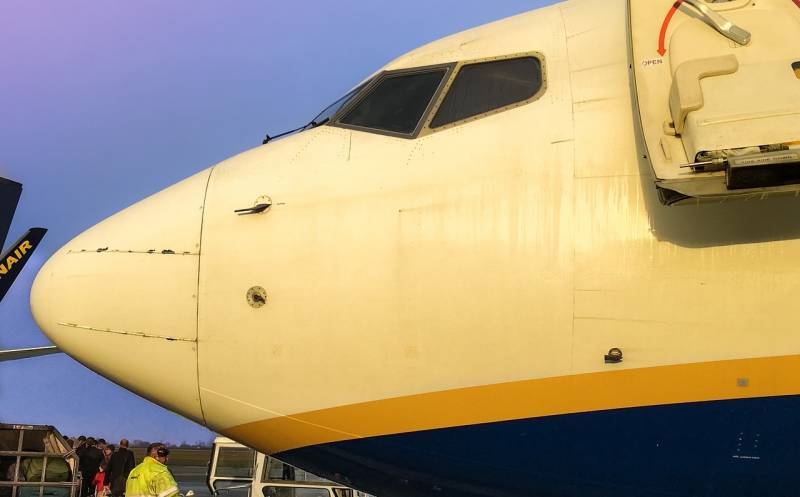 A lengthy and highly biased investigation, conducted at the highest level - the US Congress, has been completed. The Committee on Transport and Infrastructure of its House of Representatives published a thick (250 pages) tome report, as a result of which a completely unambiguous verdict is made against one of the world's two largest aircraft corporations: "Guilty!"


However, upon a thoughtful consideration of all aspects and details of this case, the conclusion suggests itself that the conviction applies not only to the Boeing Company, but to the entire American system, which boasts of its "perfection" and "infallibility", but in fact is ready to sacrifice with ease. any number of human lives for the sake of maximum profit.

The "terrible culmination" of the age-old path

This emotional definition is not invented by me, but taken precisely from the very official report, which was discussed above. The congressmen conducting the investigation believe that the two plane crashes (in March 2019 in Ethiopia and in October of the same year in Indonesia), which killed 346 passengers and crew members, were the logical result of “a number of erroneous technical assumptions of the concern's engineers, lack of transparency on the part of its management and grossly inadequate oversight by the Federal Aviation Administration (FAA). " All these are, of course, correct conclusions and even, one might say, common truths. However, the problem is broader. And at the same time - to call things by their proper names.

So, mentioning in the document "colossal financial pressure" exerted on the company in connection with the need to compete with the new model of the European concern Airbus - A320neo, the "investigators" do not say a word about what exactly Boeing's attempts to solve the arisen problem led to "cheap and angry. " Not everyone knows about this, but the ill-fated 737 MAX should not have been born at all! This is, so to speak, an "unplanned child" of the corporation, whose management, faced with the danger of losing huge contracts due to the fact that they were bypassed by overseas competitors, who released on the market a liner that significantly surpassed the Boeing 737 NG in characteristics, decided to take a simple and fast path ... As usual, wrong ... Instead of having resigned to a time lag, "sit down" for the creation of a fundamentally new machine (since this was not done in advance), the company decided to "screw up" a kind of "fourth generation" of already morally exhausted myself 737s.

One of the points by which the A320neo beat its American counterparts was its lower fuel consumption, which made it more profitable to operate. It was on MAX that they decided to attach more economical CFM LEAP-1B engines. Everything would be fine, but only in diameter they were more than 20 centimeters larger than the standard ones, for which, in fact, the entire architecture of the machine was designed. And, accordingly, they did not fit under the wing. Technical the solution was found pretty quickly - the engine nacelles were simply pushed forward. However, this gave rise to a new problem - the plane began to show a tendency to bulging up the nose, which threatened it with a "stall" and disaster. It would seem - a dead end, work should be suspended, and best of all - to return to the "zero level" and rebuild the entire machine, taking into account the difficulties that have arisen. Instead, Boeing again decided to follow the path of least resistance (and least cost - above all), entrusting the mission of controlling the "angle of attack" to the computer "miracle program" MCAS. But in the end, it turned out to be not a panacea, but a killer program that intercepted control from the pilots and sent the liner into a deadly dive. Did Boeing know about the possibility of such a turn? At least they guessed.

Already during the preliminary testing of the new aircraft, the MCAS samples attracted the attention of the corporation's technical specialists and test pilots. However, this only led to the fact that the company simply did not inform about the potential threat either to the representatives of the airlines-buyers, or, more importantly, to the pilots, who faced the "excellent" prospect of the risk of being held hostage by their own on-board computer. It got to the point that the "retraining" of pilots from 737 NG to 737 MAX took place ... using an application on the iPad! A full-time simulator did not exist for a long time.

"Security control" - does the wing wash its hand?

In the released report, Boeing is directly accused of not only "hiding critical information" from the FAA, but also of "serious impact on the regulatory body." From this place I would like to learn more. How did the company representatives “influence” the Federal government officials? With a Colt to your head? Or in some other way, much more pleasant for them? Yes, one of the Boeing test pilots, a certain Mark Forkner, appears in the materials of the investigation, who back in 2016 allegedly inspired FAA functionaries, convincing them of the reliability of the 737 MAX in general and the ill-fated MCAS in particular. Perhaps it was so. However, it is unlikely that the pilot (currently no longer working in the company) did this on his own initiative, and not at the instigation of his own management. But the main thing is different - deceived, as you know, there is someone who wants to be deceived. The congressmen conducting the investigation were forced to admit: at least in the case of Boeing, the FAA carried out safety control of certified aircraft (for which it was, in fact, created) "extremely ineffective." In fact, the decision on the serviceability and safety of the new model was left to the mercy of the corporation itself, which decided to take the risk and lost. The loss was 346 human lives ...

However, Boeing itself may also be worth it. The company has already approached the global crisis, into which both the air transportation industry and the entire global aircraft industry have plunged due to the consequences of the coronavirus pandemic, the company has already approached the most weakened due to the problems caused by the plane crashes of its liners and the grandiose scandals that followed.

All this became obvious even before a new disease entered the world: at the end of 2019, Boeing was at a loss for the first time in many decades. It seems to be not critical - about 640 million dollars, but the company ended 2018 with a profit of 10 billion. Then things got worse - chained to the ground all over the planet 737MAX cost corporations $ 10 billion in compensation payments. In January, Boeing did not have a single order for the supply of new aircraft - against 275 received at the same time by competitors from Airbus. And then COVID-19 burst out and, in general, everything flew headlong ... In May, the corporation "voluntarily" left 5 and a half thousand employees, and another 6700 people were fired in the "forced" order. As it turned out, the “optimization” planned at the level of 10% of the state was insufficient and already last month the company started talking about the second wave of layoffs. It is not surprising that against the background of such "optimistic" News Boeing's share price has declined by almost 2020% since the beginning of 50 alone. It is clear that the United States authorities will make every effort to save the corporation, which is a real "national treasure" for the country.

At one time (when the company was just beginning to have problems), US Treasury Secretary Stephen Mnuchin said that they could reduce the country's overall GDP by 0.5%. Then it was about more or less serious troubles, and not about the complete collapse and bankruptcy of Boeing. Even analysts of the US Treasury will hardly be able to say exactly what its final collapse can lead to. It was not for nothing that in early July, after the company under the close supervision of the FAA, which remembered its responsibilities, the “updated” and “now completely safe” 737 MAX with “overcoming the crisis,” Donald Trump personally congratulated the corporation, calling Boeing in a fit of overwhelming feelings. one of the best companies in the world. " Perhaps the head of the White House was somewhat hasty ...

The epic of attempts to return the model of the liner to the sky, which, in fact, cost the corporation not only absolutely incredible financial losses, but also an almost complete loss of business reputation, has been going on for a long time. Instead of admitting it to be its own mistake and failure, the company is persistently seeking to "rehabilitate" the 737 MAX. The motivation here is quite understandable - during the time the world airlines refused to purchase these aircraft, up to 400 units have accumulated in Boeing hangars. The decision taken at the end of last year to discontinue the production of this model, at least until the corresponding certificate was obtained, was perhaps the only correct one. However, as far as we know, in May, its production was resumed again at the company's plant in Renton. Moreover, there is no doubt that sooner or later the corporation will receive all the necessary certificates. Officials of the Federal Aviation Administration, of course, will be reinsured as much as possible, but the necessary papers will be undermined. Where will it go if, in fact, not only the survival of the "best company in the world" is at stake, but also the national interests of the entire United States. But will this only mean that the 737 MAX, in the very design and layout of which system errors were originally laid, has actually become safe?

Such a question will most likely arise among the vast majority of potential buyers of these liners, and there is nothing they can do about this in Washington. In fact, the released report, which brought to light the unsightly "inside out" of the "undercover games" between the big business of the United States and the state control bodies supposedly completely independent of it, casts doubt on the entire system of quality assurance of any products of the "best in the world" American corporations. What kind of "controllers" are those who can be led by the nose in matters concerning the safety and lives of hundreds of thousands of people? And what kind of aircraft manufacturers are they willing to risk them "in order to save money"? The Congressional investigation is definitely not the end of Boeing, but there are many things to consider.
Ctrl Enter
Noticed oshЫbku Highlight text and press. Ctrl + Enter
We are
Boeing slaughtered: the fall of the aircraft giant continues
US Global Economy: An End That Sneaks Noticeably
Reporterin Yandex News
Read Reporterin Google News
13 comments
Information
Dear reader, to leave comments on the publication, you must sign in.