Nord Stream 2 has become completely dependent on the US decision 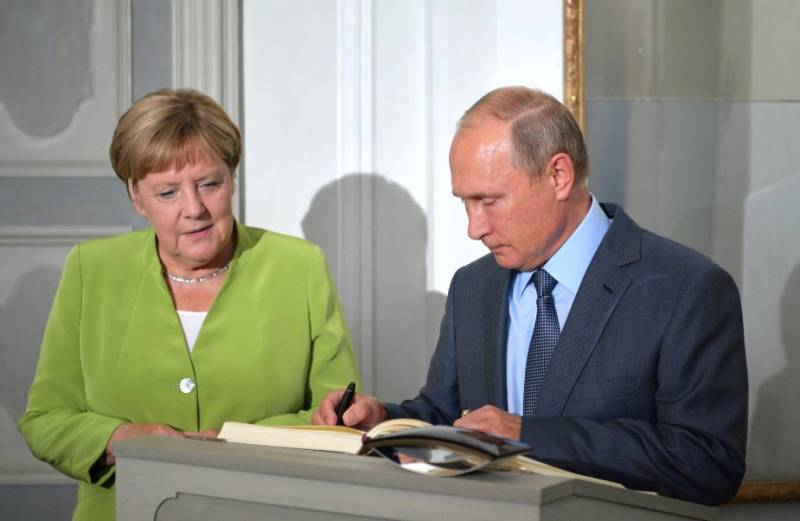 The situation around Nord Stream 2 is developing according to the worst scenario. After the story of the poisoning of opposition leader Alexei Navalny in Russia, the likelihood that the pipeline will never be completed has increased dramatically. In Europe, and especially in Germany, a fierce политическая fight, but his fate will ultimately be decided in the distant United States, where in November it will be determined which course the "hegemon" will take next.


The affairs of Gazprom in the European direction are bleak. After US sanctions were imposed last December, the unfinished pipeline lies dead at the bottom of the Baltic Sea. The Akademik Chersky, driven in by roundabout ways from the Far East, remains under-equipped to independently complete the laying of the Nord Stream-2. In addition, not a single international company is ready to issue him the insurance required by the Danish authorities. The German authorities are eagerly awaiting a new package of sanctions in the US defense budget, which may affect the German port of Mukran and the business, one way or another involved in the project.

Berlin has been trying for a long time to find a compromise with Washington. Die Zeit published a publication that Germany was ready to allocate a billion euros for the construction of two new receiving LNG terminals in Brunsbüttel and Wilhelmshaven in exchange for the fact that the Americans would not obstruct Gazprom. By itself, this news for the domestic monopolist, it does not bring anything good either, since these terminals will certainly be built only with signed contracts for the purchase of guaranteed volumes of gas. That is, Russia, even at best, would lose a large share of the European market, but Chancellor Merkel and President Putin could save face.

Now everything will depend on the outcome of the elections in the United States of America. If President Trump wins, he will likely continue to finish off Nord Stream 2. If Democrat Joe Biden takes revenge, some compromise options may appear. Meanwhile, the specialized edition Politico has already begun to advise Germany on how it can "merge" the joint project with Russia. Let's list these options:

At first, Berlin may revoke previously issued permits for the construction of the pipeline.

Secondlyafter waiting for the completion of construction (if the Americans allow it), revoke the license for its operation.

Thirdly, the German authorities may follow the lead of the "environmentalists" who will sue Gazprom for the fact that Nord Stream 2 contributes to "global warming." It is worth noting that it is the leaders of the German party "Soyuz-90" / "Greens" who are the loudest against this project.

At lastBerlin can “wash its hands”, clinging to the case of the poisoning of Alexei Navalny, and let the United States crush Nord Stream 2 on its own. So far, this is the most working scenario with the lowest reputational costs.

It should be remembered that the unilateral refusal of Germany from the gas pipeline will give the right to sue the pipeline operator Nord Stream 2 AG. More than a hundred companies are involved in the construction, half of the investments were made by European corporations. Someone will have to pay for the failure of the joint energy project, and Berlin is clearly interested in “turning the arrows” on someone.
Ctrl Enter
Noticed oshЫbku Highlight text and press. Ctrl + Enter
We are
Kremlin will be forced to pay a high price for Navalny
Nord Stream 2: Kiev is ready to stop the gas pipeline at all costs
Reporterin Yandex News
Read Reporterin Google News
14 comments
Information
Dear reader, to leave comments on the publication, you must sign in.