End of Iranian embargo: Russia prepares to change the balance of power in the Middle East 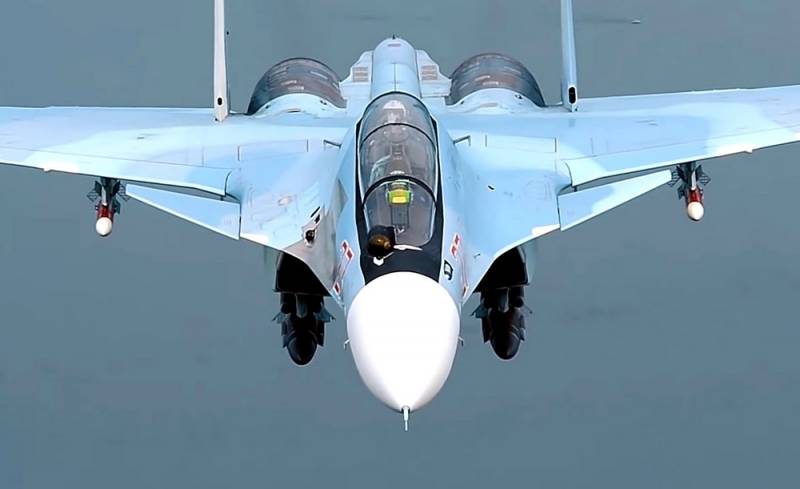 On October 18 of this year, the arms embargo against Iran, established by UN Security Council Resolution 2231 of July 20, 2015, for a five-year period expires.


It should be noted that different countries prepare for this date in different ways: Tehran is making plans to modernize its own army, Moscow and Beijing are calculating how many and what types of military equipment This country of the Middle East, which is in a state of perpetual conflict with the United States, Israel and a good half of its neighbors, is capable of purchasing, and Washington is shouting to the whole world that it will never allow Russian and Chinese weapons into Iran. Whose plans are destined to come true?

How Americans outsmarted themselves

Strictly speaking, from the point of view of international law, there can be no discrepancies in this matter. In fact, the embargo, that is, a strict ban on the supply of any weapons to Tehran, was lifted by the same UN Security Council resolution mentioned above, adopted after the conclusion of the Joint Comprehensive Plan of Action (JCPOA), which marked Tehran's abandonment of nuclear ambitions. From that moment on, it was said that the supply of a number of weapons to this country is possible only with the permission of the Security Council, which must approve or reject the deal in each specific case. As you might guess, in the conditions of the almost unconditional dominance of the United States in the UN, this seemingly not too serious formality turned in fact into a completely insurmountable barrier.

At the same time, it was about such important weapons for the state's defense as military aircraft (aircraft and helicopters), armored vehicles, cannon artillery of 75 mm calibers, surface and submarine warships with a displacement of half a thousand tons and above. Missiles with a range exceeding 25 kilometers also fell under the restrictions, but only those that did not belong to air defense systems. The last clause allowed Russia to finally complete the fulfillment of the contract for the supply of S-300 air defense systems to Iran, as well as the Pantsir-S1 and Tor complexes. If they were not part of the local air defense system, the United States would most likely inevitably try to "try to protect the Iranian sky" during the recent aggravation of relations between the countries. It is not surprising that in the current conditions Tehran has more than concretely outlined its own intentions to begin massive purchases of Russian weapons. And even more ...

As recently as July of this year, Iranian Ambassador to Moscow Qassem Jalali said that his country considers Russia its "priority partner" and, above all, in the area of ​​military-technical cooperation. According to the diplomat, consultations are already being prepared at a fairly serious level, during which the entire range of possible supplies will be discussed, which, as Jalali stressed, "will significantly contribute to strengthening Iran's defense capability." At the same time, high-ranking representatives of Washington are trying to make it clear at every opportunity that nothing like this will happen under any circumstances. Initially, for this, the United States tried to use the capabilities of the UN Security Council, trying to push through it an appropriate resolution on the extension of restrictions. This, in particular, was repeatedly stated from the rostrum of the organization by the US Special Representative for Iran Brian Hook.

However, in this case, there is an incident that is the result of the actions of the Americans themselves, in a sense, outwitted themselves. Let me remind you that the current US administration (specifically, Donald Trump) announced its own withdrawal from the Joint Comprehensive Action Plan, which Iran allegedly "was not implemented" back in 2018. According to the letter of international law, from that very moment, Washington has no concern with everything related to the JDPP and cannot demand the adoption of any decisions within its framework. This moment, by the way, was announced by the Russian representative to the UN Vasily Nebenzya back in May this year - in response to another demarche of American diplomats. Later, the same point of view was expressed by the permanent mission of the PRC to this world organization. However, when did the Americans care about someone's opinion other than their own?

Change the geopolitical "alignment" in one fell swoop

US Secretary of State Mike Pompeo, I remember, in April this year broadcast to the journalists who gathered at a press briefing in his department that the United States "will not allow the lifting of the embargo on Iran." Then the head of American diplomacy still pinned hopes on the fact that he would be able to "bend" the UN Security Council under himself, but already at that moment he mentioned the possibility of using "other options" by the American side. Now that Washington's original plan has essentially failed (permanent members of the Security Council, China and Russia will never let it come true - especially in the current realities), the Americans seem ready to sharply raise the stakes. All the same Pompeo recently announced that "without waiting for action" from its allies in the UN, the United States "decided to take full responsibility for itself." So far, it is not entirely clear what exactly we are talking about. Does the US military intend to sink ships heading for Iran if they suspect them of transporting weapons? Shoot down planes that can transport military cargo to this country? Or do they intend in some other way to push the situation towards the beginning of the Third World War ?!

However, it is more likely that Washington intends, contrary to logic and law, to try to use the so-called "special mechanism for settling disputes within the framework of the FDPA" laid down in the same Resolution 2231. Without going into details, we can state that its activation will mean a "rollback" of the situation to the times of the most severe and comprehensive anti-Iranian sanctions and bans on any cooperation with this country. Purely American "logic": we withdraw from the agreement, but we will appeal to it when it suits us! It is not without reason that Russian Foreign Minister Sergei Lavrov reacted to such inclinations by quoting an American proverb, the closest analogue of which in our speech is the well-known words about eating fish and trying to sit comfortably. Well, in general, you get the idea ...

Tellingly, Mr. Pompeo does not even hide the fact that the main goal of the vigorous activity developed by his department is the desire "to prevent Iran from buying Chinese armored vehicles and Russian air defense systems." That is, not weapons in general, but products of the military-industrial complex of quite specific countries. At the same time, the head of the State Department is either weakly in control of the situation (which is unlikely), or, excuse me, is simply fooling around. In the event of the start of deliveries of our weapons to Tehran, it will not only be about new S-300 divisions or even the appearance of much more sophisticated Triumphs from this country. According to numerous experts, the first place for Iran today is the creation of a modern and combat-ready air force. What the country now possesses can be called military aviation only with a very big stretch. F-4 "Phantom", F-5, F-14, as well as the Soviet MiG-29 and Su-24, whose age has been estimated for many decades, can be characterized by a quote from a popular anecdote about a resourceful ensign: “They fly, of course, but only very low "! So, the "dream number 1" for the Iranian military is the Russian multipurpose fighters Su-30SM and Su-35. And it is precisely the appearance of these formidable military vehicles in their hands that they categorically do not want both in Washington and in Tel Aviv.

Another important point is mobile missile systems for protecting the coastline K-300P Bastion-P. These complexes, equipped with 300 kilometers of striking force and capable of tearing to shreds rather serious ships with the Onyx, will finally put an end to American attempts to "flex the muscles" of their own aircraft carrier strike groups off the Iranian coast. And these are just a couple of main points. But we are certainly talking about a much wider range of supplies - Iran would have enough money, and Russia would have enough will.

However, the financial issue in this situation, perhaps, is not the main one. The appearance of at least the aforementioned types of weapons in Iran will instantly change almost the entire military "alignment" in the Middle East region. First of all, the extremely insolent vultures from the IDF will have to fold their wings, allowing themselves to launch missile and bomb strikes where and when they please, including on the territory that is in the sphere of our exclusive interests of Syria. Sheikhs of the UAE, Qatar and other local states, which are loyal satellites of the United States, will have to behave somewhat more modestly. As, by the way, Turkey, which has thought too much of itself recently ... And the US itself is unlikely to continue trying to talk with Tehran exclusively from a position of strength - realizing this very moment, Washington is so opposed to lifting the rest of the embargo. However, this is not all. Qasem Jalali, already mentioned by me, speaking about the prospects of cooperation between Iran and Russia, said about the possibility of creating a new interstate entity, something like a "geopolitical club", which could include countries that categorically disagree with the United States' claims to world domination and the strength of this is suffering harassment from the restrictions and sanctions imposed by Washington. Tehran sees Russia and China as their companions in this unification. Surely it is possible to “write down” Belarus on the fly, as well as Venezuela with Syria and North Korea.

"Nice company - nothing to say!" - Someone can skeptically comment on this perspective. What can you say here? It is necessary to start from somewhere the construction of the same multipolar world, the necessity of which has been repeated for so long in the Kremlin ?! We can continue to wait for the best proposals, while simultaneously enduring more and more provocations with "poisoned oppositionists" and the like. We can try to continue to "negotiate in an amicable way" with the West, which Russia does not see and has never seen except as its own colony. Or - to start with those who are ready today to challenge American hegemony not in words but in deeds. The choice is ours.
Reporterin Yandex News
Reporterin Yandex Zen
24 comments
Information
Dear reader, to leave comments on the publication, you must sign in.