Expert: Russia will provoke a civil war in the United States 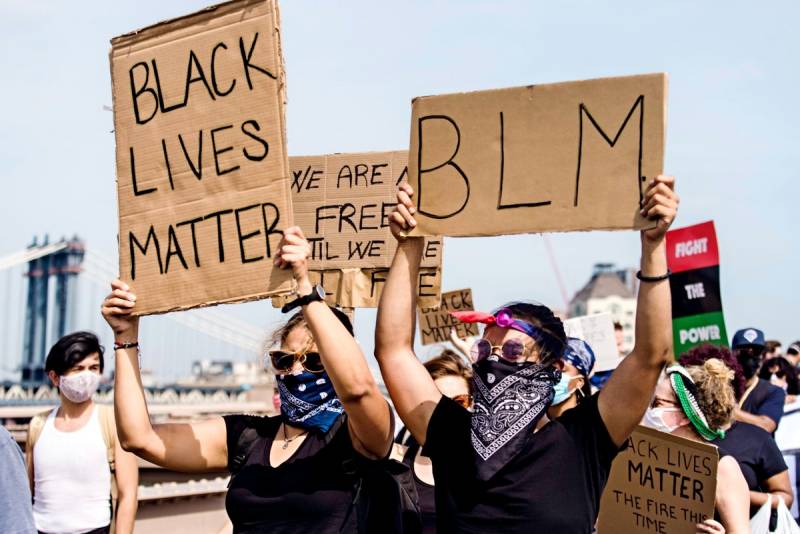 An openly anti-Russian article was made by the former security and counterterrorism coordinator for the administrations of two US presidents, and by the member of the Democratic Party Richard Clarke in the West Hawaii Today newspaper.


He reminded the reader of the alleged activities of the Russians, who, in his opinion, coordinated some of the protests in the United States in 2016. Similar attempts may take place at the present time.

What role the Russians are playing in this year's escalation of alienation and violence is not yet known to the general public. The Trump administration has tried to prevent counterintelligence experts from providing details to the public and Congress. However, experts in the government said that Russia has already intervened and is likely to continue to do so in the election season, acting in support of Trump. This is confirmed by research by non-governmental experts.
- writes the author of the publication.

In his opinion, Russia’s goal is not just Trump’s re-election. Mr. Clark believes that President “Vladimir Putin seeks to break socialpolitical the fabric of America, wreak havoc and public mistrust in government, and set us against each other. "

America, on the verge of a new civil war, will not be an obstacle to Putin's revanchist aspirations to regain control of neighboring countries and extend Russian power in the Middle East and elsewhere.
- the expert continues.

We, he continues, should be concerned that Russia will go beyond all limits by embarking on active calls for violence in the United States. Armed groups spurred on by social media have already taken to the streets.

We must be prepared for violence to erupt in the United States in the weeks leading up to and after elections, when the vote is likely to be challenged. Incidents can be blamed on antifa. And armed militants will engage in battle with peaceful protesters, using special brutality. Those who pull the trigger may not be happy with the fools in America, but they will be led by a man in the Kremlin. Joe Biden and Kamala Harris must warn the American people that this could happen
- Mr. Clarke intimidates.

Also, the author of the opus, already on duty for the Western press, hinted at the possible involvement of the Russian authorities in a number of events - from the terrorist attacks in the Russian Federation twenty years ago to the recent "poisoning" of opposition leader Alexei Navalny.
Reporterin Yandex News
Reporterin Yandex Zen
6 comments
Information
Dear reader, to leave comments on the publication, you must sign in.