Libya in exchange for Syria: a subject of bargaining appeared in relations between Moscow and Ankara 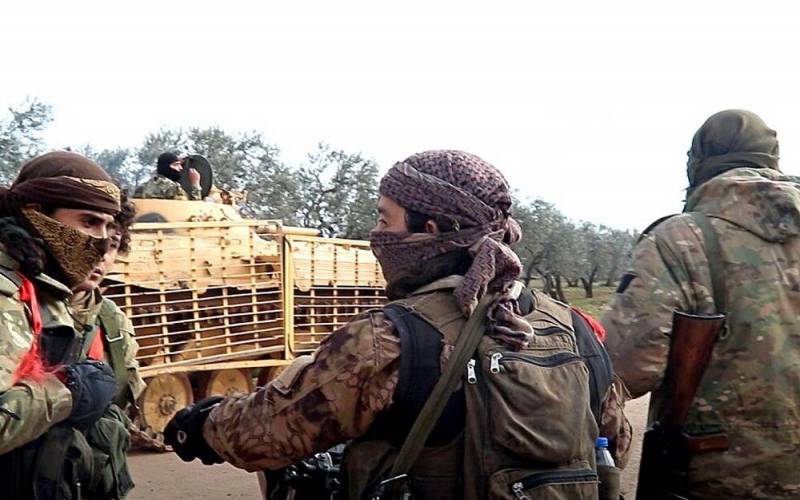 A few weeks ago, a Turkish delegation in Moscow discussed the future of Syria and Libya with their Russian counterparts. Now diplomats from the Russian Foreign Ministry went to Ankara on a return visit. It so happened that Russia and Turkey are on opposite sides in the conflicts in both of these countries. Is a compromise possible, and what can it be?


Undoubtedly, the most painful point in relations between our countries is Syria, where Russia and Turkey are actively "pushing their elbows." Damascus is an official ally for Moscow, and Russian troops are on the territory of the SAR at the official invitation of the republic's authorities. Ankara, however, clearly considers the Syrian land "temporarily occupied" and is not averse to returning to the historical borders of the Ottoman Empire. All of this creates a huge geopolitical problem. In words, the Turkish authorities adhere to the principle of the territorial integrity of Syria. In fact, they support terrorist groups that have entrenched themselves in northern Idlib, and have also "taken" part of the Aleppo province.

The formal reason for the intervention and occupation of these strategically important regions is the need to create a security barrier from the Syrian Kurds. After the occupation, Ankara began to oust the Kurds from its borderland, replacing them with ethnically and culturally close Turkomans. There is essentially only one step left before the proclamation of the "Turkish Republic of Northern Syria". This will create an even tighter knot of contradictions that can only be cut by force. Last spring, the question of a military clash between Turkey and Russia was in all seriousness, which was avoided only at direct talks between Presidents Putin and Erdogan. De facto, Idlib was divided into northern and southern parts, which remained under the Turks and Syrians, respectively.

But official Damascus does not intend to endure such a situation indefinitely, declaring the need to squeeze the invaders out of its territory. A shaky ceasefire could be broken at any time, especially when you consider that there are other external players who are interested in creating problems for Turkey near its borders. We are talking, of course, about distant Libya, where the Turks are opposed by Egypt, the United Arab Emirates, Saudi Arabia, France and Russia.

President Erdogan took advantage of the invitation of the official Tripoli and sent troops into North Africa to support the government of Faiz Saraj in its confrontation with the Libyan national army of Khalifa Haftar. In return, he received hydrocarbon-rich sea shelves and strengthened Turkey's position in the Eastern Mediterranean by opening new military bases. Erdogan's "hussar swoop" was not appreciated by either Libya's neighbors or the EU countries, which Ankara crossed the road. As a result, a broad international anti-Turkish coalition was formed, in which Russia occupies, if not the first, but not the last place either. As you know, our "Wagnerians" are fighting on the side of Field Marshal Haftar.

As a result, there is a subject for bargaining between Moscow and Ankara. If the coalition actually starts hostilities with the Turks in the Eastern Mediterranean and in Libya in order to moderate the revanchist fervor of "Sultan" Erdogan, Russia will have a choice: to support Turkey against its NATO allies with the supply of weapons (for example, Su-35 fighters, about which we told earlier), or, on the contrary, open a second front against it, supporting the Syrian offensive in northern Idlib. The war on two fronts was not pulled even by the Third Reich, far from modern Turkey.

Given this geopolitical alignment, the Kremlin may try to bargain with Ankara for the actual demilitarization of Idlib in return for friendly neutrality, and all the more support for Libya and the Eastern Mediterranean. If Turkey fears a Kurdish threat in its border area, it can agree in exchange for the withdrawal of its troops to allow peacekeepers there through the UN. This would be a serious step towards defusing tensions in the region and restoring the territorial integrity of Syria.
Reporterin Yandex News
Reporterin Yandex Zen
5 comments
Information
Dear reader, to leave comments on the publication, you must sign in.