Who and why put Belarus on the "debt needle" 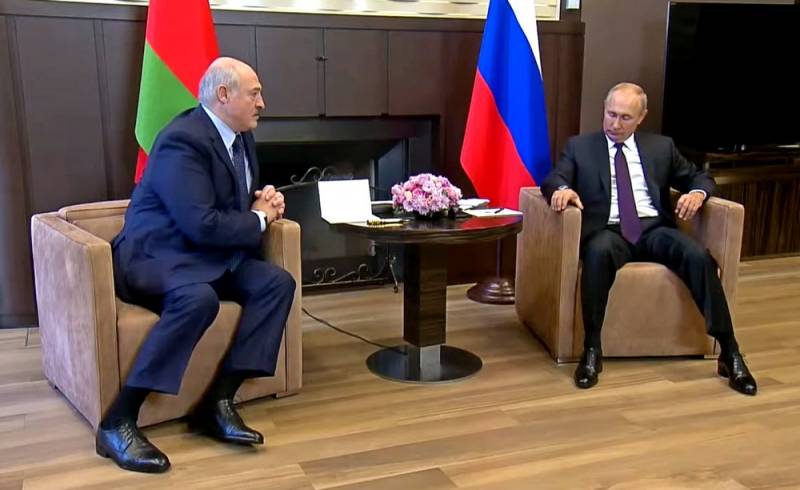 In 2015, President Lukashenko promised that Belarus would pay off all its foreign debts over the next five years and would never ask for financial assistance again. The following year, Western sanctions were lifted from the "last dictator of Europe", and just five years later Belarus found itself head over heels in debt and on the brink of financial collapse. How did it happen?


Formally, things are not so bad in Minsk: the ratio of the state debt to the country's GDP is 34,9%. For comparison, in Russia it is 14,9%, in neighboring Nezalezhnaya - 79,2%. True, there are also much less optimistic assessments than the Belarusian Ministry of Finance. For example, the IMF and the World Bank believe that the real figure for the ratio of debt to GDP in Belarus is 40%. The figure itself is serious, but many countries are doing fine with much larger public debt. However, in the case of Belarus, things are much worse, since the question rests on the ability to provide its service. A closer look gives the impression that Minsk was deliberately "hooked" on a debt needle.

On the one hand, President Lukashenko really tried to carry out the notorious multi-vector policiesby diversifying the sources of obtaining loans. In 2016, having lifted most of the sanctions on the Belarusian ruling elite, the West opened Minsk access to its debt market. Over the next several years, he conducted three issues of Eurobonds, worth $ 800, 600 and 600 million each. Also in 2019, Belarus placed bonds for 10 billion rubles on the Moscow Exchange, and then decided to ask Moscow for a loan of $ 600 million, but in return the Kremlin reminded her of the need to hurry up with integration within the Union State, from which Minsk proudly avoided money. not received.

Then Beijing came to the rescue, providing a loan of $ 500 million. In April 2020, the Belarusian Ministry of Finance again placed bonds at the Moscow Exchange in the amount of 10 billion rubles, and also borrowed $ 1,25 billion on European markets. Note that the main purchasers of these securities were American investors. After the start of the pandemic, Minsk applied for a loan from the IMF, but was unexpectedly refused due to disagreement with President Lukashenko's methods to combat coronavirus. As a result, instead of the promised payment of all external debts, Belarus only collected them. In itself, this would not be so critical if the country could guaranteed to pay for them, but, alas, this is not so.

On the other handBelarus is critically dependent on the export of a very narrow range of goods. The basis of its foreign exchange earnings is the sale abroad of potash fertilizers, as well as oil and oil products, for which Minsk is reliably tied to Moscow. This has more than once led to trade wars between the two allied countries. In the course of the latter, supplies of "black gold" from Russia fell sharply, as a result of which foreign exchange earnings also fell. Finished off the Belarusian the economy pandemic coronavirus. Mass protests in the republic after the recent presidential elections are largely a direct consequence of the worsening socio-economic situation. The Ministry of Finance of Belarus predicts that the budget deficit could range from 2,1 billion rubles to 5 billion, which is very serious for a small country. Taken together, this means that Minsk is unable to service its external debts.

As a result, we are faced with a typical debt pyramid, when it is necessary to constantly take out new loans in order to pay off the old ones. The six-week "oil war" between Russia and Saudi Arabia and COVID-19 were able to undermine this unreliable structure. The country is confidently heading towards default, which was only brought nearer by the irresponsible calls of the Belarusian opposition to organize a general strike. The $ 1,5 billion loan promised by President Putin could delay a financial collapse that foreign investors will no doubt take advantage of. This once again raises the question of how really sovereign Belarus is and the need for its close economic integration with Russia.
Ctrl Enter
Noticed oshЫbku Highlight text and press. Ctrl + Enter
We are
Peace enforcement operation. Russia inflicts a preemptive strike on Kiev
Three years left: Ukraine will be sold in parts
Reporterin Yandex News
Read Reporterin Google News
5 comments
Information
Dear reader, to leave comments on the publication, you must sign in.