The threat is growing: five NATO planes are operating off the coast of Crimea 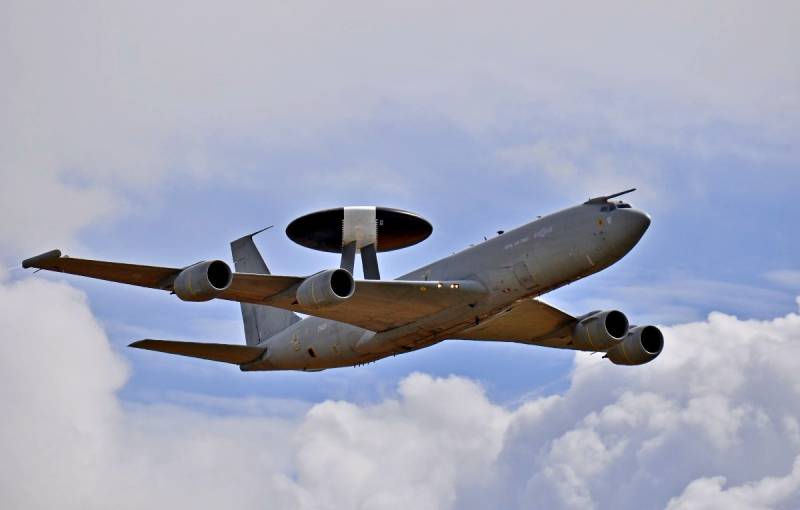 In 2020, the NATO Air Force literally "settled" in the sky over the Black Sea. But the closer the date of the US presidential election, the more outrageous and demonstrative the Americans behave towards Russia, showing their “exceptionalism”.


The growing threat is evidenced by a number of operations conducted by the US Air Force near the Russian borders in recent years. For example, on September 4, 2020, three B-52H Stratofortress strategic bombers that flew from Fairford airbase in the UK, carried out unprecedented action near the Crimea. They flew, accompanied by Ukrainian fighters, over Ukrainian territory along the coast of the Sea of ​​Azov and simulated nuclear strikes against Russia.

On September 14, 2020, three B-52Hs supported by three KC-135 Stratotanker air tankers and two MC-130J Commando II transports of the US Air Force, as well as a Sentinel R.1 reconnaissance designator of the British Air Force, tried to spend another act of intimidation. At that time, a meeting was held in Sochi between Russian President Vladimir Putin and his Belarusian counterpart Alexander Lukashenko.

Note that this "hyperactivity" of the United States and its allies in the skies over the Black Sea is difficult to explain by anything other than intimidation. The nearest "Russian event" of interest to NATO is a missile test on September 17-25, 2020. But the reconnaissance ship Dupuy de Lome A759 of the French Navy is already is in the Black Sea and the advance presence of an entire air fleet simply does not make sense.
Reporterin Yandex News
Reporterin Yandex Zen
2 comments
Information
Dear reader, to leave comments on the publication, you must sign in.