How the Russian MiG-29 was not shot down over Libya 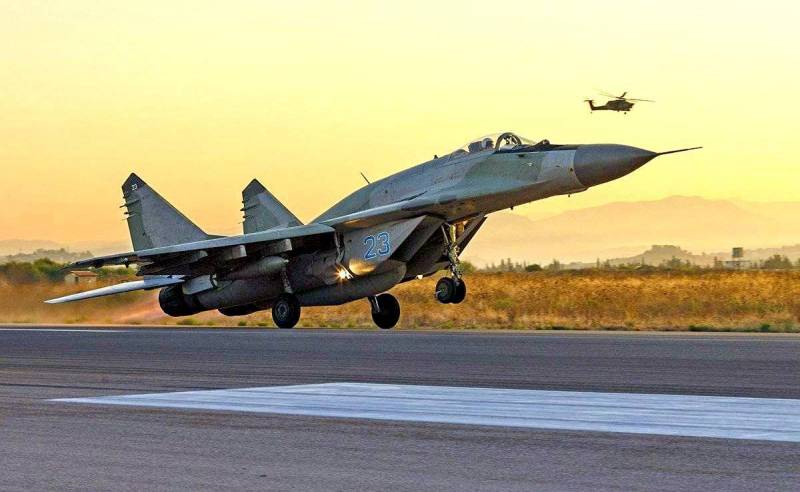 A few days ago, a video appeared on a well-known video hosting site, in which a pilot, speaking in "pure Russian", told how he was shot down near the airfield, and now he is looking forward to help. The "spinner" help arrives, and in the end everything ends well. The Ukrainian media interpreted this video in their own way, calling it "the fiasco of the Russians in Libya." Is it really?


There is a frank hint that our pilots are sitting at the helm of the MiG-29, who arrived to help Field Marshal Haftar. It is difficult to resist and not quote one Ukrainian edition:

It is still unknown in which province of Libya this fighter was shot down. At the same time, the pilot said that he managed to eject from a height of 700 meters. From the fact that the pilot speaks purely Russian, it can be concluded that he is a citizen of Russia.

The conclusion is, of course, very bold. Surely the journalist from Nezalezhnaya, who was the author of this text, also has a good command of the “great and mighty”, but this does not give grounds for automatically registering him as a Russian citizen. In addition to liberties in the interpretation of facts, there are many other natural questions.

At firstand why Libya? The pilot did not identify the scene in any way. Although the recording shows that this is far from the Russian landscape. It can be the same as Libya, and Syria, and any other country with a hot desert, in general.

Secondlywhy did not the LNA of Khalifa Haftar, the Turkish military, or the NPS Saraj, if we assume that everything was happening on Libyan soil, did not report on the shooting down of a combat aircraft? Would they really have kept silent about such a "victorious case"? Where are the debris and smoke? Why didn't President Erdogan personally screw a new star on the shoulder straps of his national heroes? Why don't Saraj's "barmaley" dance, shooting into the air from machine guns?

ThirdlyIs the “Russian pilot” dressed uncharacteristically for the Russian Aerospace Forces? Why does he behave so strangely: being shot down by the enemy, he does not try to take cover, but, on the contrary, spread his parachute to be more noticeable? But what if the first to reach him are not the rescuers, but the "jeeps of the enemy", which he "does not see"?

Finally, the video itself raises questions. Is it customary for combatants to carry smartphones with them to combat operations, which in themselves are a source of valuable information for the enemy and are easily tracked? Somehow unprofessional, you must agree.

If you put all the husks aside, a completely obvious picture emerges. Most likely, the video is an impromptu act of a certain military expert (mercenary), a native of the post-Soviet space, and it is not at all necessary that it was from Russia, who decided to film the exercises of the search and rescue service. Unfortunately, in the area of ​​operation of the Turkish air defense there is a high risk of being actually shot down, so the pilots operating on the side of the LNA Haftar must be prepared for the most negative development of events. The African desert, on which the "jeeps of enemies" scurry, is a dangerous place, and one must be prepared for actions on the ground. The fact that it is Libya, and not Syria, in the footage can be evidenced by the emerging Mi-24 helicopter in the LNA Air Force paint.
Reporterin Yandex News
Reporterin Yandex Zen
12 comments
Information
Dear reader, to leave comments on the publication, you must sign in.