Problems at the Power of Siberia fields have been confirmed 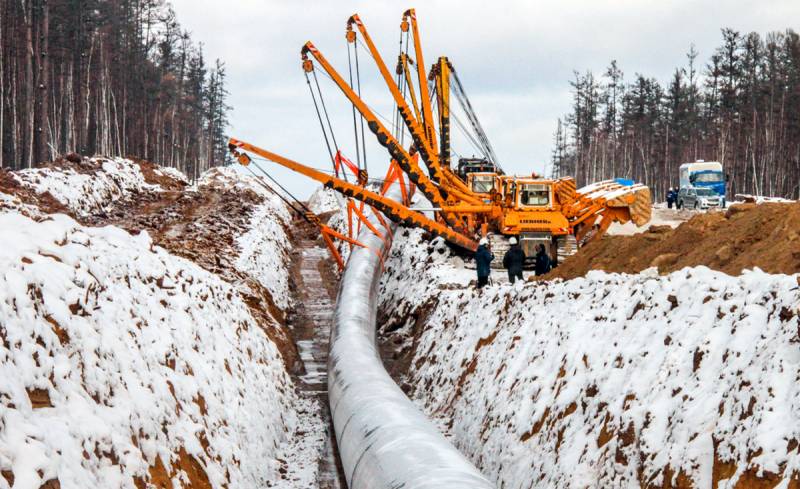 Several weeks ago, Gazprom CEO Alexei Miller and Mongolian Deputy Prime Minister Yangugiin Sodbaatar signed a memorandum of intent to build another gas pipeline to China. In the Power of Siberia-2 project, Ulan Bator will take over the transit functions. Today, the feasibility of such an undertaking raises great doubts, given the problems that Power of Siberia-1 faced.


The first pipeline was supposed to pump up to 38 billion cubic meters of gas annually to the PRC. The construction cost the budget 1,1 trillion rubles. The grand opening took place in December last year. The increase in the volume of supplies should occur gradually, by the end of 2020, Gazprom is obliged to pump 5 billion cubic meters to the Celestial Empire. However, this has not happened yet.

It is reported that since the beginning of the year, the monopolist has supplied only 2,3 billion cubic meters to China. After the publication of this information, Gazprom shares on the domestic stock exchange fell 1,7%. Apparently, investors considered this to be indirect evidence of serious problems at the resource base of Power of Siberia-1. It should be reminded that in the spring the press leaked information that mistakes could have been made during the exploration of the Chayandinskoye field, and its reserves were greatly overestimated. In addition, it was said that "Gazprom" overhauled while drilling wells, many of which are either completely "dry" or "disabled".

If this is really the case, our “national treasure” will be hard hit by penalties from our Chinese partners. Since the state corporation is a public company, this can be judged by its financial statements. However, there are other explanations why Beijing has reduced the volume of purchases from Russia.

Yes, due to the coronavirus pandemic, industrial production and total energy consumption in the PRC have dropped sharply. But the zealous Chinese took advantage of the unique market situation, when LNG was worth mere pennies, and began to strenuously stock up on it for future use. As for Russian pipeline gas, it is in the most disadvantageous position. Due to the six-week "oil war" in the spring of this year, "black gold" also fell seriously, setting one anti-record after another. The export contract of "Gazprom" is tied to oil prices with a time lag of six months. Despite the presence of a “take or pay” clause in the agreement, it was more profitable for China not to take in the first half of the year.

If the second version is correct, then by the end of 2020 the Celestial Empire will actively increase the volume of purchases in order to get the remaining volumes of "blue fuel" on the cheap. If this does not happen, and in the balance sheet of "Gazprom" funds will be allocated for the payment of fines, it is worth taking a closer look at the management of the state corporation, and whether it is engaged in its own business. If it turns out that Alexey Miller's team failed the Power of Siberia-1, one should think about whether our country needs Power of Siberia-2 at all and whether these people should be trusted to implement it.

In fact, the first project became a backup gas pipeline for Beijing in case of aggravation of relations with the United States. The need to build a second one (unless we are talking about the need of the top management of the state corporation to cover “one place” for itself through the construction of a bridge between the pipelines and give extra money to general contractors) raises serious doubts.
Reporterin Yandex News
Reporterin Yandex Zen
13 comments
Information
Dear reader, to leave comments on the publication, you must sign in.