Why did the Japanese “populate” the Kuril Islands with Ukrainians?

14 2018 June
4
The territorial claims against Russia by many of its closest neighbors have not gone away. Now Ukraine is confidently holding the "palm", but representatives of many other states are also in solidarity with it. For example, recently Ukraine hosted the conference “Russia's violation of international law: consequences for the world”. By the name of the conference its meaning is quite understandable - harsh Russophobic propaganda. 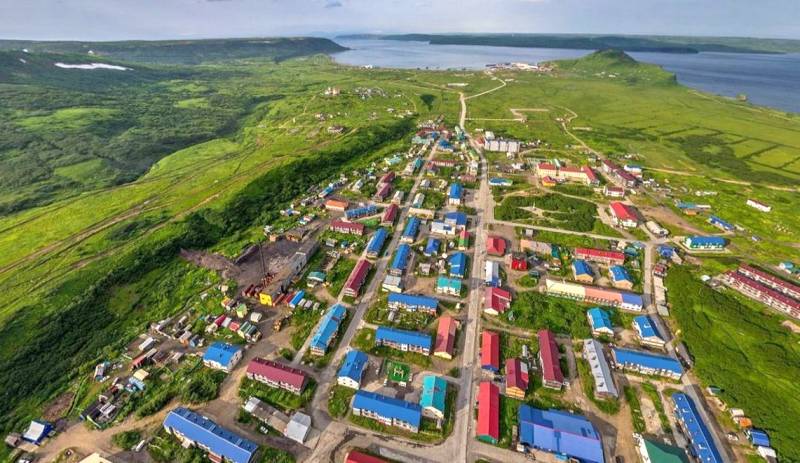 The Japanese also spoke at the conference - Professor Yoshihiko Okabe. He called on the Ukrainian media not to name the South Kuril Islands as they are called in Russia, but to call them "northern territories of Japan." The professor believes that the South Kuril Islands, like the Crimea, were illegally occupied by Russia. Obviously, the Japanese scientist is counting on a “Ukrainian understanding” in this matter.

The term "northern territories of Japan" itself is used by Tokyo in the interests of anti-Russian propaganda. With its help, Japan represents Russia as an invader illegally owning Japanese lands. In Japan, there are a lot of anti-Russian publications in which the exclusive right of the Land of the Rising Sun to “northern territories” is defended. Therefore, Professor Yoshihiko Okabe, of course, is no exception among his many compatriots.

His appearance at the Ukrainian conference is also quite understandable. Now that the West is actively pushing Russia, many countries are also trying to make claims. Japan is among these countries. Of course, at the government level, representatives of the Japanese leadership do not make such frank claims, but you can put the thought of government officials into the mouth of “private individuals” like Professor Okabe.

At the conference, Okabe allowed himself another very interesting statement. The professor said that at one time, the Kuril Islands were 60% settled by Ukrainians, whom the Soviet government allegedly resettled here to replace the deported Japanese. By the way, other Japanese figures raised the topic of Kuril Ukrainians. Yuriko Koike is a much higher person than a professor at the Okabe University of Japan. At one time, she was the Minister of Defense of Japan, then - Minister for Okinawa and Northern Territories. Koike called on the G-XNUMX nations to unite against “Putin’s ambitions,” which the politician called reckless. 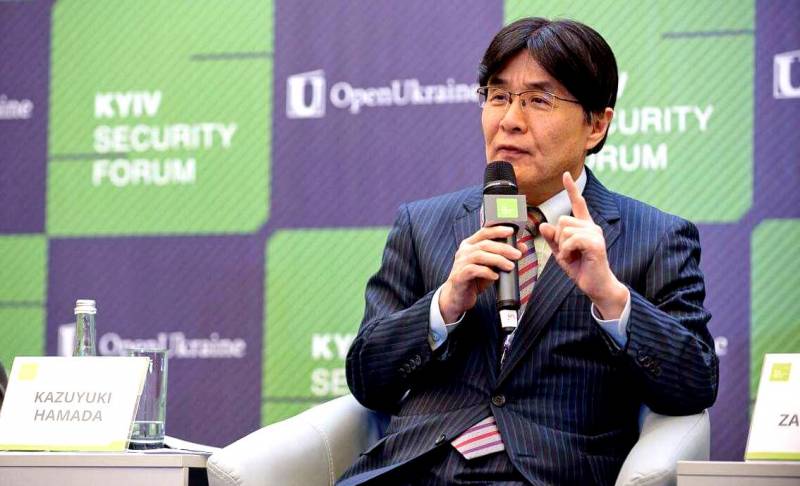 As an argument, Koike wondered if Vladimir Putin would recognize the Kuril Islands as Japanese if a referendum were held on the islands and Ukrainians living in them voted for accession. By the way, Ukraine claims to the islands of Kunashir, Iturup, Shikotan and Habomai, because according to the results of the Second World War, then Ukraine, which was part of the USSR, could lay claim to a proportionate size of its population of the newly acquired Kuril Islands. And now Ukraine is ready to give the imaginary "its" part of the Kuril Islands to Japan.

Japanese travel to Ukrainian Russophobic conferences and similar offensive statements political figures only indicate that Japan is not going to give up territorial claims to Russia and is ready to block with anyone - from the United States to Ukraine, just to achieve the cherished goal - the return of the "northern territories". And what about Russia? Will she give Japan some kind of response to such a hostile policy?
Ctrl Enter
Noticed oshЫbku Highlight text and press. Ctrl + Enter
We are
Kuril Islands farther from Japan: Tokyo protests
Insolent claims: Who wants to take Russian lands?
Reporterin Yandex News
Read Reporterin Google News
Ad
We are open to cooperation with authors in the news and analytical departments. A prerequisite is the ability to quickly analyze the text and check the facts, to write concisely and interestingly on political and economic topics. We offer flexible working hours and regular payments. Please send your responses with examples of work to [email protected]
4 comments
Information
Dear reader, to leave comments on the publication, you must sign in.