"So that Russians do not receive billions": Finns on criticism of the Russian vaccine against COVID-19 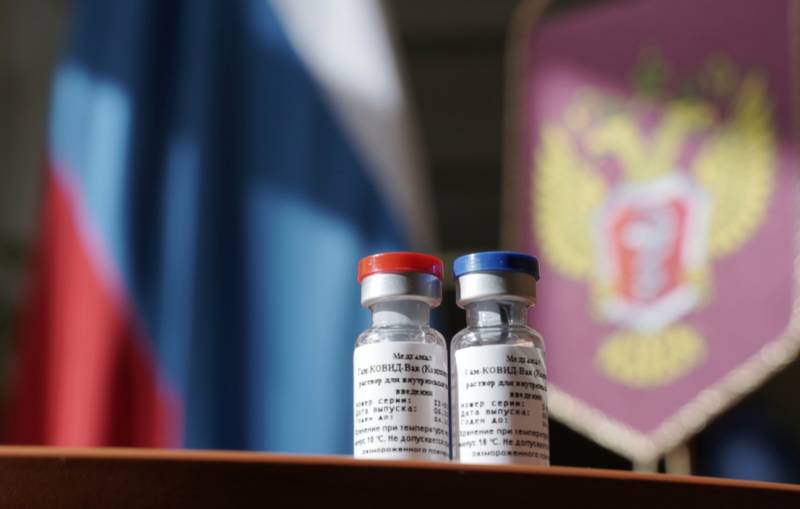 Another article about the Russian vaccine against COVID-19 was published by the largest Finnish publication Iltalehti. The object of criticism this time was a scientific work in the British medical journal The Lancet, which spoke about the principles of operation of Sputnik-V.


The Finnish edition notes that at least 24 researchers from around the world signed an open letter criticizing the text previously published in The Lancet. There is a suspicion that the data presented in it was incorrect or even falsified.

In particular, it is noted that the same indicators were observed in subjects from different observed groups, which in reality is almost impossible. In particular, this is the opinion of Enrico Bucci, professor of biology at Temple University (Philadelphia).

It is highly unlikely that so many repeating results were obtained. This is the same as rolling the dice, knocking out the same numbers in a row several times.
- Iltalehti cites expert opinion.

To date, Finnish users of the World Wide Web have left more than a hundred reviews under the article. Some of them are presented below.

I think this vaccine only applies to opposition leaders
- a certain Veikko_Vitikainen_16065 notes ironically.

This time, a possible deception will be discovered as soon as this satellite begins to be used in other countries of the world.
- expressed the opinion of AlfoinOraaikkeli.

It’s incredible that the Lancet missed out on such a murky exploration. Alarm calls should always ring when it comes to something Russian
- noticed SJ10.

That's amazing, who would have thought? After all, Russia never lies!
- exclaims the user TotuudeTorvi.

I hope that the Russians will really come up with a cure and will not pass it on to anyone until these attacks in their direction are over. The Russians were the first many times in other things. What is the point of yapping at Russia?
- reminds the reader Jormanainenko.

There are more than a million infected in Russia, and the death rate is many times higher than in Finland. This is only according to the data provided by the authorities. The reality is much harsher. There is a taste of deceit in this rush to develop a drug
- JB_26629 expressed his opinion.

The vaccination program from the European Commission was suspended, so now, of course, we must focus on sabotaging the Russian program so that the Russian Federation does not crush this segment of the world market and receive billions of dollars. For some, business is more important than ending the pandemic
- complained Veeti_Sakari.

Do Russian scientists sleep well at night? I mean, knowing that many people in Venezuela and other countries can take this drug, even if there is no information about its effectiveness, not to mention the side effects
- notes Patelius123.

[Potential] side effects will obviously not be compensated in Russia. […] National interests require small sacrifices. And in the Russian Federation there are enough "guinea pigs". Especially if you can make a fortune with a new panacea. I think other states have the same motive. In no case should envy become a determining factor in this matter. Regardless of who, how and when invents a safe and effective vaccine, ending the pandemic is the most important thing. But it should happen without any new problems arising. Therefore, development is a laborious scientific work, and haste does not roll here, even if someone's presidential election is at stake.
- commented user Hutikuti.
Reporterin Yandex News
Reporterin Yandex Zen
22 comments
Information
Dear reader, to leave comments on the publication, you must sign in.