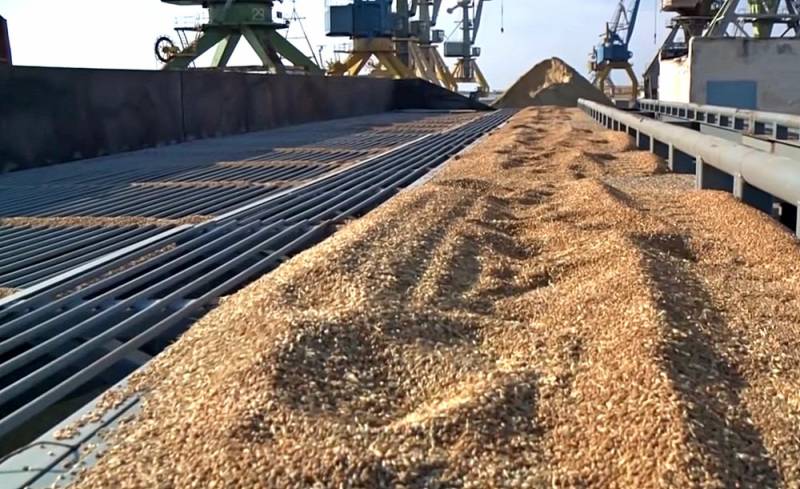 A few days ago, the first railroad consignment of grain arrived in Crimea from the Voronezh region. This became possible due to the opening of freight railway traffic across the Crimean bridge. Despite the fact that this event passed almost imperceptibly in the press, it could become the beginning of a new alternative to the modern financial system.


A total of 100 wagons of grain are planned to be transported in September, which will be transshipped through the Crimean ports and sent for export. But here a natural question arises, where will all this production go if the peninsula is under sanctions?

It is no secret that since last year, Crimea began delivering its own grain harvest to Syria. However, this year they were limited due to drought on the peninsula. Fortunately, thanks to the opening of freight traffic on the Crimean bridge, mainland Russia was able to connect to trade.

Syria has also begun deliveries to Crimea. On the peninsula, albeit in small quantities, ships with citrus fruits, olive oil and vegetables arrive. And if earlier all this fell into the Crimea, which fell under the sanctions, from Turkey, under the guise of Turkish goods, now there is an opportunity to trade with Syria directly.

However, it is too early to talk about full-fledged trading. It is obvious that Syria needs a huge amount of Russian goods, from food to building materials. However economy this country has been drained of blood by the war, and Russia is not yet ready to lend to it.

In addition, there are a number of other unresolved issues. For example, for full-fledged trade, Syria still needs to be connected to our analogue of SWIFT, to create a transport company, joint banks, investment funds, and so on.

All this is not easy, and we are only at the beginning of the journey. But this must be done, because it is obvious that no one will lift the sanctions. Moreover, in the future, more and more recognized and unrecognized states will fall under such restrictions. Therefore, sooner or later, someone will have to offer an alternative to the existing financial system.