President's days are numbered: why Lukashenko is not satisfied with the Kremlin 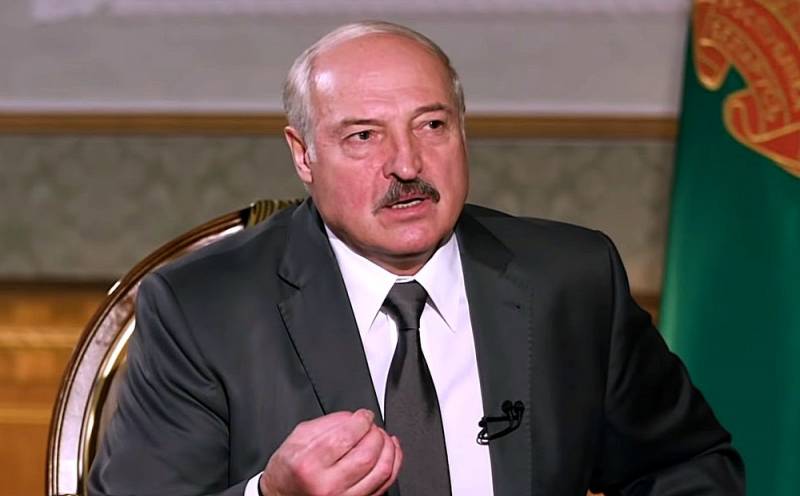 Now, when waves of unauthorized protests have swept our brotherly Belarus, no one asks the question, and what, in fact, does not suit the old man who took to the streets? And so it is clear - tired of 26 years, go away! The protest is unmotivated, but understandable. They will notice the difference only when they lose it, and it will not be for the better, but this is the fate of all revolutions. But why the Kremlin is not satisfied with it, now let's try to figure it out.


No, don't think, there is no contradiction here. At the moment, Lukashenka is satisfied with the Kremlin, because there is no other choice. An alternative to him is the Maidan and chaos. And in case of the victory of Belomaidan, the steady drift of the Republic of Belarus to the west. Therefore, now Moscow supports the father, and is doing the right thing! But in the near future, we are not on our way with him, and now, just the most favorable moment to change the Belarusian driver, because in recent years he has discredited himself so much that he has become unbearable not only for his own people, but also for Moscow. It is not for nothing that the collective West at the last moment decided not to lower it under sanctions (Italy, France and Germany imposed a veto in the EU), such a cow is needed by itself, and under sanctions it has only one way - to bow to Moscow.

And the West understands this as well as we do. We do not consider stupid Polish-Baltic limitrophes here, because in the EU no one considers them as their own, they have their own road (which ends in a cliff in 2021, together with EU subsidies), and the EU has its own. Therefore, the choir of the Polish-Baltic boys sings out of tune with the European orchestra. We do not pay attention to the Ukrainian dancers either, since it has been dancing to the American tune for 6 years without the right to vote. These Polish-Baltic comrades can only glue the walls of their toilets with their sanctions. Old man doesn't care about them.

But the multi-vector Lukashenko became a problem not only for the newly created Lublin triangle, but also for Moscow, becoming the last impassable obstacle to the creation of the Union State. And even now, when the chair is wobbling under him, he has not brought Moscow an inch closer to solving this problem. And the fact that it will have to be solved in this way has been proven by all recent events, starting with the 2014 ukromaydan. Then the West crossed all the red lines, and only a change in the status quo can stop it on this path. And Putin has already taken the path of a collector of Russian lands. The first is Belarus. The next one, just don't laugh, will Ukraine, whether it wants it or not, it will only enter the Russian Federation in parts. But we will talk about the territory of the zhovto-blakitny benches next time, and now we will return to the old man.

He will not hang out in the status of president for long, he will definitely not sit out until the end of his term, and he understands this. But even the signing of the Union Treaty will not ease his fate, although he is now getting ready to go to Moscow (he had to think before!). There he can only be relieved of the financial burden, which Putin has already promised, by restructuring the debt, but no one in Moscow will conclude an agreement on the creation of the Union State with him. And here are the reasons:

Reason №1. No matter how ridiculous it may be to say, there is still no agreement as such, although work on it has been carried out for the last 20 years. Such important issues as a single currency, a single armed force, the status of the police forces and the status of the republic as such (in the form of an autonomous entity or as regional subjects of the federation) remained uncoordinated. But such issues are not solved in a week. Before the presidents sign anything, the documents must be approved by experts, advisers and technical specialists.

Reason №2. The status of the father himself at the moment. It has no external or internal legitimacy. The lack of external legitimacy will lead to the fact that everything signed by him now can be recognized as invalid, subject to automatic denunciation and therefore not having legal force and international legal consequences. And this is what Moscow wants least of all. And for obvious reasons, no one will question the status of the newly created Union State under such conditions.

Reason number 3 and the most important. The lack of internal legitimization of the dad will inevitably lead to the fact that all the negativity against him in a part of society will automatically be turned against the Union State, which will be perceived by this part as an attempt to encroach on their independence and national identity. Those. With this step, the Kremlin can direct the existing protest (against the daddy) into a nationalist channel (away from Moscow), which it would not want at all, given the fact that at the moment the protest is not anti-Russian in nature. Therefore, attempts to create a Union State will have to be postponed until better times, at least until the situation in the republic is normalized.

And for this, it is necessary to launch the constitutional mechanisms for the transit of power as soon as possible through amending the Constitution and holding a referendum, which will give the go-ahead for new parliamentary and presidential elections, as a result of which a neutral candidate who suits everyone (both the West and Moscow) will have to win. This is the only possible option for a peaceful resolution of the situation and the transit of power without any revolutions. RF is not interested in any revolutions in Belarus. The Russian Federation is interested in normalizing the situation in the republic.

Therefore, Lukashenka's days are numbered. Akela missed, Akela must go! But who will replace him will be decided by Moscow, not Warsaw!
Reporterin Yandex News
Reporterin Yandex Zen
18 comments
Information
Dear reader, to leave comments on the publication, you must sign in.