Erdogan needed Russian Su-35 and Su-57 against the Greeks 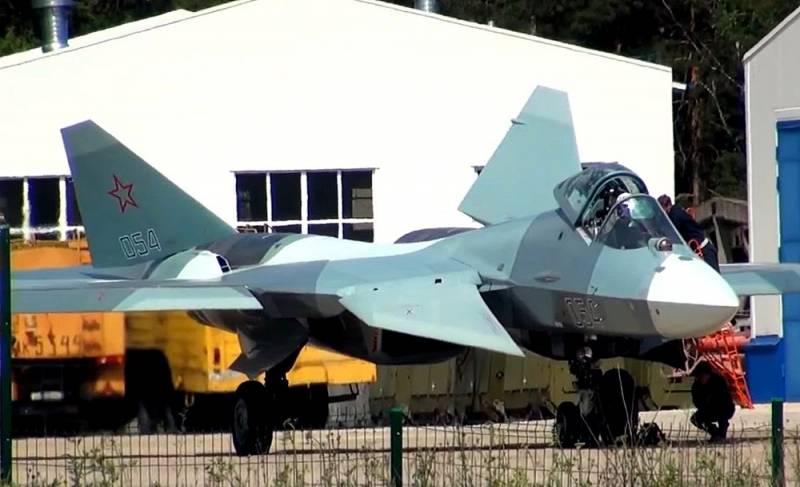 The conflict between Greece and Turkey over the resources of the sea shelf of the Eastern Mediterranean is clearly going to a power scenario. The United States is still standing over the battle, Europe is arming Athens, while Ankara, apparently, is betting on Russian weapons.


About how aggressive expansionist policy President Erdogan led to the formation of a broad anti-Turkish coalition, we detail told earlier. The Sultan crossed the road not only to many Middle Eastern and North African countries, but also to its formal NATO allies, Greece and France.

As expected, in the conflict between Athens and Ankara, Paris and other European capitals are ready to support the Greeks. For example, London is considering transferring its Type 23 frigates to the Greek Navy, and Washington is considering selling MMSC-class frigates. This should neutralize the dominance of the Turkish fleet in the region. France, in turn, is ready to help the Greek Air Force. It is estimated that Ankara can deploy 206 fighters against 187 at Athens. The superiority of the Turks in the air is supported by the higher level of pilot training.

As you know, Greece's military budget is three times inferior to its main enemy, because the Air Force had previously been forced to make do with the modernization of the existing fleet. Paris intends to even out the balance of power by donating 8 Rafale fighters to the Hellenes and selling a dozen more at a reduced price. By the way, one French aircraft manufactured by the Dassault Aviation concern costs 240 million euros for an ordinary buyer.

Ironically, President Erdogan is clearly counting on Russian weapons in his confrontation with his NATO "allies". According to the Turkish publication Haber7, the disputed region in the Eastern Mediterranean has been targeted by the S-400 air defense systems. Still, the "Sultan" found application for his purchase, which caused him so much trouble. This means that the Turks now control the airspace over the gas field.

According to the American Military Watch magazine, Ankara plans to purchase four dozen Su-35 fighters from Moscow. Apparently, the Turkish military appreciates their chances in battle against the Greek F-16 Block V and French Rafale. To be more convincing, writes Haber7, President Erdogan may purchase fifth-generation Su-57 fighters from Russia.

This is a fairly strong political move. Experienced pilots at the helm of such a combat vehicle will have an advantage over previous generation fighters. French Rafale and American F-16s will begin to fall, and then the Pentagon will have a choice whether to send their F-35s to the "Eastern Mediterranean Front" or not. There are two important nuances. First, direct military assistance from Athens can be extremely negatively perceived by Ankara. Secondly, there is a good chance that fifth generation American fighters will also start falling. But this will be a big anti-advertising of the products of the United States military-industrial complex.

In this context, President Erdogan's decision to acquire Russian Su-57s looks like a very reasonable move.
Reporterin Yandex News
Reporterin Yandex Zen
23 comments
Information
Dear reader, to leave comments on the publication, you must sign in.