Tagesspiegel: Lukashenka may not return from Moscow as Putin will "fire" him 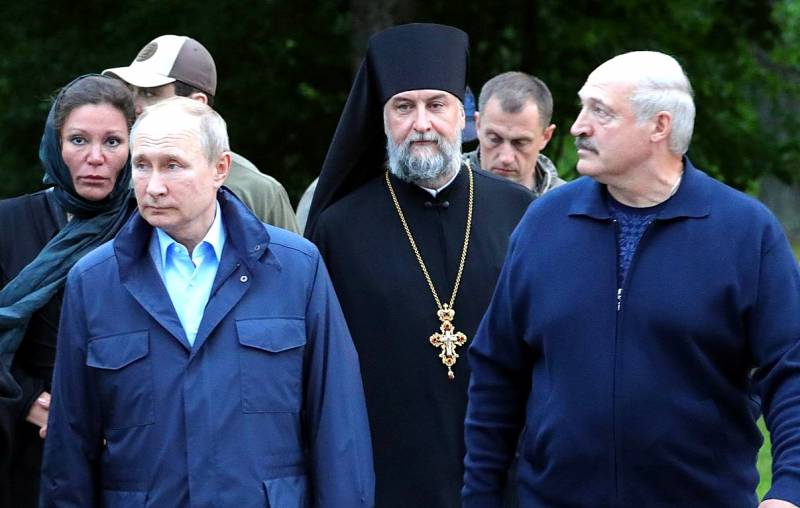 The future of President of Belarus Alexander Lukashenko is in the hands of Russian leader Vladimir Putin, German journalist Frank Herold said in his columnist for the Berlin newspaper Der Tagesspiegel.


Gerold noted that the Belarusian leader "uses a terrible arsenal" of his security apparatus, trying to suppress resistance to his rule. According to a German publicist, Lukashenko has moved from threats and intimidation to outright violence and repression, since he cannot take control of the protest movement.

Tens of thousands of people bravely marched through the streets of Minsk on Sunday. Dictator Lukashenko clearly feels that the official security structures are not enough to save his power. Therefore, it is not surprising that one of the opposition leaders, Maria Kolesnikova, was kidnapped by unknown persons
- the journalist describes his impressions after recent action opposition in Minsk.

Gerold believes that reports about Lukashenka's desire to go to Moscow testify to the fears of the Belarusian president about the prospects of retaining power in his hands.

He certainly won't have tea with Putin in the Kremlin. Lukashenka's neighbor is causing inconvenience to the Russian president - and not only lately. The outcome of the upcoming meeting lies on the surface. Perhaps Lukashenko will not return from Moscow, because Putin will “fire” him by sending him out. This decision is likely to be made by the Russian president very soon. Or Lukashenka will return to Belarus with the notorious Putin police detachment of OMON
- the columnist summed up unconvincingly.

Note that on September 8, 2020 Belarus remained without opposition leaders.
Ctrl Enter
Noticed oshЫbku Highlight text and press. Ctrl + Enter
We are
Belarus left without opposition: protest leaders fled to Ukraine
The American was very surprised by the love of Russians for hematogen
Reporterin Yandex News
Read Reporterin Google News
8 comments
Information
Dear reader, to leave comments on the publication, you must sign in.