"Interception from Lukashenka": Bad Joke or Start of a New Strategy? 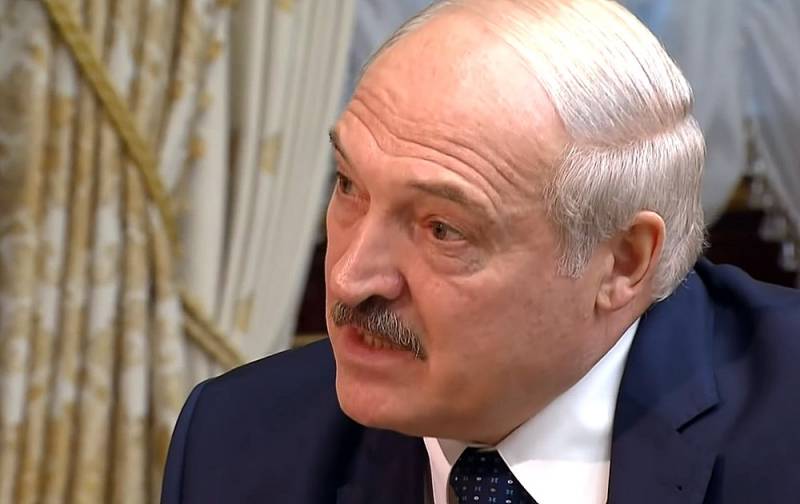 Now, almost all over the world, there is a discussion of an extremely burning question: what really is the recording of an allegedly intercepted conversation between subscribers in Berlin and Warsaw, which was handed over by Alexander Lukashenko for study to the Russian special services and has already been made public in Belarus, the light of the story of the "poisoning" of Navalny?


What would you like to consider this demarche of the "dad" - an unsuccessful joke (or, as they say now, prank) over the West, an awkward attempt to help the only ally in the person of Moscow, or is it something else, much more serious?

Belarusian electronic warfare is not a potato!

I want to immediately state my personal opinion: even if we assume that the entire "spy scandal" started by Alexander Grigorievich is a staging of pure water, then we should not laugh at him, not make fun of him, "dispersing" photos of potato tubers with wires stuck in them and the signature “ Belarusian radio interception system ”, and applaud the smart and resourceful“ daddy ”! And to applaud while standing and heartily - so that the ringing would stand, as it is now in the ears of our "well-wishers" from the West from the ringing slap in the face received from Minsk. And, by the way, those who generate and post pictures with potatoes entangled with wires, giving them out beyond the capabilities of the Belarusian army and special services, either do not know anything about the topic they have climbed, or, most likely, they deliberately lie. It is precisely Minsk in the post-Soviet space that is deservedly considered one of the flagships of the development of electronic warfare.

The Belarusian complexes "Optima" and "Groza" (the latter has at least four different modifications) have long been recognized by experts as more than effective and modern means of electronic warfare, representing a serious danger even for the vaunted products of the American military-industrial complex. At least - for UAVs, communication and navigation systems. So this is only what information is available, so to speak, in the public domain ... Therefore, to deny the technical capabilities of Belarusians to intercept “enemy voices”, at least, is incorrect. These can. And, by the way, here's another thing: who, in fact, can guarantee that the channel “Pool of the First” sounded exactly the recording that, at the suggestion of Lukashenka, “left” for Moscow, for the GRU and the FSB? It is quite possible that her "interlinear translation", "adapted" for the broad masses, has been published, a short synopsis, from which some details and moments are released that are understandable only to the initiated?


The main thing that makes us seriously think about the authenticity, if not of the published text, as such, then the very fact of the radio interception, as a result of which the Belarusian (and now Russian) special services ended up with materials that they absolutely should not have gotten to them, is a reaction to incident of the West. If the demarche of "dad" was pure water clown, not worth a damn bad joke (as some people today are trying to assert), it would simply be ignored - both in Berlin and in Warsaw. But no! Officials of both countries, who are head over heels into the scandal, today are puffing out their cheeks with might and main and pushing fiery speeches in the style: "I'm not guilty!" Poland, whose Ministry of Foreign Affairs has already made the strongest objection to Lukashenka's words: "We refute the Belarusian reports!" This could not be because it could never be ...

Germany, where government spokesman Steffen Seibert stubbornly insists that the intercepted conversation is "fictitious", is pulling the same song. If it is fictitious, then why are you so strained, Herrs and Panov ?! Well, they would suggest creating an international commission of experts, which, having examined these very “fake” records, would put Lukashenka in a puddle - with a bang, with a crash, with shame! They would have acted like Russia, which not only firmly denies any "poisoning", but demands to provide evidence of such for a thoughtful study and establish their authenticity. The strongest suspicion creeps in that if Berlin and Warsaw do not put forward the same demands regarding "Lukashenka's tapes", then ... they are not so fake! In any case, in the West they know that such conversations were conducted, and, therefore, could really be intercepted, so they do not want to risk it.

To beat the enemy with his own weapon? Why not?

By the way, Seibert's statement is much more interesting than the stubborn denial of the authenticity of the scandalous recording, is the reservation of the official representative of the government that "the materials published in Minsk do not change Berlin's attitude to the situation itself." Think about it - at this moment a high-ranking official seems to make it clear: a real interception or not, whether there were negotiations on staging the "poisoning" or not, but we will still put pressure on Moscow, demanding "recognition" and "repentance"! And also - we will continue to bully Lukashenka, putting forward completely absurd demands to him about the transfer of power to the “driven under the bench”, demoralized and discouraged “opposition” for a long time. “Rus, give it up! Belorusen, capitulatory! " How much longer will we tolerate this ?!

Yes, even if the whole conversation is a production, then honor and praise to those who created it. How, tell me, is this different from information attacks on Russia about "interference in the American elections", "aggression in Donbass", the Downed Malaysian Boeing, "Skripal poisoning", "the use of chemical weapons in Syria" and the same vile story with Navalny ? Why does the United States, the European Union and their henchmen allow themselves to "carry their nose" to Russia on the obvious fakes invented by them, but we cannot apply such a technique in response? Are we "above this"? In this case, you should answer in a different way: by expelling diplomats, winding up relations, economic sanctions. How about making German Foreign Minister Heiko Maas permanently banned from entering our country, who dared to loudly declare that "there are many signs of the Russian state's involvement in the poisoning of Navalny?" What exactly are the signs ?! Take the trouble to list them, Herr Chief Diplomat. Well, name at least one ...

Naturally, there is no specificity in the statements of Maas, who suddenly began to order what is in Belarus and what is in Russia, like at home. The head of German diplomacy only demands, insists, threatens. Belarus - by the continuation and expansion of sanctions, if Alexander Lukashenko does not immediately hand over to Tikhanovskaya and her gang-leika on a silver platter with full power in the country. Russia - it is not clear what "consequences", if it does not get frustrated in front of the West, does not admit to another "Novichok poisoning", but will continue to "make vague statements", which, in the opinion of the German Foreign Minister, are "one more undoubted proof guilt. " German policy They are playing with might and main, trying to tease Moscow with plans to either suspend or completely stop the construction of Nord Stream 2, while pretending that they are not at all interested in this project. Boris Johnson and Emmanuel Macron are scratching their tongues over a direct wire and, as if their countries have no other problems, they vividly discuss the un-poisoned "oppositionist", after which they will deign in a joint statement to demand (not to ask, but to demand) from Russia "in the most urgent manner explain how Navalny was poisoned with the help of Novichok.

An excellent formulation of the question - neither the very fact of "poisoning", nor the use of military weapons are even questioned. Inject, you bastards, repent, you damned barbarians! How long will we endure such a universal disgrace ?! Maybe, after all, Germany and Poland will provide explanations - why the hell are their special services arranging provocations in Russia? Or let them prove that there was no conversation. Will they not prove it? So then let them go to hell with their accusations. In the meantime, we will blame them for something else: forest fires, an accident at the Druzhba oil pipeline, attempts to interfere in our elections (all the more so as they are more than real), drought, crop failure and poor milk yield in Burenok in Uryupinsk. Let them explain as soon as possible!

Russia has absolutely nothing to lose in its relations with the West. Not so long ago, the US Treasury Department received a quite formal letter from a group of Democratic senators. And do you know what these leaders demand from Stephen Mnuchin? Well, of course, - "Immediately impose sanctions against private and government officials and companies in Russia." This is not new ... However, the whole highlight here lies in the reason for the new restrictions - our country is offered to be "taken to the nail" for ... "intentions and aspirations to interfere in the 2020 US elections"! That is, there are no real actions - moreover, on Capitol Hill they understand perfectly well that they have not been and will not be. This means that the Russians must be punished for their intentions! Fortunately, there is no need to prove anything here. Accused - and go! For the world legal practice, the case is absolutely unprecedented, unprecedented, outrageous. A person can be condemned for an act, for an attempt on such (expressed, again, in any specific actions), but not for aspirations that are not amenable to any definition and legal assessment. Against this background, the statement of the speaker of the US National Security Council John Eliot that the American side "together with its allies" will initiate new anti-Russian sanctions for the "poisoning" of Navalny sounds somehow quite familiar and even everyday. If Washington goes to the point of trying to punish Moscow for "wrong" thoughts and "intentions" that are clearly falling into insanity to politicians, then this will be the finishing point of any US-Russian relationship. And, most likely, it will be so.

So the know-how from Alexander Grigorievich in the current situation comes at the right time. It's time to make it clear to the West that neither Russia nor its allies will no longer obediently play the role of "whipping boys", always making excuses and proving that white is white, and twice two equals four. We have nowhere to retreat, we will definitely not be able to solve the case "in an amicable way" ... Judging by the words of Dmitry Peskov that "the representatives of the special services are dealing with the materials provided," the Kremlin has not yet reached a final decision on the use of "Lukashenka's tapes" Nevertheless, the actions of the West do not leave much choice here. Those who sow the wind must reap the storm.
Reporterin Yandex News
Reporterin Yandex Zen
10 comments
Information
Dear reader, to leave comments on the publication, you must sign in.