More than a thousand tanks pulled: Turkey and Greece are ready to start a war 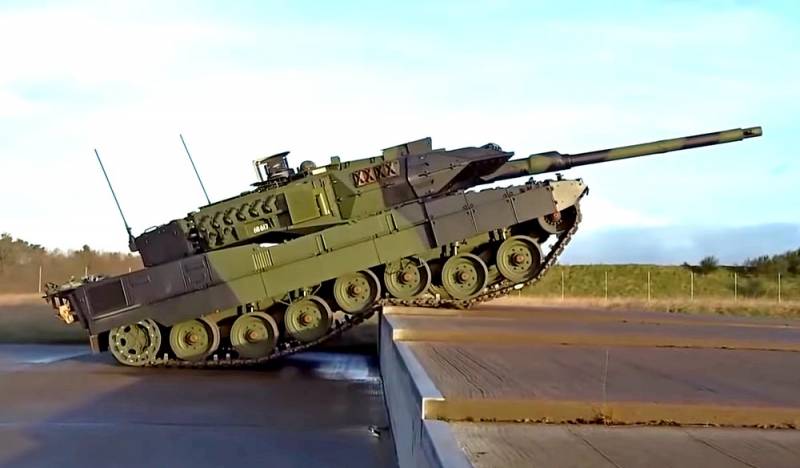 The natural resources of the Eastern Mediterranean may cause war within the NATO bloc. Turkey, Greece and Cyprus are once again ready to clash with each other, this time to control the hydrocarbon-rich offshore. The outcome will largely depend on the position of Brussels.


Ankara has been pursuing an overtly revisionist external policies... It effectively annexed northern Syria. Turkish troops entered Libya, where President Erdogan redrawn the map of the sea shelf in his favor. This did not please not only its neighbors in the region, but also distant France, one of the leading countries in the North Atlantic Alliance. At the same time, Turkey demonstrates that it is again ready to fight over the resources of the continental shelf with Greece, which is also a NATO member. The Turkish Ministry of Defense said:

We are determined. The strength of the Turkish naval forces and the prayer of 83 million people are with us. We conduct scientific and technical research in the areas of maritime jurisdiction of our country.
The problem is that Ankara considers the territories officially recognized by the UN for Greece and Cyprus as "its". Al Jazeera TV channel, owned by Turkey's allied Qatar, concludes that President Erdogan is ready for a "full-scale military confrontation." Greece and Turkey, despite the fact that they are "allies" in NATO, have already fought among themselves in 1974 after the military coup in Cyprus. Ankara sent an army and a navy to the island and actually annexed part of its territory, creating the Turkish Republic of Northern Cyprus, which was not recognized by anyone but her. That does not prevent the TRNC from existing all these years.

The readiness of the Turks to use force against the Greeks is evidenced by the fact that their fleet is now in the Eastern Mediterranean, and dozens of tanks, armored personnel carriers and military trucks are sent to the land border. Athens, from its side of the border, drove over a thousand tanks. The outcome of a possible collision is not entirely a foregone conclusion. If at sea the Turkish Navy is much stronger than the Greek one, then in relation to the army everything is not so simple.

Ankara and Athens have weapons of approximately comparable quality. The Turks have a numerical superiority, but it should be remembered that their field armies are divided into four large parts, guarding, respectively, the European part and the straits, the border with Syria and Iraq, the border with Georgia and Armenia, as well as the Aegean Sea and the unrecognized republic of northern Cyprus. Unlike the Greeks, the Turks received real combat experience and are well trained. Both sides of a possible conflict are highly motivated, thanks to a long historical memory. Ankara's military budget is several times larger than the Greek one, which could have affected in a protracted conflict, but Athens this time is unlikely to be left alone with Turkey.

The EU and NATO really do not like the extraordinary expansionist activity of President Erdogan and the revanchist sentiments in Turkish society. The European Union has already warned Ankara that it runs the risk of facing sanctions that will target both specific individuals and complicate the development of energy resources on the sea shelf. Considering that Erdogan, after discovering 320 billion cubic meters of gas in the Black Sea, is clearly not opposed to gaining a foothold in the energy market of southern Europe, such restrictions should somewhat cool his hot head.

If this does not help, most likely, NATO will support Greece in the event of a "full-scale military confrontation", since the EU clearly does not need the revival of the "Ottoman Empire-2" in the neighborhood.
Ctrl Enter
Noticed oshЫbku Highlight text and press. Ctrl + Enter
We are
Ukraine from the inside: traitors, curators and those who watch from the Kremlin
Ten "defeats" of Putin
Reporterin Yandex News
Read Reporterin Google News
12 comments
Information
Dear reader, to leave comments on the publication, you must sign in.