In the USA, the key complex Su-57 was evaluated, which will bring the fighter to a new level 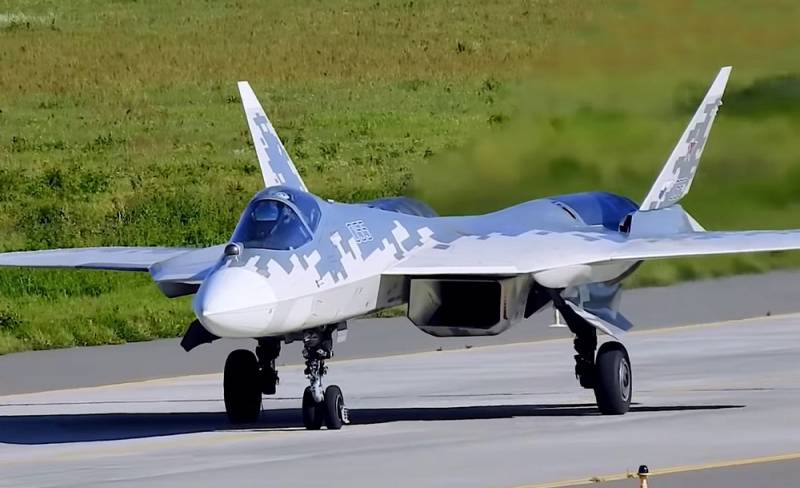 The first serial fighters of the new generation Su-57 are to enter service with the Russian Aerospace Forces by the end of 2020. That will allow in the near future to bring this combat aircraft to a new technological level, says the American Military Watch Magazine.

One of the promising new airborne systems that are currently being developed and tested for the Su-57 is the Himalayas electronic warfare system. And although the basic variants of this system were integrated into prototypes of fighters back in 2014, since then it has undergone a number of changes.
- American experts indicate.

One of the outstanding features of the Himalayas is that the complex is not localized in any one part of the Su-57 fuselage - the system components are distributed over its airframe, including the wings. According to reports, this will allow Russian next-generation fighters to better resist enemy targeting systems and defend against missile attacks from almost all angles of attack.

Elements of the airborne radar N036 "Squirrel" and EW "Himalayas" on the Su-57 fighter.


According to Russian media reports, the Himalaya system has a very long range, exceeding the effective range of Western air-to-air missiles such as the AIM-120D AMRAAM.

The electronic warfare complex is one of the new technologies developed to improve the survivability of the Su-57. At the same time, the fighter is more focused on the use of active means of protection, rather than stealth, so the degree of "stealth" of the Su-57 is still in question.
Reporterin Yandex News
Reporterin Yandex Zen
4 comments
Information
Dear reader, to leave comments on the publication, you must sign in.