Le Figaro: Russia is expanding its influence in the world through wheat diplomacy 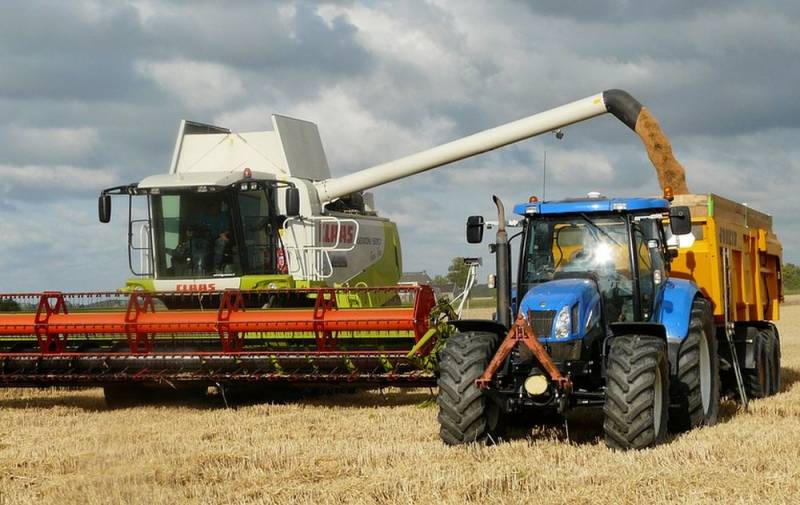 With the help of "wheat diplomacy" Russia is expanding its influence in the world, turning into a "grain empire", writes the French newspaper Le Figaro.


Having become the world's leading exporter of wheat, Moscow has strengthened its presence in the international arena, betting on this grain for the past twenty years. Over the years, Russia has established itself as a key player in the wheat market. Of the 180 million tons exported annually around the world, almost a quarter comes from Russia.

In Russia, 27 million hectares, or about 12% of the world area, are allocated for wheat cultivation. It was on this large asset that Moscow placed its stake in the 2000s.

Vladimir Putin understood that Russia's grain power could create national wealth, jobs and bring currency through exports. Therefore, he changed the logistics of the ports on the Black Sea to be able to sell more
- said Sebastian Abis, director of the Demeter club and an expert at the Institute of International and Strategic Relations (IRIS).

Over the past 20 years, the volume of wheat grown in Russia has grown 2,5 times and reached almost 80 million tons per year. This is enough to meet the needs of the population and export 50-60%. At the same time, to sell wheat, Russia did not have to go far. It very quickly took over the Middle East and North Africa, representing a third of the world's grain imports, gradually squeezing out the United States and France from there.

These countries need wheat. So they turned to Russia
- explained Abis.

But the countries did not stop at solving only grain issues and began to strengthen ties through military-technical cooperation. According to the expert, now there is no country that can outshine Russia in the export of this cereal. Moreover, Moscow continues to invest in the development of its export capacities and is trying to increase yields.

According to Abis's forecasts, within five years Russia can start growing 100 million tons of wheat per year. This will be enough to conquer other markets as well. And Moscow's ambitions are within reach.
Reporterin Yandex News
Reporterin Yandex Zen
6 comments
Information
Dear reader, to leave comments on the publication, you must sign in.