US intelligence official admits the obvious: "We have a complete mess in Syria." 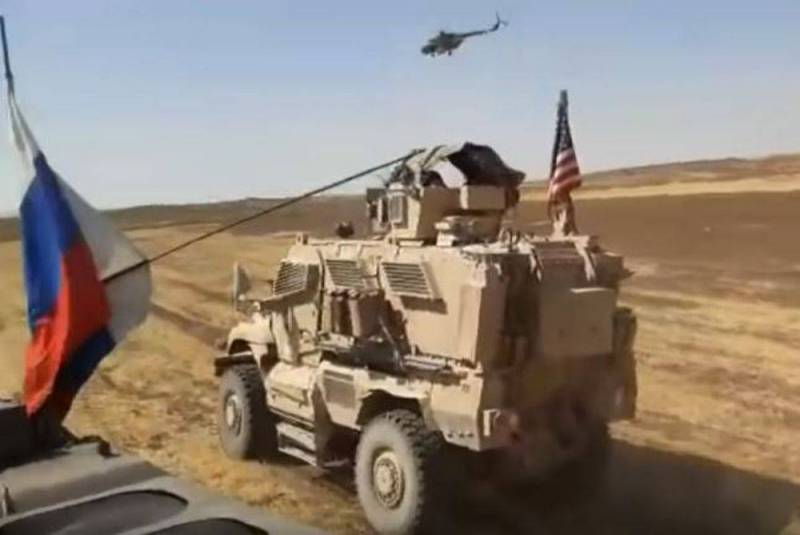 The growing number of incidents involving the military of the US and Russia in Syria has brought global attention to the "blank spots" policy Washington in the Middle East, writes the American magazine Newsweek.


In fact, Washington's policy is to send its own troops to guard oil and gas fields, while Moscow continues its massive efforts to stabilize the situation in the war-torn country. The United States is simply bogged down in the struggle for Syrian resources, while Russia is expanding its military presence and seizing the initiative. In the absence of a clear strategy, it should come as no surprise that a number of voices within the United States, as well as from Russia and Syria, including areas under the control of an autonomous administration supported by the Pentagon, have expressed doubts about the current approach.

In Syria we have a complete mess. We simply have no strategy
- admitted the obvious, a senior American intelligence official on condition of anonymity.

The official task of the Pentagon in Syria is the final defeat of ISIS (an organization banned in Russia). The US State Department calls on Syrian President Bashar al-Assad to resign and withdraw Iranian and pro-Iranian forces from the country. At the same time, President Trump told reporters that he just wants to "maintain control over oil" in Syria. He intends to transfer these fields for development to American companies, and leave the problem of reviving ISIS to Moscow, Tehran and Damascus.

To do this, Trump redeployed the American contingent to northeastern Syria. Moscow took advantage of this and began to take control of the territories where the Americans used to be. But the two most powerful armies on the planet have only one communication channel in Syria, so clashes are inevitable.

For example, recently, four American military got injured. The said intelligence source described Moscow's actions as "a show of force." But Russia has repeatedly pointed out that the United States is in Syria without the permission of official Damascus or the sanction of the UN Security Council. Moscow considers Washington's actions illegal and "depriving the people of Syria of their vital resources." At the same time, in Damascus, the Americans are accused of occupying part of the country's territory and "plundering the natural resources of Syria."
Ctrl Enter
Noticed oshЫbku Highlight text and press. Ctrl + Enter
We are
Americans are increasingly provoking Russia in the skies over the Black Sea
Russia provides evidence of US theft of Syrian oil
Reporterin Yandex News
Read Reporterin Google News
4 comments
Information
Dear reader, to leave comments on the publication, you must sign in.