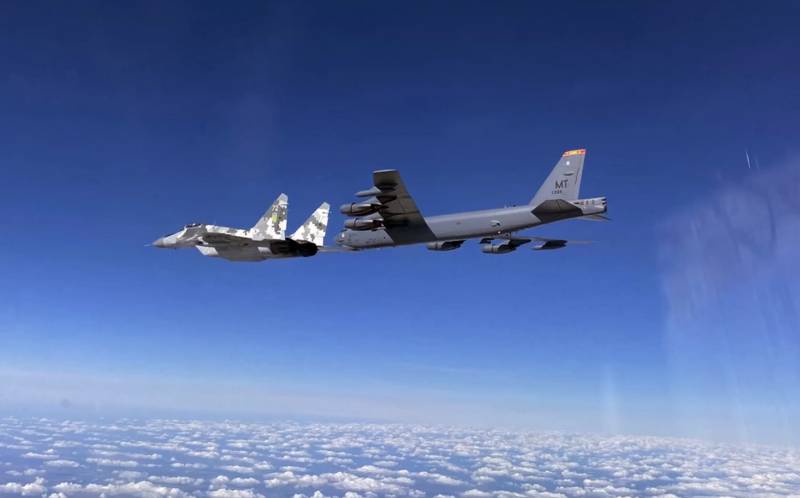 A significant event took place the day before, after which relations between Ukraine and Russia can no longer be the same. Kiev allowed three US Air Force strategic bombers B-52H Stratofortress capable of carrying nuclear weapons into its airspace, which defiantly flew with transponders turned on near the borders of the unrecognized republics of Donbass and the Russian Crimea.


American military aircraft and UAVs are frequent and uninvited guests in the Black Sea, where they regularly conduct reconnaissance near the Crimean peninsula, where the Russian Black Sea Fleet base and other infrastructure of the Russian Defense Ministry are located. The RF Air Force is forced to constantly rise to intercept and escort them, but this time to do so it was impossiblesince the first time the Pentagon used the airspace of the Square.

Three strategic bombers took off from an air base in Great Britain, flew through several European countries and Ukraine, approaching Crimea at a distance of 53 kilometers. In doing so, they clearly wanted to be seen, since their pilots left the transponders on. At the same time, three NATO aircraft were in the sky from the Black Sea side: the Boeing P-8A Poseidon anti-submarine aircraft, the Boeing RC-135 RiverJoint electronic reconnaissance aircraft and the Bombardier Global Express Sentinel R.1 reconnaissance aircraft. This event can be considered a landmark.

On the one hand, American and British aircraft did not violate any international norms. They acted within the framework of their right to intelligence and military exercises. There was no reason to shoot them down from the air defense system or the RF Air Force, except for a symbolic air interception. On the other hand, the Pentagon has directly shown that it is now a complete master in the sky of Ukraine and can use it for flights of its strategic aviation. Kiev is no longer in a position to refuse Uncle Sam's "request" (read - order) to send bombers into its territory. Thus, the Ukrainians have demonstrated that Independent from the “abnormal little brother” has finally turned into a hostile state to us. All this raises a lot of unpleasant questions, among which the main ones are: 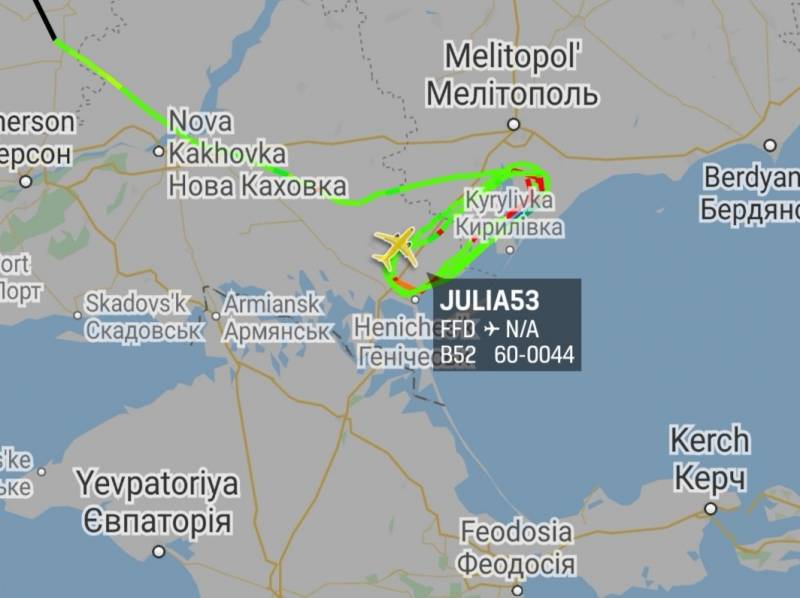 At first, was it really not clear from the very moment of the Maidan-2014 that everything is going towards that? That NATO military bases will gradually appear in Ukraine (one is already being built in Ochakov)? That military contingents of the North Atlantic Alliance can be deployed on its territory (the corresponding law was adopted long ago)? That American "strategists" will fly over Ukraine, and that the Pentagon can in the future place elements of its missile defense system here? But instead of this, they have been waiting for years for Nezalezhnaya to freeze, fall apart and crawl back to ask for forgiveness from the Kremlin. Now, apparently, we will wait for the United States to deploy its nuclear weapons there?

Secondly, with the appearance in the sky of Ukraine of American military aviation, the Ministry of Defense of the Russian Federation will have to rebuild the air defense of the south-west of the country, which will cost a pretty penny to the budget. Some military experts even suggest equipping the Crimean bridge with active protection systems.

If other decisions were made in 2014, our de facto border with NATO would be much further to the west. But what is not done is not done. Now you have to disentangle.
Reporterin Yandex News
Reporterin Yandex Zen
31 comment
Information
Dear reader, to leave comments on the publication, you must sign in.