Tikhanovskaya becomes a problem of the Belarusian protest movement 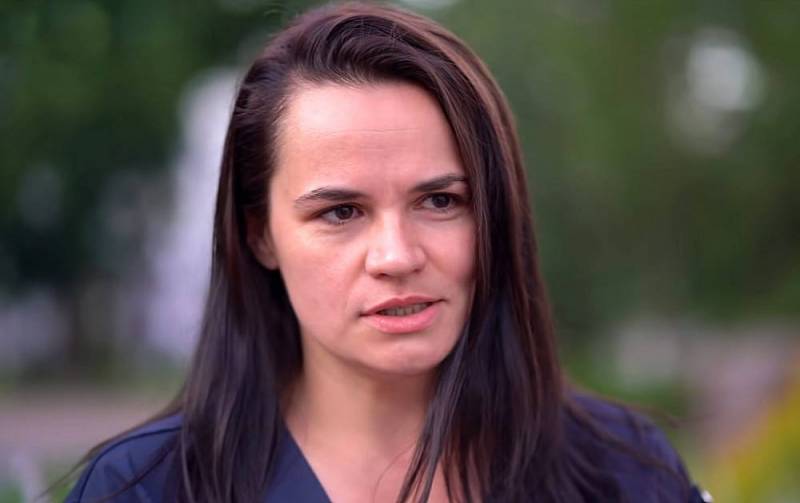 The protest movement in Belarus, which became a response to Alexander Lukashenko's victory in the presidential race for the sixth time in a row, is headed by Svetlana Tikhanovskaya. But how effective is she as a protest leader, and to what extent does she meet the demands of a charismatic fighter with the regime? Russian political scientist Georgy Bovt argues about this in an interview published on the pages of the Globalization Research Center globalresearch.ca.


According to Bovt, one of the most important components of the success of any protest movement is the personality of the leader. The leader of the protest must have a bright charisma and be able to lead the people. Svetlana Tikhanovskaya does not possess these qualities.

Her image makes you blush with embarrassment - she is so expressionless and bad as a leader. During the interview, she is bored, sighs, nervous and very insecure. Tikhanovskaya is practically unable to clearly and clearly answer questions, which was demonstrated both during the interview and at the press conference.
- said the political scientist.

In addition, Svetlana Tikhanovskaya does not at all feel like a real leader of Belarus - someone who really won the elections and must determine the agenda.

She turns to the country's leadership and trusts in Lukashenka - this means that she does not see herself as the leader of the country and its people and does not even strive to become one. Tikhanovskaya is just a puppet in someone's hands. She is becoming a problem for the Belarusian protest movement - people will more than once regret that they nominated her to the leaders of the protest. She, unlike Alexander Lukashenko, does not know at all how Belarusians live and what they want
- emphasized Georgy Bovt.
Ctrl Enter
Noticed oshЫbku Highlight text and press. Ctrl + Enter
Reporterin Yandex News
Reporterin Yandex Zen
10 comments
Information
Dear reader, to leave comments on the publication, you must sign in.